After photos of what looked like him and his wife fighting at the Avengers: Endgame premiere, Liam Hemsworth is setting the record straight. Liam Hemsworth says his Miley Cyrus fight at Avengers: Endgame premiere was all playful. It was a little lover’s spat. On Monday evening, the two showed up (flawless as usual) to the Los Angeles premiere, where they hit the purple carpet. On the red carpet, the 29-year-old actor reached out to touch his wife’s stomach, which she did not like. Cyrus jokingly scowled and shoved his hand away. Of course, the moment happened right in front of all of the cameras, and concerned fans thought their fave couple might be on the rocks.

But never fear, people—Hemsworth is here! And he totally set the record straight when he reposted one of the photos on Instagram. He wrote, “Tickle, tickle”—making it clear that there was no ill will between him and Cyrus. They’re still just as adorable as ever, and we honestly can’t take it. Cyrus was certainly in a playful mood as she posed with her dashing husband. She even leaned over at one point…jokingly licking his chest? Or aiming too anyway. Interesting.

This couple is used to teasing each other, and we honestly love it. After 10 years of an on-again, off-again relationship, Cyrus and Hemsworth finally married in December 2018. The two tied the knot in an intimate ceremony at Cyrus’s Franklin, Tennessee home. Cyrus wore a silk Vivienne Westwood gown, while Hemsworth wore a black suit with Vans. He tends to go for the classic look. He went with a black tuxedo and white shirt at the Avengers premiere, but still kept things slightly breezy by going tie-free for the big event.

The whole Hemsworth clan (including brothers Chris and Luke Hemsworth) got together for a photo-op at the premiere. Has there ever been a more attractive group of people? 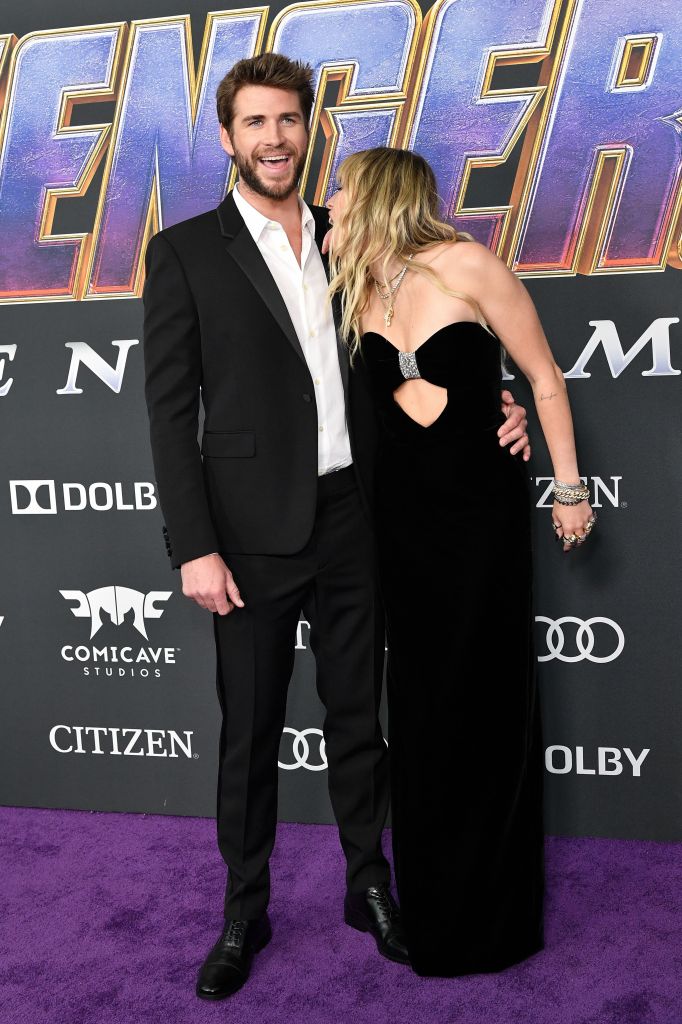 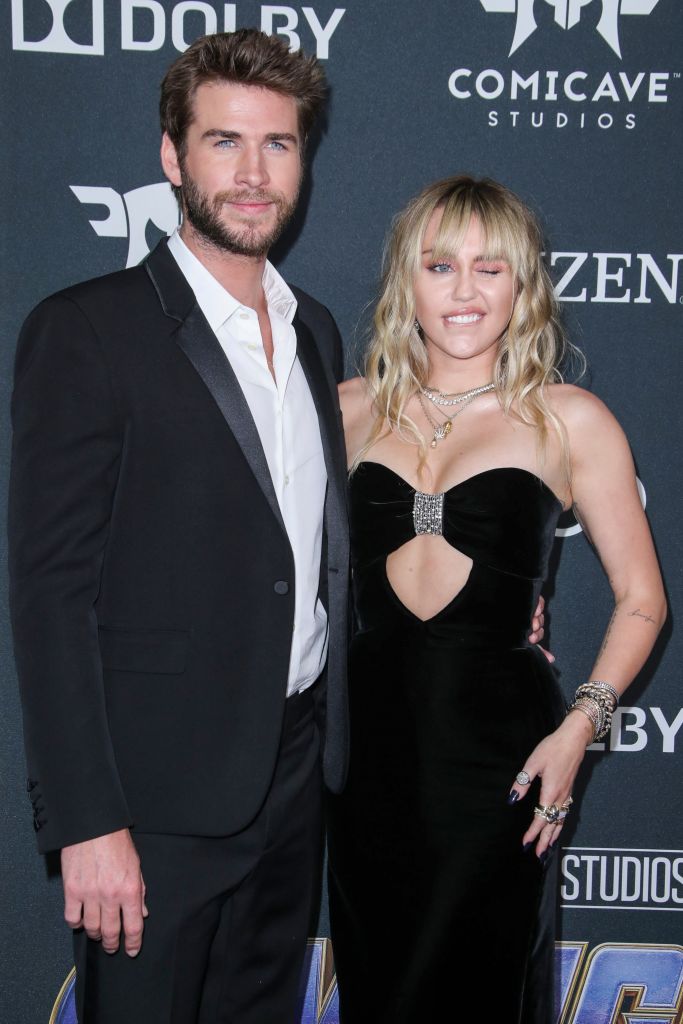 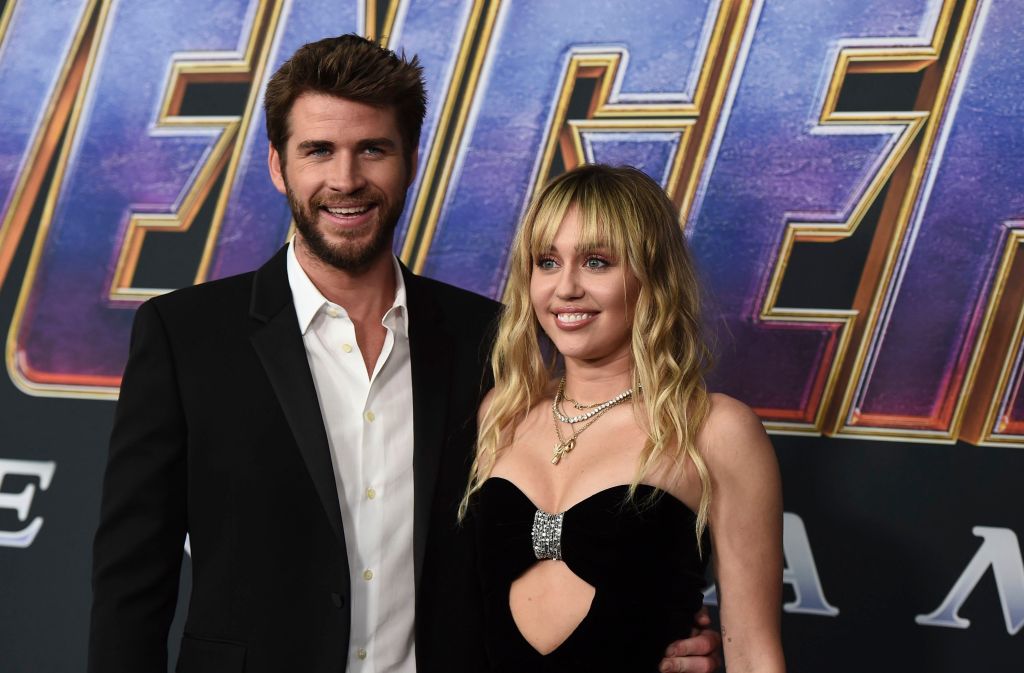 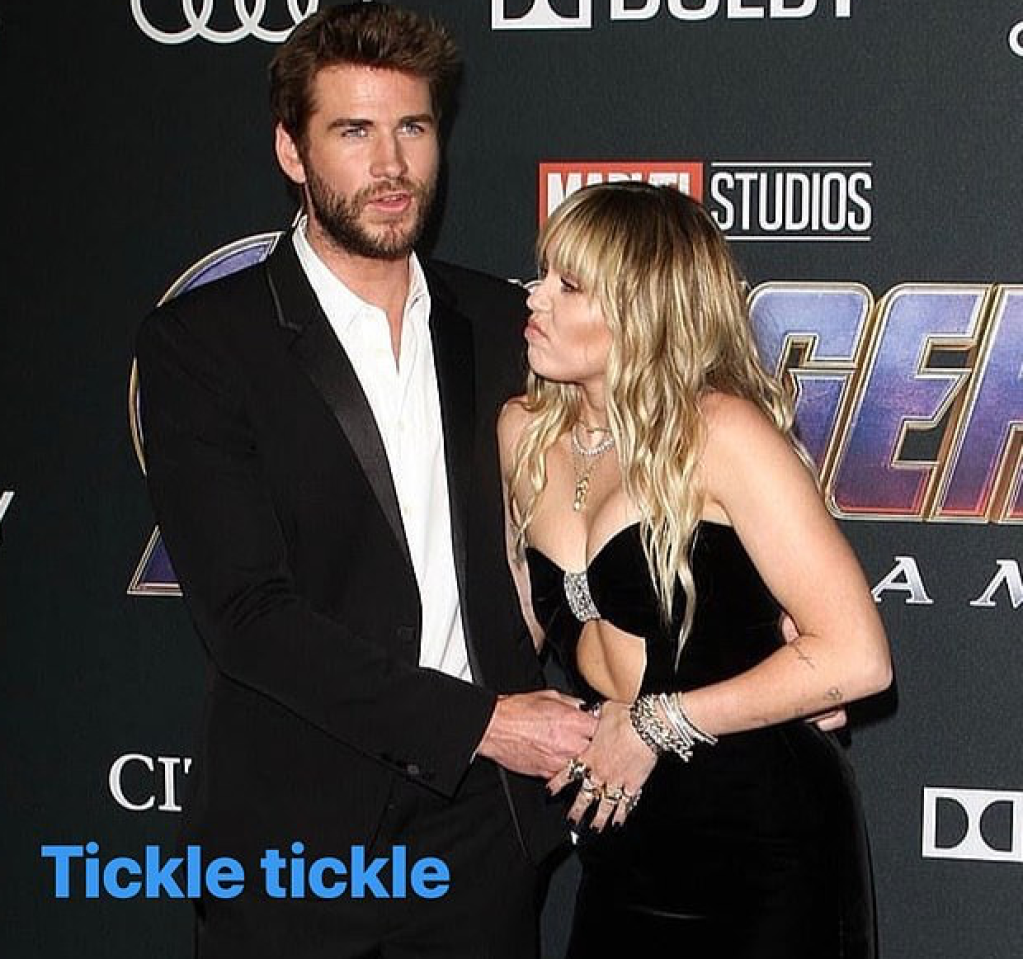