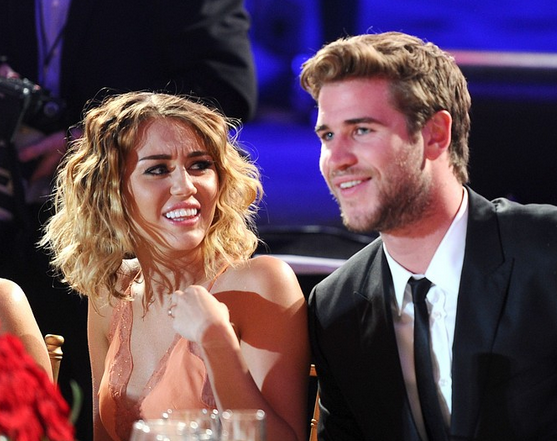 It’s safe to say that the world knows a lot about Miley Cyrus. After all, she’s not exactly the most reserved person — she’s the only 19 year-old we know who would rock a Pucci crop top on a red carpet and go on the record as saying that sex is amazing! But what does the world really know about her fiancé, the hunky Liam Hemsworth? He has a sexy Australian accent, seems to be completely enamored with Miley, and is on his way to making bucket loads of money thanks to his role in The Hunger Games franchise — not to mention a slew of other high-profile flicks that are in the works. But he doesn’t really talk!

It turns out Miley seems to be doing the talking for him. WWD reports that Miley swung by the Zanerobe and Project official after party at the Soho Grand Hotel, where she was chatting with partygoers about how Hemsworth is interested in starting a menswear line. Apparently, she “discussed the ins and outs of the business with fellow revelers.” We can only imagine how these chats went, considering The New York Daily News also reported that Miley was doing Patron shots all night and kissed a female friend before partying until 4 a.m.

Regardless of Miley’s, er, state when she was pitching her beau’s potential menswear line to half of New York, we have to say we’d completely support it. The man looks sharp in a suit, and while he may not say much, we’re guessing he can make other gents look dapper as well.