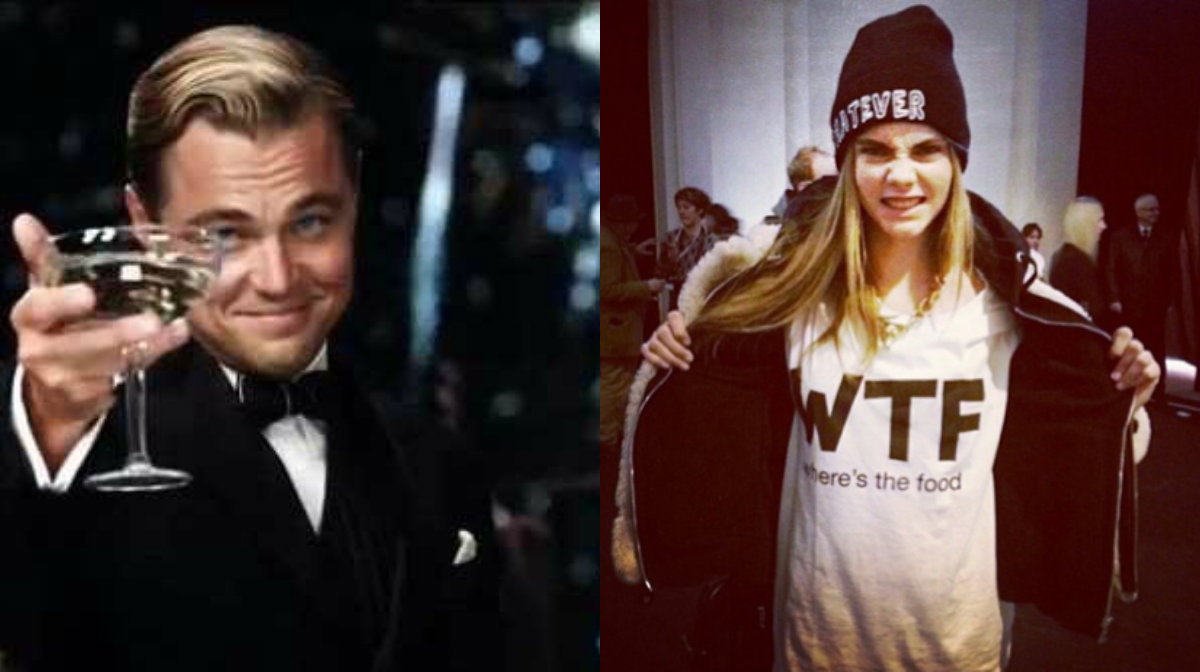 Along with death and taxes, Leonardo DiCaprio hitting on models can be counted as one of life’s concrete certainties. The 38-year-old “The Great Gatsby” star has a long history of dating catwalk queens, and it seems he has no plans to stop.

According to Life & Style, Leo’s been partying it up at the Cannes Film Festival where he apparently crossed paths with 20-year-old model of the moment Cara Delevingne. Leo took such a liking to the young Brit, that he went so far as to “lunge” at her during a “Gatsby” soiree. A source reports that despite his best efforts, Delevingne isn’t having it. “She dodged him,” the source said.

Not that deterred the persistent actor, who reportedly “[begged] her to go back to his hotel room, but she declined.”

It’s safe to say that Leo’s probably not to used to rejection, considering his knack for dating whoever the current It-girl happens to be.

Just to recap: At the height of her 2011 “Gossip Girl” fame, he dated Blake Lively. He also dated Gisele Bundchen on and off from 2000 to 2005 when the Brazilian supermodel was skyrocketing to fame, not to mention a slew of other buzzy models like Erin Heatherton and Bar Refaeli, as well as ’90s It girl Bijou Phillips in the actual ’90s.

Although it seems Cara was less than enthused about Leo’s advances, she reportedly threw him a bone in the form of her cell phone number, so all hope isn’t lost. However, if we were to guess, we’d imagine that she’s way too busy getting tattoos with her BFF Rihanna, and making headlines for her scandalous behavior to date anyone right now.