When Leon Bridges wrote the soulful, reflective song “River” eight years ago, he dreamt of making a career in music but never thought it would happen. Playing small-time gigs every Tuesday night at the Magnolia Motor Lounge in Forth Worth, Texas, he’d be lucky to get more than 20 people to his shows. Bridges grew up with very little and his parents separated when he was seven. He cleared tables at restaurants to support his family and lived with his mom at home. Then, after she lost her job in the medical field, he took up a second one washing dishes.

One night, Bridges got to talking about clothes with White Denim guitarist Austin Jenkins by chance at a local watering hole. Weeks later, Jenkins and his bandmate Joshua Block stumbled upon Bridges performing “Coming Home” during his weekly gig. They thought it was a cover of Sam Cooke, who is regarded as the greatest soul singer of all time but when Bridges said it was his original composition, the rest, as they say, is history. Bridges signed with Columbia Records shortly thereafter in December 2014 and his career has been on an upward trajectory ever since. 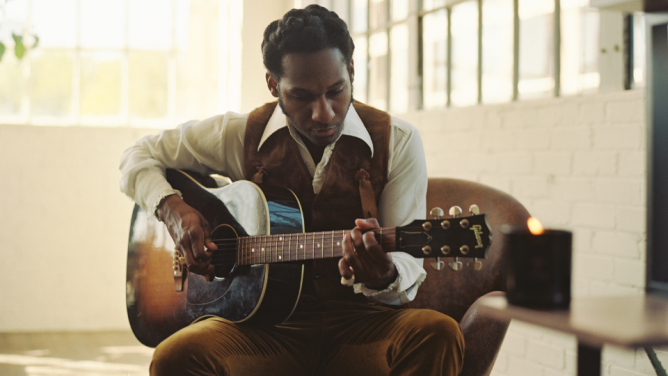 “I’m grateful for the experiences that shaped me and my music, even when at times it just felt so hard, but to be able to tour around the world and do music professionally and help others in my life has been life-changing,” he tells STYLECASTER. “Writing ‘River’ was very therapeutic and I appreciate how much it has meant to people.” The song, at the time of publishing in December 2022, has more than 310 million listens on Spotify and was featured in an episode of HBO’s Big Little Lies.

Bridges has released two studio albums since his debut Coming Home, which was released in 2015; 2018’s Good Thing and 2021’s Gold-Diggers Sound and all three releases have been nominated for Best R&B Album at the Grammys. He has completed multiple tours as well as festival appearances around the globe. When he’s not active on the touring circuit, he’s writing. “Music is year-round,” he says, attributing some of the best advice he’s ever received to his hero, Swing Mob alum, Ginuwine. “He told me to write every day, never stop performing and not be afraid to say no to things… I love to perform so when I tour, I tour globally on my own tour plus festivals. I never get tired of underplays or jumping up on friend’s sets too.” 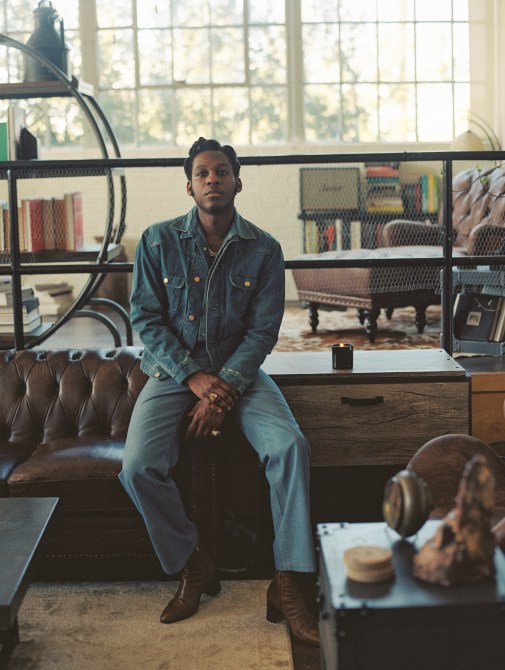 The scents and smells of home, though, are a simple comfort to maintain a “good vibe” whether on the road or in the recording studio. “Scent is important to me—recording studios, backstage dressing rooms and tour buses can sometimes be kind of gross and I prefer to have a good vibe and a clean space going,” he says. His collaboration with organic skin and body care brand Salt & Stone felt like a natural move, having become a fan of the brand thanks to a “small, curated shop” he likes to hit up. “I only work with brands I dig,” he says.

In the three-product collection (a candle, body wash and deodorant), named Blue Mesas after the closing track on Gold-Digger Sound, aromas are “earthy and woody”. He doesn’t like anything “too sweet or powdery”. Notes of black rose, spiced cloves and vetiver are scents that filled his childhood home but also hung in the air at some of his earliest gigs. “These scents remind me of the incense my mom would burn in our home and a cologne that was my father’s signature scent,” he recalls. “Smell is one of the most powerful senses, it elicits emotion and memory for me. Anything with earthy or woody notes always triggers the memories of when I was heavy in the open mic scene and everyone was soaked in Patchouli oil.”

In everything he’s learned and experienced in the past eight years, we wondered what advice he would give his younger self. He says: “I would comfort myself by telling myself not to worry, that it was all going to work out.” Something we perhaps should all keep in mind.