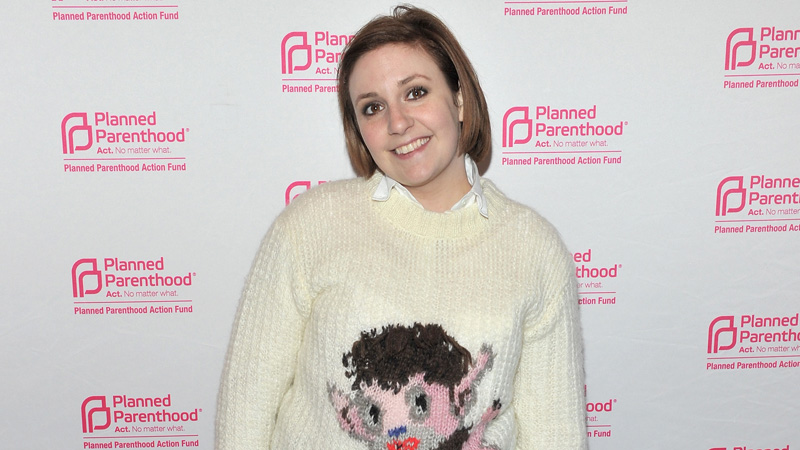 Everyone has an opinion on “Girls” creator and star Lena Dunham. Some love her, some hate her, and some are just outright jealous of her early success (she’s only 28 years old, remember). Regardless of your opinion, it’s hard to ignore the fact that she gets people talking, and that’s exactly how she likes it—especially if it gets us talking about issues near and dear to her, like women’s rights.

As such, Dunham was at the Sundance Film Festival  in Park City, Utah, to premiere her upcoming HBO documentary “It’s Me, Hilary: The Man Who Drew Eloise,” but she also was in town hosting a party in support of Planned Parenthood, where we had a chance to catch up with her.

“It’s been an incredibly rough year for reproductive rights in America, and so to have the opportunity to talk to such influential thinkers and storytellers about the work that Planned Parenthood does, is really great,” she said.

“It’s not just a political issue, it’s a lot about class, race and it feeds into all these other forms of inequality and injustice that exist in our country,” she added.

Dunham also opened up about her “Girls” character Hannah Horvath—and admitted that most people think that she and her character are one in the same. “It’s a confusing thing when people equate the words that come out of your character’s mouth with some real-life philosophy that you absolutely don’t possess,” she said. She also noted she doesn’t think this happens to men nearly as frequently.

But what do Lena and Hannah have in common? “A quality that I share with [her] is that we respond very negatively to feeling censored,” she said. “Hannah feels censored and devalued, and the thing that’s very Hannah about it is what she’s arguing is actually accurate, which is that throughout history, women’s writing has been given short shrift.”

Dunham—who’s raised eyebrows this year for a variety of acts and opinions, including a Twitter tirade on the Sony hack to sharing semi-naked photos of herself getting ready for a red carpet—is well aware that she isn’t liked by everyone. “I’m sure it’s connected to [women’s rights], I’m sure it’s connected to the content of the show and the way that I deal with my body on the show. Listen, I totally leave room for people to be irritated by me.”

If our opinion counts for anything, Lena, we wouldn’t want you any other way!