When Lele Pons released her YouTube docuseries, The Secret Life of Lele Pons, in May, she didn’t know what to expect. In the five-episode web series, Pons revealed her years-long battle with mental health disorders, such as OCD, ADHD, Tourette syndrome and depression, for the first time to her 40-million-plus social media followers. To her surprise, Pons was met with an outpouring of support from followers who saw themselves in her story.

“I saw so many responses saying, ‘I have this too. It feels so good to open up. We’re not alone,’” Pons tells StyleCaster. “It’s comments like these that made me wonder what people who are not famous and are just regular people who I don’t even know are doing and how they feel.”

This wonder led to the idea for Pons’ new podcast, Best Kept Secrets With Lele Pons, which premiered on August 19. The podcast, which is available on Spotify, invites anonymous callers to call in with their deepest and darkest secrets, which Pons will try to give her best advice for. “Everyone does interviews with celebrities, and they’re all super funny, but I wanted to do something a little bit different,” Pons says. “It’s good to have a platform for people so people can vent. Sometimes they want to open up to people who are not their friends because they might be too embarrassed or they don’t want to share little obsessions that they have.”

Ahead, Pons talked to StyleCaster about the craziest secret she’s heard from her podcast and the “relief” she felt when she opened up about her mental health battle for the first time.

On why her podcast is a “no-judgement” zone

“Because I opened up, I feel like they feel more comfortable opening up too. I’m like an open book. So talking to me, they know I can’t judge. I’m the last person who can judge because I’ve been through shit.” 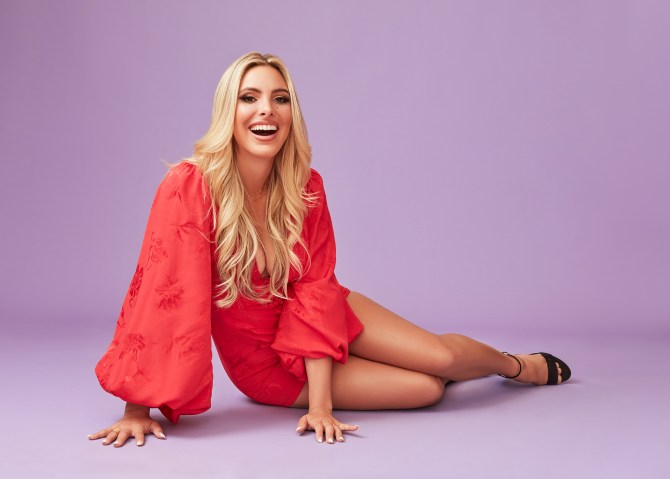 On the craziest secret she’s heard on her podcast

“There’s this one guy who had sex with his cousin, and she’s pregnant with his baby. He fell in love with her without even knowing that they’re cousins. In the end, someone told him, ‘Hey, you’re cousins. You’re close like family, blood-related.’ And I was like, ‘Oh. My. God.’ What do you say to this?”

I gave the advice that you should probably stay together with the girl because she’s going through the same thing you’re going through. I told them you have to go to a professional to talk about this. I’m not that person. Talking with him I told him, from the sound of it, you seem like you’ll be a great father. He was talking about his concerns. And I told him, ‘You know, people make mistakes, and you didn’t know she was your cousin.’ I told him stuff that made him feel better. Because they probably expect when they say this that someone will be like ‘Oh my God. You’re so stupid. You’re crazy. You’re fucked for life.’ Nah. I was like, ‘Everything is going to be OK.’”

On how she encourages her callers to seek professional help

“This is the type of stuff, where you can vent, but I’m not a therapist. So I do encourage them to get help if they need it. If the secret just a little bit of an obsession with a banana, I’m going to be like, ‘Fuck yeah, I love that.’ But things that are complicated, I usually give them advice and I’m there to listen to them.”