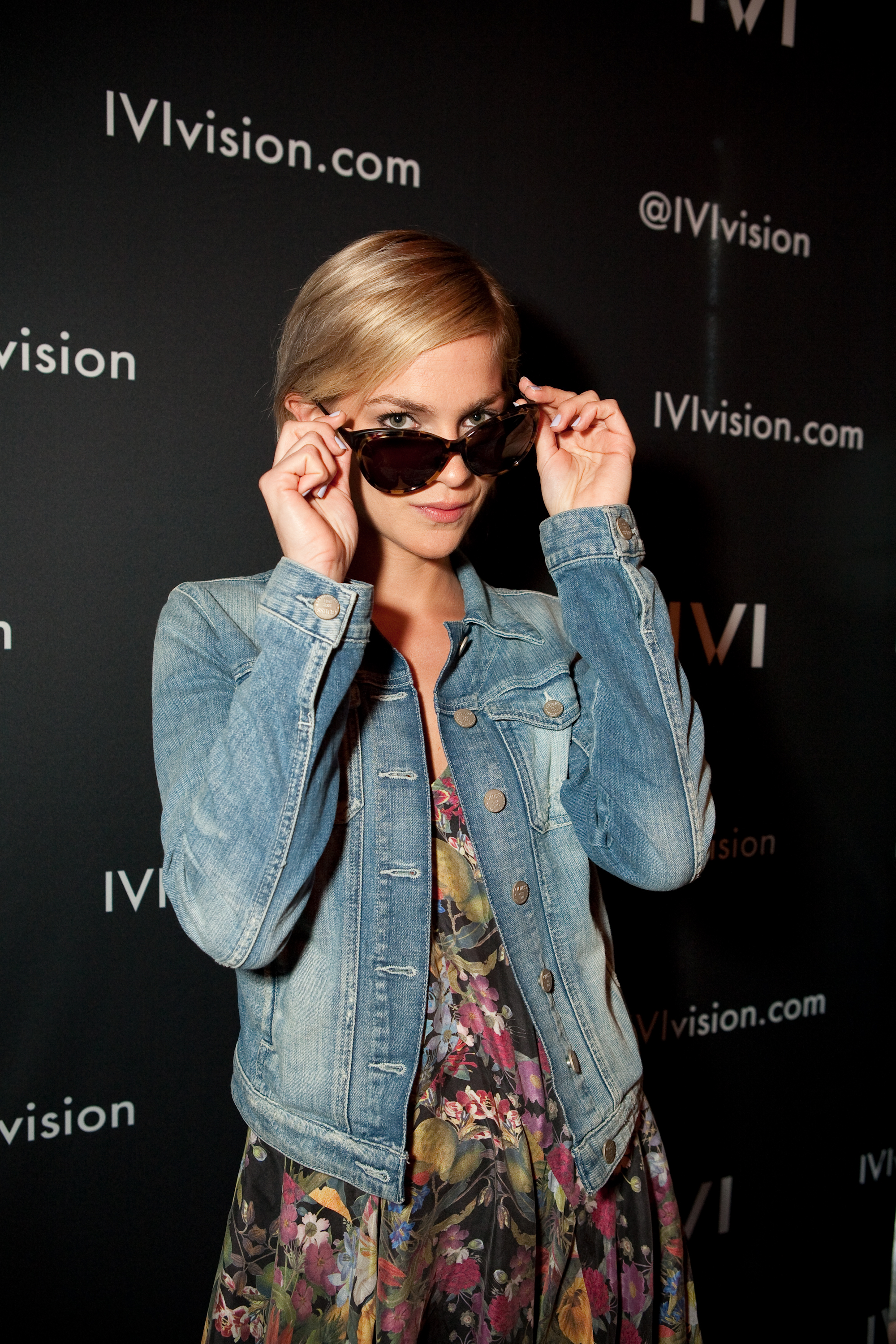 There are always familiar faces at fashion shows and events—and a staple on the scene is Leigh Lezark. As a model and one-third of popular DJ trio the Misshapes, Lezark’s unique sense of style is closely watched, and often emulated. Her latest gig is a partnership with IVI Eyewear, a sunglasses brand that hopes to better integrate the worlds of skateboarding culture and high fashion.

As IVI’s first female brand ambassador, she helps consult with her seasoned fashion perspective, and also stars in their Spring 2013 lookbook. We caught up with Lezark at the collection’s launch party at the Bowery Hotel in New York later this year, and couldn’t resist picking her brain about her style philosophy—as well as what she wore to prom (’tis the season, after all!) Read on for more.

MORE: 50 Sandals You Need This Spring

StyleCaster: You’re obviously widely recognized for your style—how would you describe it?

Leigh Lezark: I can’t describe my personal style at all! Basically, I put on things that I like.

What are three staples in your closet that define how you dress?

I think that every woman really needs to invest in a great pair of heels—every woman needs a pair! And the higher the better. Don’t be afraid—just drink off the shakes! A great handbag and a great leather jacket are also things that every woman needs in your wardrobe and should use a lot. They’re very interchangeable, whether it’s day or night or whenever.

Okay—it’s prom season. Do you have any shareable memories of the night, and what did you wear?

Yes, actually—unfortunately I do. I went to several proms growing up, and I had a silver Mylar dress that I wore to one. I actually repurposed for a later prom after it got destroyed at a rain storm on the beach. I don’t understand why I was there but…yeah! A year later, I had the straps cut off and had the dress shortened a bit and wore it again! Prom dresses for a high school kid on a budget aren’t cheap.

You influence plenty of people’s style—but who influences yours?

My inspiration is always Sophia Lamar. However, the biggest thing I do is that I don’t follow trends because I don’t want to look like anybody else. My advice is to set the trends, not follow them.

Maternity style is such a hot button issue right now in the celebrity fashion world. Do you have any opinions on it and how one should dress?

I think that after I have a child I’d be able to give you an answer on that one! I feel bad for people that are criticized for how they look during that time. I don’t know because I haven’t had that body shape. But there have been really great people, like Lauren Santo Domingo and Julia Restoin Roitfeld, who have made incredible fashion statements with their bumps.

What are your recent splurges or big purchases?

I just moved! So that’s a big enough splurge. That’s a whole lot!

What are you working on right now?

This wonderful collaboration with IVI. We were just in Machu Piccu doing Lima Fashion Week, and we were at Coachella. We’re putting out an album later this year with remixes and what not. There are other exciting things but I can’t tell you yet—keep an eye out!

You’ve been a presence at every fashion week. What are the key differences you see between fashion weeks?

Just the four main ones—or Jakarta? Because I’ve done that too! I guess the key difference is in production is vast. In New York, Milan, Paris, and London it’s very straightforward. You sit and watch the show. In some other places like Jakarta, Lima, and Buenos Aires, they announce when the show’s about to start to get you in your seat. The tents are just different—they just do it differently. In Lima, we were on the stage DJing while the models walked around us. In New York, you definitely wouldn’t see that! The trends are all different too—except for a really high heel.