“Whoever said orange was the new pink was seriously disturbed.” Don’t worry Elle—we believe in pink and only pink. And we are SO excited about the update on Legally Blonde 3 starring Reese Witherspoon. Nearly 18 years ago, the first Legally Blonde film was released and the world fell in love with the pink-wearing, highlight-wielding, high-heel-sporting, badass law student, Elle Woods. The film grossed over $141 million worldwide through box office sales (What? Like it’s hard?).  The wild success of the Witherspoon’s charmingly neurotic, shockingly intelligent character’s story quickly led to a sequel—Legally Blonde 2: Red, White & Blonde.

Now, the third film is well underway, and the release date is set for February 14, 2020—just eight months away! Also, that day is a very interesting choice because…hellooo…it’s Valentine’s Day. So does that give us some insight into what this film may be about? It must be some sort of clue. Because you wouldn’t pick that specific of a holiday without having some connection to it, right? While we don’t know the plot just yet, we do that the film’s original writers and producers are back on board. According to Deadline, Kristen “Kiwi” Smith and Karen McCullah (the OG screenwriters who turned Amanda Brown’s book into the blockbuster hit back in 2001) are working on film #3. Producers Marc Platt and Adam Siegel are back on board as well. And of course—Reese Witherspoon is acting in the film once again. But now she’s also signed on to produce the film with her own production company, Hello Sunshine. No director has been set but we’re guessing the rest of the team will be ~fire~.

Witherspoon confirmed the the third film exactly one year ago—on June 7, 2018—with the most epic Instagram post ever. Witherspoon donned that pink sequined bikini (you know the one) and FLOATED BY ON A FLOATY. That’s literally all the post was, with the caption, “It’s true… #LegallyBlonde3.” Naturally, fans lost. their. minds.

In the first film, we watched Elle fight against stereotypes, proving to everyone but—most importantly, to herself!—that she could do whatever she sets her mind to. Though her focus was initially on love, she quickly learned she had a knack for law. Just because she didn’t look at cases in the exact same light as her professors and didn’t dress like her peers, people didn’t take her seriously. But oh how the tables turned! Remember this scene? 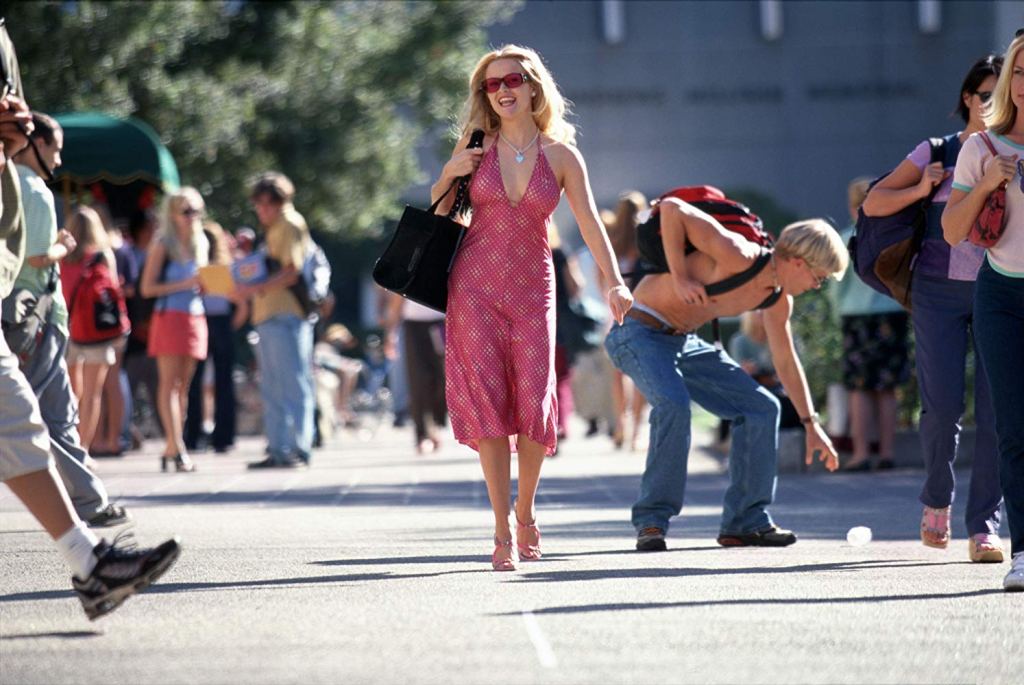