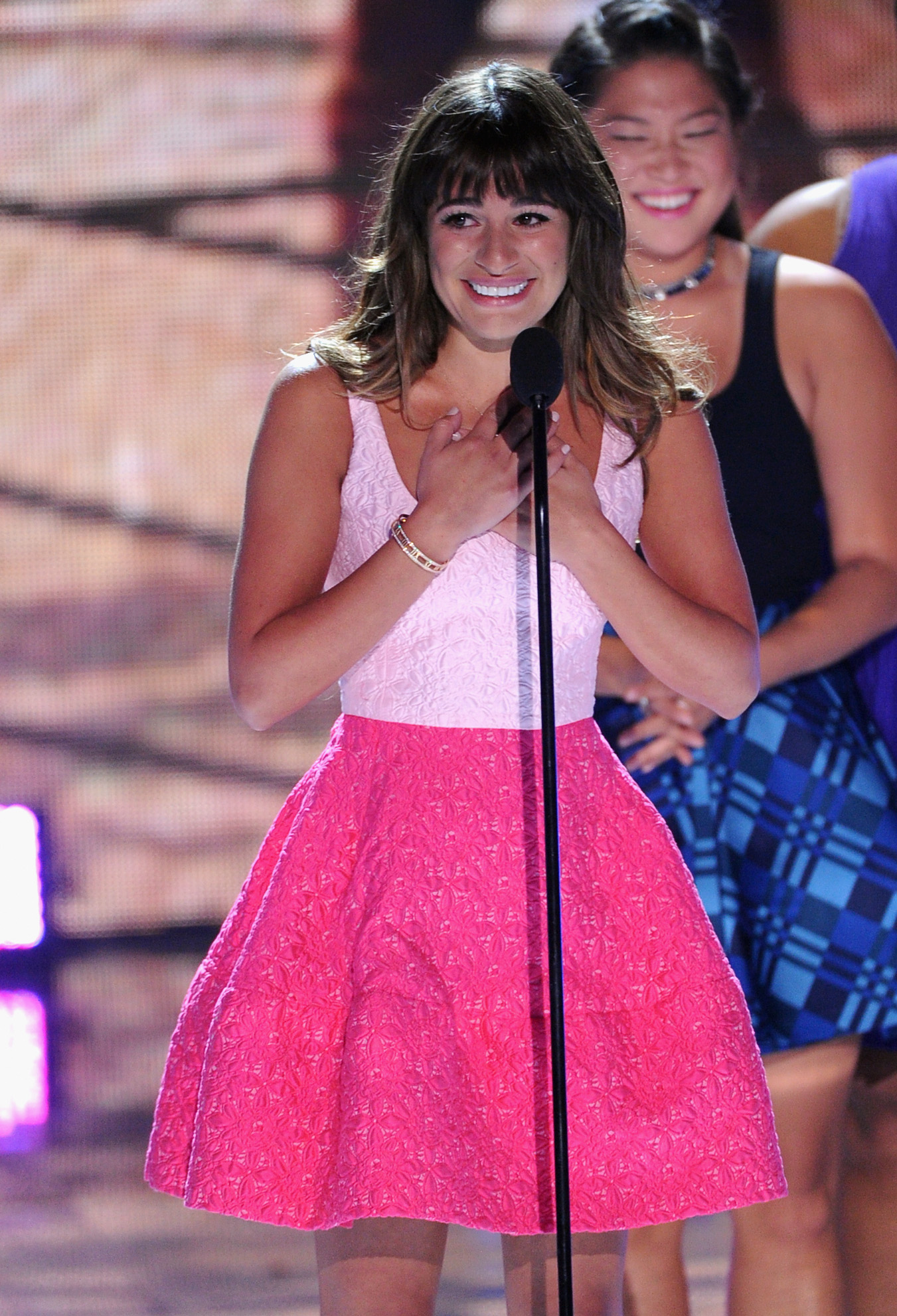 Last night’s Teen Choice Awards brought out a slightly disappointing red carpet (minus starlets like Miley Cyrus, Kerry Washington, and Selena Gomez)—but there was one thing that everyone is talking about: Lea Michele‘s acceptance speech. After her boyfriend and “Glee” costar Cory Monteith tragically passed away from an overdose at 31 years old last month, many doubted the 26-year-old would even attend the awards show. However, she mustered up the courage—and an Oscar de la Renta Resort 2014  pink dress—and took the stage.

While accepting her award for Choice TV Actress: Comedy, she began to tear up, stating, “Thank you, guys. Thank you. I just wanted to be here today to personally thank all of you and tell everyone out there how much your love and support has meant to me over these very difficult past few weeks. Not that I had any doubt before, but you guys are most certainly the greatest fans in the world,” as she clutched a necklace with his name on it. Michele also wore a bangle from the Tiffany Atlas collection from Tiffany & Co.

“So whether you knew him personally or just as Finn Hudson, Cory reached out and he became a part of all of our hearts and that’s where he will stay forever. So thank you guys so much. Thank you,” she continued. Her costars then accepted the statuette for Best TV Comedy, and proceeded to honor Monteith as well.

We’re impressed with Michele’s ability to show a brave face, if only for the millions of fans who are still reeling over Monteith’s death. While it’s likely that she won’t be making too many appearances in the near future, this was a good way to publicly address the tragedy, among the show’s biggest and most real fans.