If you’ve been following Detective Olivia Benson for the past two decades, you may want to know what Law and Order TV show gifts are out there to give to yourself or other SVU superfans in your life.

Law & Order: Special Victims Unit, a spinoff of Law & Order, premiered on NBC in September 1999. The show followed Detective Olivia Benson (Mariska Hargitay) and Detective Elliot Stabler (Christopher Meloni) as they worked in the Special Victims Unit in a fictionalized version of the New York City Police Department. Meloni starred on the series for 12 seasons until he left in May 2011. Hargitay remains on the series.

Since its premiere, Law & Order: SVU has aired for more than 20 seasons and won more than 30 Emmys, including one for Outstanding Lead Actress in a Drama Series for Hargitay in 2006. (She became the first main cast member from any Law & Order show to win an Emmy.)

However, with so many seasons on the same show, there are bound to be details that Hargitay has forgotten about. In an interview on Late Night With Seth Meyers in 2019, Hargitay revealed that she forgot the storylines of one of her episodes while watching a rerun on TV. “However, about a month ago, I did and I stopped. And it was so old, and I’m like, ‘I don’t remember that,'” she said at the time. “And I said, ‘Oh, I’ll just watch and remember what episode it was.’ And I sat there, watching and watching. Half-hour went by, got completely engrossed in the show. Didn’t remember a thing. Didn’t even know it was me! Like, ‘This is a good show!’ But it was so sad, because I could not remember. And then I tried to remember, and I just couldn’t.”

Of course, Law & Order: SVU superfans know each episode and case by heart. If that viewer is you (or someone you know) read on for the best Law and Order TV show gifts to treat yourself or another SVU superfan with. 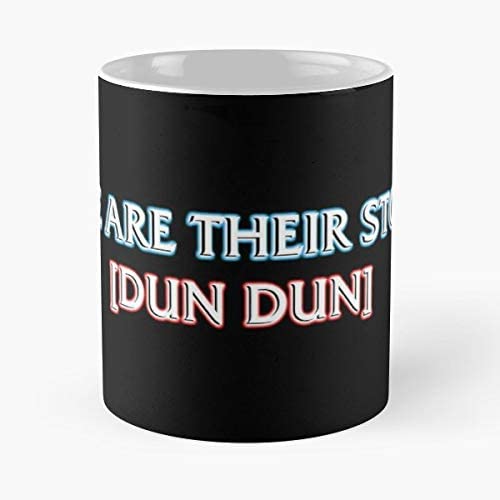 Can’t get the opening monologue to Law & Order out of your head? This coffee mug featuring the last two lines of the speech is for you.

“What Would Olivia Benson Do?” T-Shirt 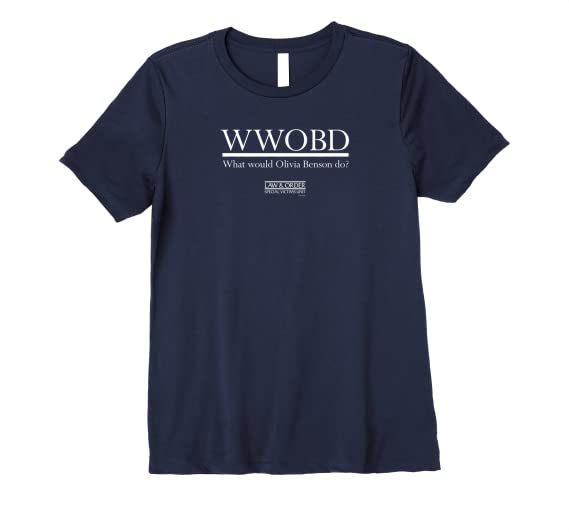 Everyone Law & Order fan has asked themselves at least once in their lifetime: What would Olivia Benson do? This T-shirt features the “WWOBD” question front and center. 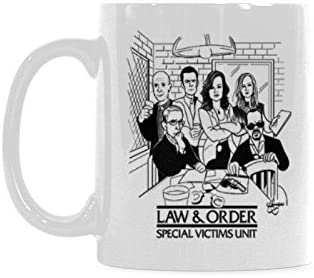 Sip your morning joe with the cast of Law & Order. This coffee mug features a black-and-white illustration of the cast as they investigate a crime. 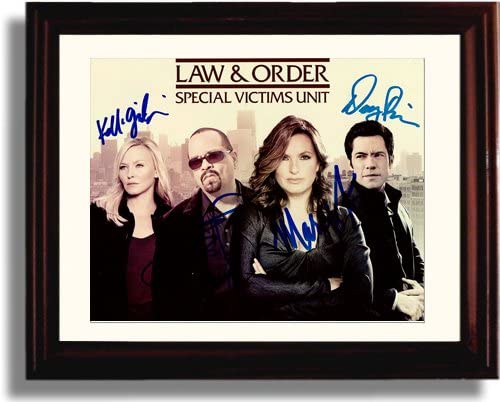 Though not the real thing, this framed replica of the Law & Order cast’s autographs is still a must-have for any SVU superfan’s home. What visitors don’t know won’t kill them. 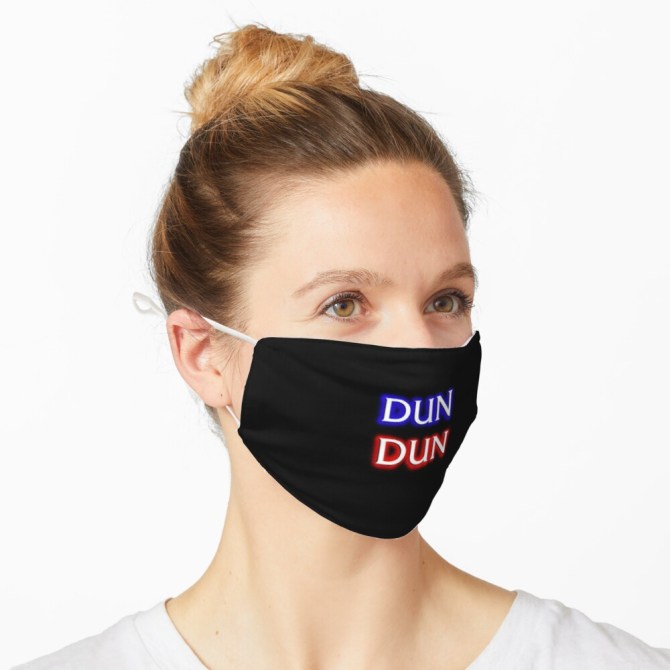 If you can’t help but hear “dun dun” whenever you think of Law & Order, this face mask is for you. The plain black mask features the iconic two words uttered at the end of SVU‘s opening monologue. 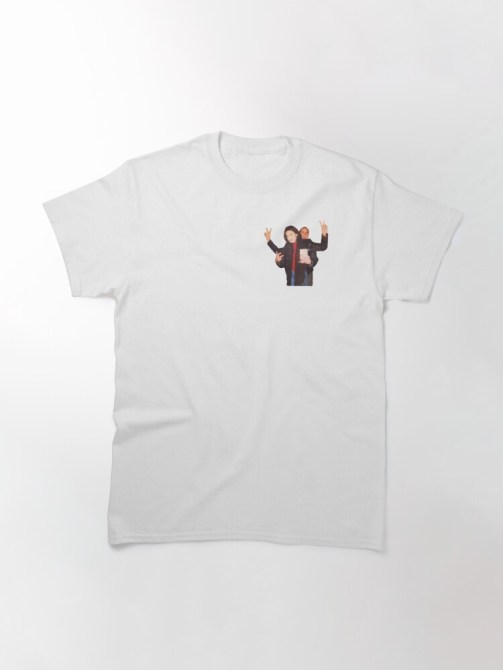 Simple but classic. This plain white tee features an illustration of Mariska Hargitay and Christopher Meloni behind-the-scenes of Law & Order. 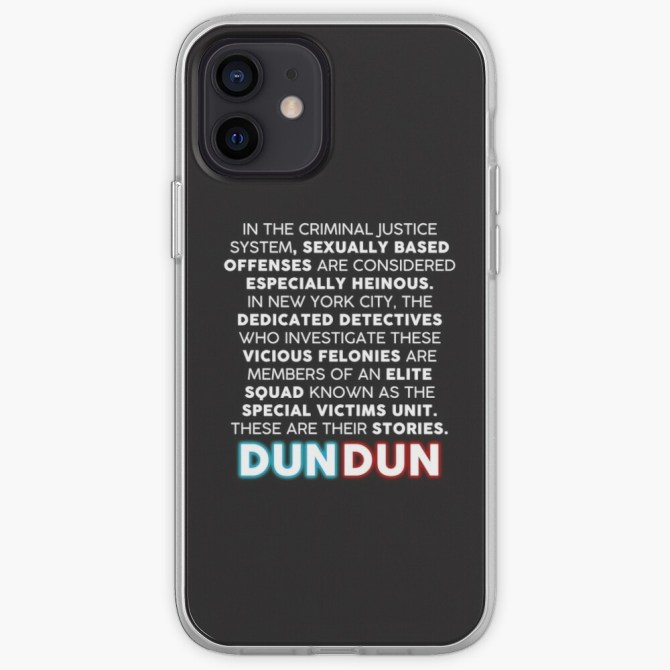 Any Law & Order superfan knows the opening monologue by heart. But if you’re still new to the fandom (Hello? Where were you these past 15 years?), this phone case can give you a crash course in what you’ve missed. 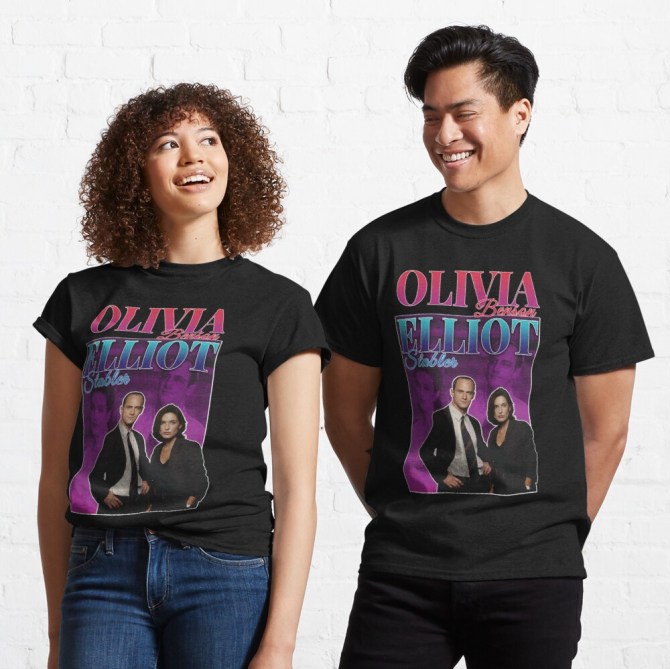 Benson and Stabler are the dream team, and there’s no better way to show your Law & Order pride than a T-shirt. This vintage-inspired tee features the crime-fighting duo front and center. 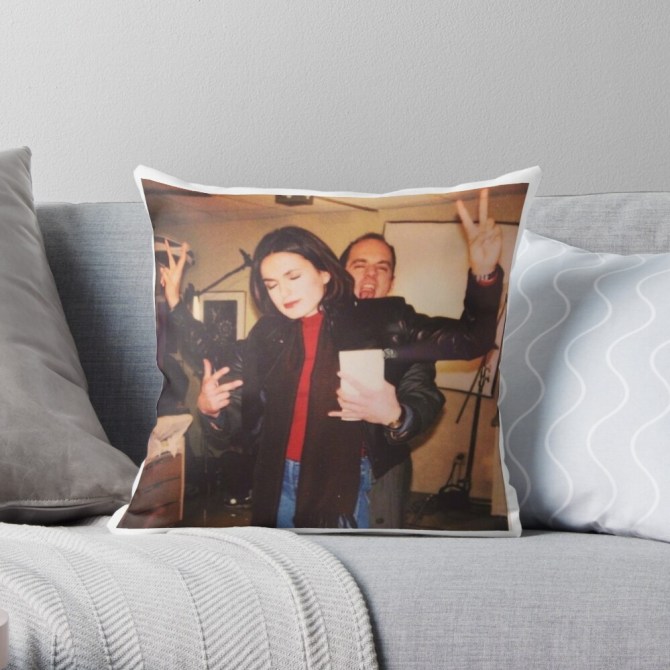 Sleep like a baby with Benson and Stabler by your side. This throw pillow features a throwback mirror selfie or Mariska Hargitay and Christopher Meloni behind-the-scenes of Law & Order. 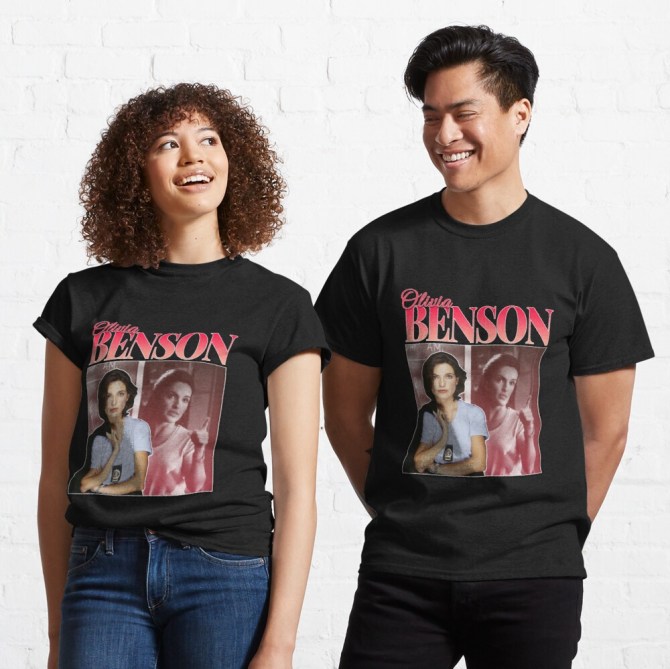 Wear your Benson love loud and proud with this vintage-inspired T-shirt featuring none other than Detective Olivia Benson. The shirt includes two photos of Benson: One of her with her detective badge and another black-and-white snap where she means business.