Laverne Cox’s life looked a lot different before Orange Is the New Black. “Eight years ago, I was on a payment plan to pay my rent because I got an eviction notice in February of 2012,” Cox tells StyleCaster. “Orange just changed everything. It’s overwhelming to think about the past seven years since our first season premiered.”

Cox starred as Sophia Burset, a hairstylist who was incarcerated for credit card fraud at a women’s prison in New York, from seasons 1 through 7 of OITNB. In 2014, Cox became the first trans actor to be nominated for an acting award at the Emmys, an honor she doesn’t take lightly.

OITNB also afforded Cox opportunities, such as her recent partnership with Gold Bond’s #ChampionYourSkin campaign, which celebrates people who “put their skin to the test to create a better world.” Cox—whose favorite Gold Bond product is the brand’s Ultimate Healing Skin Therapy Lotion
(“You don’t have to use a lot of it and you can get yourself nice and moist.”)—also encourages fans to visit the Trans Wellness Center, whom she considers the skin champions in her life. “This campaign is about celebrating everyday people, no matter what size, color or condition your skin is in,” Cox says. 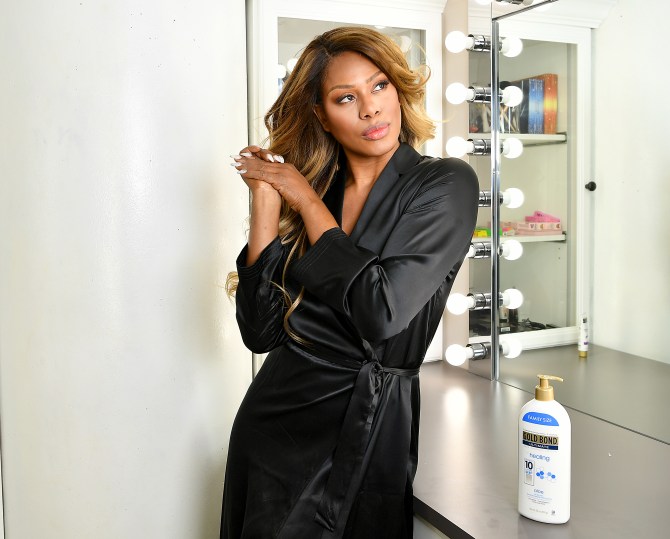 Ahead, StyleCaster talked to Cox about her thoughts on an OITNB spinoff with Sophia, where she thinks Sophia is now and why she recorded three speeches for the 2020 Emmys. (Spoiler alert: Cox didn’t win the Emmy for Outstanding Guest Actor in a Drama Series for OITNB, but as she tells StyleCaster, “I’m already a winner.”)

On how she prepared for the Emmys

“Because the guest actors are announced at the Creative Arts Emmys, all the nominees have to pre-record a speech in case they win, and when the winner is announced, they play whoever the winner is. I recorded it three different times because I wasn’t happy with it. It’s kind of weird. But what’s kind of awesome about it is…Like I know I’m a long-shot to win and it probably won’t happen, but it was lovely to live in this space of having won an Emmy for acting and to make that speech. There was something really lovely and amazing about that manifestation.”

On why she recorded three speeches for the Emmys

“I’m going to be really real. If I were to win, it would be historic. The other three times I was nominated, I have to say, I was relieved that I didn’t win. Oh my God. I can’t believe I’m saying this out loud. But I was relieved that I didn’t win because I was like, ‘This is going to be the first time a trans person has won an acting Emmy, and this speech would need to be really amazing.’ This is the pressure I put on myself. I was so overwhelmed by the idea of winning an Emmy for acting that I was so emotional. I was kind of a wreck stepping into the space of actually winning. That was the first time. It was way too long. They were being really strict about the 30 seconds. The second I didn’t like the look I had, and I didn’t feel like the speech met the moment. The third time, I don’t know if it met the moment, but I had to let go of the grandiosity of ‘I have to make a speech that’s as compelling as Halle Berry’s Oscars speech or Viola Davis’ Emmys speech.’ I put all that pressure on myself to make this iconic speech because it was history in the making. I had to let go of that grandiosity and perfectionism and to be in the truth of who I am and to be in the humbleness of Laverne instead of trying to be all grand.” 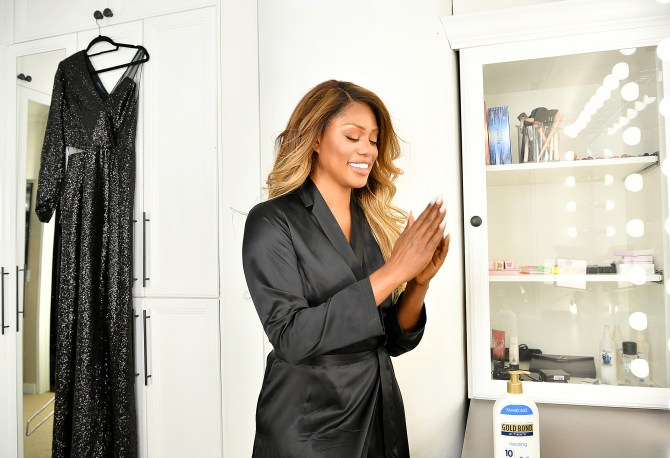 On if she would consider an OITNB spinoff about Sophia

“I don’t know. Everything is about timing with a spinoff. I’m so excited about doing other projects. We have so many things in the works that I’m extremely excited about. I love moving on. Seven seasons is a long time to play character. I like to think that Sophie is living happily ever after. That she’s found love. She’s obviously killing it in her salon. I’d like to think that she has a great relationship with Crystal as they co-parent their growing son. I like to think that she’s living her life as it’s golden and has left behind her prison days completely.”

“I met a young person who’s an amazing activist.  He said he learned about the criminal justice system from watching Orange. I was just like, ‘Wow.’ I know there are a lot of conversations around mass incarceration that weren’t happening on a mass scale before our show. I noticed that people have short memories and forget some of the issues that were brought up in Orange. There are so many new issues now. Our struggle is one of memory against forgetting. It’s so important to be in this space of continuing to remember the struggles.”

On how she’s different from Sophia

“I’ve always said I don’t think I’m like Sophie at all. There’s a certain person I based Sophia off of. You’re a part of every character that you play. Every character is a part of you. What Sophia has taught me and what Orange has taught me is everything is possible. What the experience taught me is that it’s God’s time, not my time. When I turned 40, eight years ago, and hadn’t worked in almost a year. I was like, ‘Oh, this acting thing was a nice dream, but I should let this go.’ Then I auditioned for Orange and I didn’t stop acting, and I’m still acting. My life is completely different. The Orange experience taught me that things don’t happen a minute before they’re supposed to.”