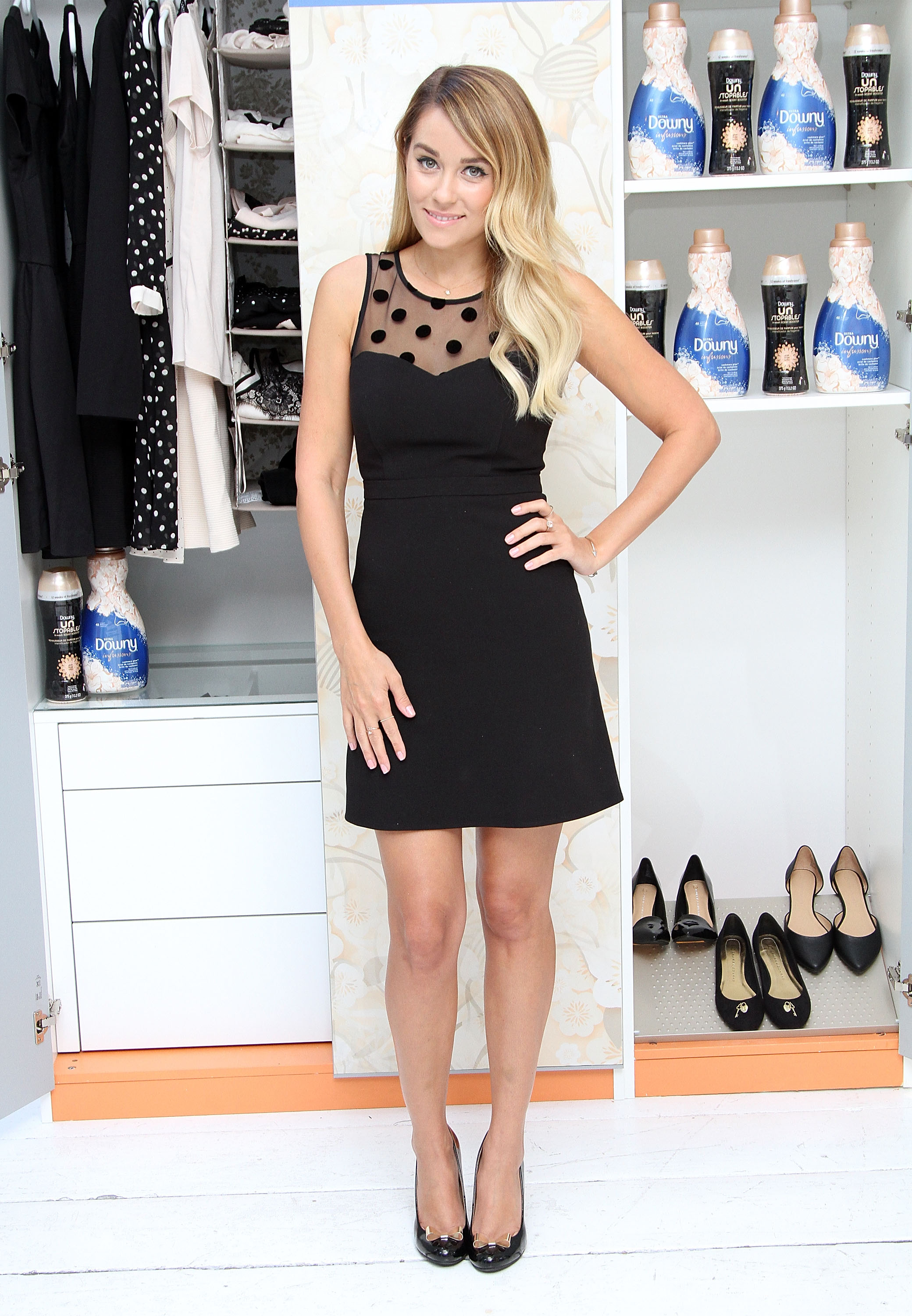 Ever since her days on “Laguna Beach” and “The Hills,” Lauren Conrad has been working to make her stamp on multiple industries. She’s had her own line of clothing and accessories at Kohl’s for several seasons now, she’s written  and promoted both how-to and fiction books, and now she’s taking on fabric softeners.

MORE: It Takes HOW Long For Lauren Conrad To Do Her Hair?!

Conrad has partnered with Downy on a Pinterest sweepstakes inspired by a recent study which found that 80% of American women have fallen out of love with many of the pieces in their closet. The Pinterest sweepstakes enters users with each new re-pin from Downy’s #ClosetLoveAffair board. The grand prize: a renovated closet provided by California Closets, a gift card from Kohl’s to purchase pieces from LC’s collection,  and a wardrobe consultation provided by Elle. Not too shabby.

MORE: OMG: ‘The Hills’ is Returning to MTV?!

LC sat down with StyleCaster to talk closet revitalization, her favorites for fall, and her plans for her 2013 Halloween costume. (The latter might surprise you the most!)

StyleCaster: Every woman has stuff her closet she no longer loves. What are some great tips for revitalizing your closet?
Lauren Conrad: I think that everyone’s gone through this, where you just basically get into a style rut and you’re just kind of over everything in your closet. I recently moved [in with my boyfriend William Tell], so I had to move everything in my closet, and it was kind of like Christmas Day. I took a day to get rid of stuff and purge, and I just found pieces that had been sitting in my closet forever, things I got like 7 years ago. I was able to interject a little newness and bring back old pieces.

So what’s the number one thing women can do to make it an easier project to work on?
I went through my entire wardrobe, and anything I hadn’t worn in a year I set aside. Then I went through that pile. There are some things that are special occasion pieces, but anything that you’re ready to step away from, just donate it. The stuff that I was still a little iffy about, I put into suitcases and just stored them. If I don’t go into my suitcases over the next six months, I get rid of it.

I have a weird connection with my clothes, so it’s hard! I was a little bit upset when I had to get rid of some things. But you just have to go through and decide what youre wearing, what you’re not, and what you’re missing.

You just moved in with your boyfriend, congrats! How have you had to adjust your life to living with a guy?
The place I moved into, we renovated the place—we’ve been working on it for over a year now. I kind of redid it all really. It was nice to start from scratch. I bought a place and basically gutted it, and my father’s an architect so we designed it together. It was really fun, but it was a little overwhelming to have so many choices.

We know how much you love Halloween. What are you going to be this year?
I’d love to know! I’m just like calling around. I’m going to be in Vegas celebrating my little brothers 21st birthday. I don’t want to embarrass him by going in full costume. I was thinking about wearing a little cocktail dress and then making big lace bunny ears and maybe a little bunny tail, and then I can quickly take them off if it’s not a costume party.

What have some of your favorite costumes in the past been?
Last year I did Mary Poppins, and I just ordered a little red bowtie. My girlfriend owns the umbrella with the parrot head. And I owned the hat. Once I was a ghoul, like a ghost, I just went and bought yards and yards of tulle. I made a dress out of it. I’m trying to figure out a different way to wear it this year because I liked it so much. Two years before I made a bluebird costume out of ostrich feather boas sewing them onto a little bodysuit. I basically just make costumes for children [then wear them].

Any of Fall’s trends that you’re particularly in love with right now?
This fall, I’m really loving all the lighter grays and whites. Things look really dark during the fall, and I love those lighter tones. As far as knits, I’m jumping for turtlenecks right now. I love sweaters so much.

Who are your style icons?
I’m terrible at this question, because I really don’t have any. I really just make it up as I go along.

What’s your favorite look you’ve worn out and about lately?
I wore a little leather pencil skirt the other day but with a cropped sweater, I think that’s a fun way to do in-between months because you’re cozy and still put-together.