At 31 years old, Lauren Conrad doesn’t consider herself a millennial. “I feel like I’m right at the breaking point,” she says. It’s an age where she has an Instagram, but doesn’t use it religiously.

Conrad, best known for her time on MTV’s reality shows, “Laguna Beach” and “The Hills,” has a conflicted relationship with social media. After spending nearly nine years on reality television, where every breakup, makeup, and teary mascara fight was broadcast to the world (whether or not she wanted it to be), Conrad finally feels like she’s in the driver’s seat. 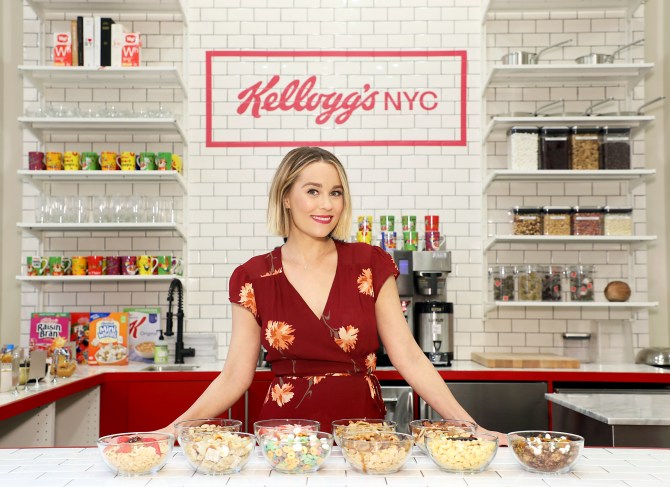 “I’ve spent so many years on reality television where I had to share as much of my life as they wanted, so now, I feel like I’m able to keep things more private,” she says at the grand opening of Kellogg’s cereal café at New York City’s Union Square. (Her favorite cereal growing up was Rice Krispies.)

I’ve spent so many years on reality television, so now, I feel like I’m able to keep things more private.

Conrad’s past is likely why she’s wary about what she shares online and curates her social media to include only what she’s “comfortable with.”

“To be able to enjoy moments with myself and not need to broadcast them is so special to me,” Conrad says. “I do share little things, but I’m definitely not an over-sharer. I only share what I’m comfortable with. I feel like you don’t need to put everything out there.”

It’s a shame that women aren’t more supportive of each other.

Conrad’s caution about social media is also likely why you’ll be hard-pressed to find many pictures of her 5-month-old son, Liam—whom she shares with her 37-year-old musician husband, William Tell—on her Instagram. After seeing other famous moms being mommy-shamed on social media, Conrad “purposefully” kept photos of her son off Instagram to avoid being scrutinized.

“I haven’t [experienced mommy-shaming], but I have purposefully not posted a lot about my child,” she says. “Only because, especially as a first-time mom, there’s already so much pressure on you. I don’t feel like putting on any more. It’s hard. It’s one of the hardest times in your life and it’s a shame that women aren’t more supportive of each other.” 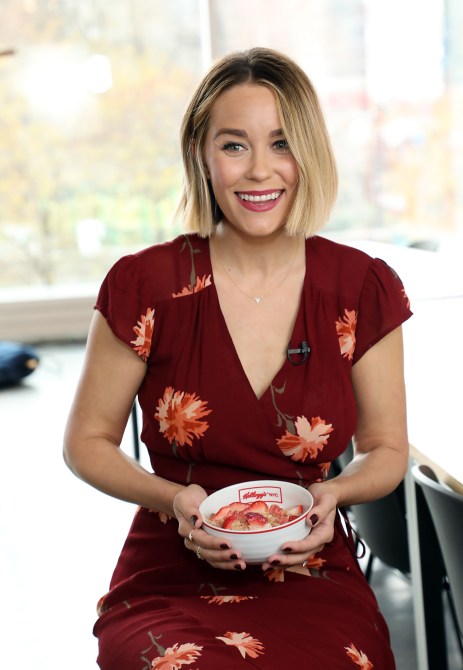 Though Conrad admits she hasn’t “really thought about” whether she would be OK with her son being on reality TV in the future, she has put some thought into whether she’ll allow him to watch her on “The Hills.” “I don’t think I would necessarily sit him down and show him clips,” she says. “But I think you can’t control what your kids want to watch alone.”

As a first-time mom, there’s already so much pressure on you. I don’t feel like putting any more.

But first, Conrad says, she knows there are plenty of steps to take before she crosses that bridge. “Right now, we’re just really focused on him being tiny and cute and learning how to smile,” she says. “We haven’t gotten that far.”