The Royal Treatment isn’t based on any real royal family, but that doesn’t mean Laura Marano didn’t see any parallels between the movie and the real-life crown.

In The Royal Treatment, which premiered on Netflix on January 20, 2022,, Marano stars as Izzzy, a hairstylist from the Bronx who’s hired to style the hair of Prince Thomas of Lavania (Mena Massoud), a fictional country in Europe, for his royal wedding. Despite his engagement, which was arranged by his mother to better the political standing of Lavania, Prince Thomas and Izzy form feelings for each other, as Thomas is faced with a choice of whether to “choose duty over love”—a decision Marano sees mirrored in many real-life royal couples, including Prince Harry and Meghan Markle.

“The Crown season four came out when we were still in production,” Marano tells StyleCaster. “I remember thinking about this very real story we have in our film that is very apparent in the English royal family of not being able to marry the people you love and how that can mess everything up when you do choose duty over love. For sure that came into my head, especially watching season four of The Crown and everything in the modern royals with Harry and Meghan.”

Though Marano has never met any real members of the British royal family, she has become more interested in them after starring in a movie about fictional royals. “I now have become obsessed. My YouTube page of recommended videos is 30 second clips of Princess Diana waving and I watch them all,” she says.

Ahead, Marano talked to StyleCaster about how she was inspired by Massoud’s performance as Aladdin to cast him as Prince Thomas in The Royal Treatment (which she also produced), how the movie used real photos of her own family, and the inspiration for Izzy’s accent. 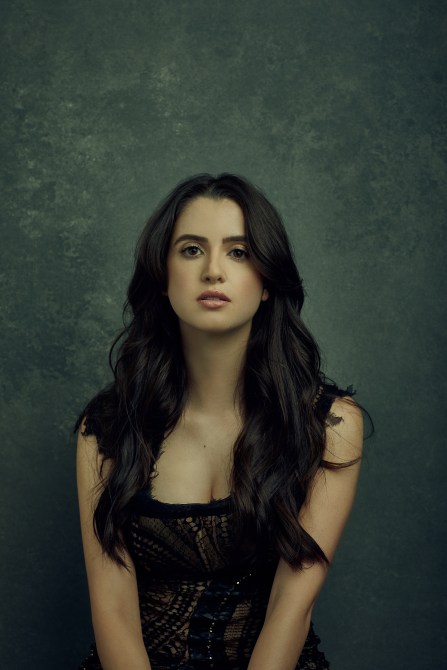 On how The Royal Treatment used real photos of her family.

“We just put a bunch of photos of my family in Nonna’s apartment. I took a bunch of behind-the-scenes shots. You don’t see it in the film but my grandparents, my Nonna and my Nonno, a lot of my aunts and uncles, were in pictures there. My dad’s photo was in the movie when Angelo, Izzy’s dad, plays that character. The number-one thing that that resonated with me growing up in an Italian family is the Nonna character pushing Prince Thomas to eat. That is such a real thing. When I would have friends come over, my dad, who is the cook of the family, would be just like, ‘Hey, are you guys hungry?’ My friends would be like, ‘No, we’re good.’ He’s like, ‘Nah. Do you want some of this?’ And they were like, ‘No, we’re good.’ And he was like, ‘No. No. I just made this. You should have some.’ And they were like, ‘OK…I guess we’ll have it. It’s not just unique to Italian families. It’s unique to other families as well, but it’s very Italian to push people to eat, even when they say no”

On the inspiration for Izzy’s accent

“I grew up in L.A., but I have a lot of family in New York. It’s funny because whenever I go to New York,  and I’m staying with my family, I randomly feel like an accent is coming out because I’m with them.  Nothing super intense. I definitely go stronger in the film for sure. However, that accent I do feel is in my blood a little bit. I was excited to do this one because I knew it was going to be easier than other accents for me because I am so close to it. I was FaceTiming my cousin who’s from the Bronx  and going over lines with her. I worked with a dialect coach in New York and a dialect coach in New Zealand as well. There was a lot of work done on this accent solely for the purpose of ‘I need to make my family proud.’”

“I wanted him for the role before I met him. I thought he was so good in Aladdin. Like many people, I was like, ‘I want to see more of this guy. He’s so talented.’ When we got this opportunity for this movie, he was on the top of the list for me. He had this prince aspect before, obviously, with Prince Aladdin playing Prince Ali. He’s so charming and lovely. You can see that through the screen and he has this charisma. So I was like, ‘He’s the perfect role in my head, the perfect Prince Thomas.’” 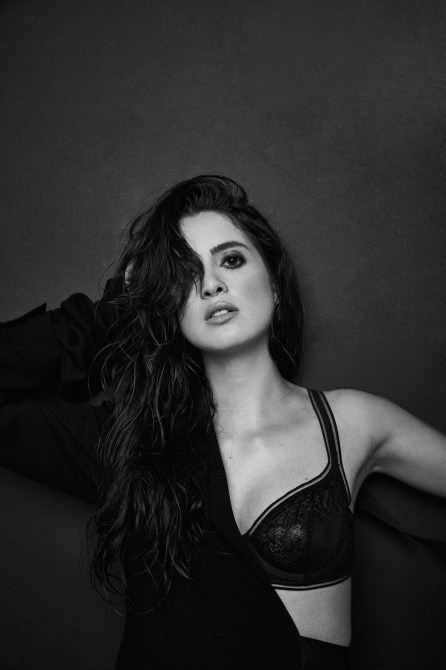 On whether a possible Royal Treatment sequel

“It’s funny because I wouldn’t say I’m typically someone who’s always down to do sequels. I’m someone who wants to work with people again because I’ve been grateful to work with a lot of different people. But The Perfect Date, for instance, was so successful and so many people loved it. I got that question a lot of like, ‘Would you guys do a sequel?’ And I never talked to Noah [Centineo] about this, but I think we were on the same page of like, ‘Oh, we had such a great time, but we think the story ends there.’ It didn’t seem like it made sense to have a sequel for that one. I think The Royal Treatment, it does make sense. There are a few unanswered questions. We’d love to keep telling these characters’ stories a bit more and explore who they would be and look like. I would 100 percent be down.”

On what a Royal Treatment sequel would be about

“The big question without giving too much away is: Where is Izzy going to live? She just started a new job at the end of the movie in New York, so I think there’s a big logistical question to explore in the sequel of what’s going to happen there? We know about Walter’s backstory a bit more at the end of the film, and I’d love to dive deeper in that. Meet Richard, who Walter talks about. I’d love to know more about what happens with the Uber. There’s so much we could explore and see.”

On her upcoming music

“I’m writing a lot of sad music right now. ‘Dance With You’ is probably the happiest song I have. I have a few songs, where I wouldn’t necessarily say they’re happy, but they’re more upbeat. I’m writing a lot of songs that really represent and reflect the place I’m in. A lot of the songs are, I like to say, moody pop. I’ve dove into that genre before. That’s a genre I very much connect with as an artist. These songs are even moodier than before. I have a bunch of fans who are like, ‘We’re ready for Laura’s bad bitch era.’ I’m like, ‘Well, we’re entering Laura’s sad bitch era.’ So let’s go there and maybe we find our bad bitch after.”

The Royal Treatment is available to stream on Netflix.