2016 seemed to be a fresh start for Laura Marano. It was the series finale of her Disney Channel show, Austin & Ally, which she starred on for five years. It was when she released her first-ever single, “Boombox”, with Big Machine Records (the same record label that discovered Taylor Swift.) And it was the year that her music career, after years of putting it on hold for acting, seemed to be really taking off—until it wasn’t. By the end of 2016, Marano was dropped by Big Machine due to a company-wide sweep of its pop artists. Half a year later, she signed with Warner Bros. Music, but that didn’t work out either. The people who signed her left the company, and Marano was a result of the aftermath.

Armed with a record’s worth of songs she recorded at both labels, Marano went into 2018 with a decision to make: She could either wait around for another record label to maybe release her music or she could take matters into her own hands. She chose the latter, starting her career as an independent artist and creating her own record label, Flip Phone Records (named after her use of a flip phone to this day). March marked the release of Marano’s long-awaited EP, Me, whose title was no coincidence. “This is the most empowered and in charge of my destiny I’ve ever been in my life. It’s pushed me to be in control of every part of my life, as much as I possibly can.” Marano says. “In a lot of ways, Me is re-introducing myself to the music world and all of my fans. Because I am this new version of myself.”

Marano started singing when she was 2 years old. By age 11, she learned to play the piano and asked her parents to put her in voice lessons, so she could, one day, pursue music professionally. But acting came first, starting with a role on Without a Trace when she was 5 years old and later, her own show on the Disney Channel, Austin & Ally, when she was 16. It wasn’t until Austin & Ally, in which she played a singer-songwriter with a serious case of stage fright, that Marano reconnected with her musical roots. “It really started a new chapter in my professional life for music, and it opened so many doors,” Marano says.

This is the most empowered and in charge of my destiny I’ve ever been in my life.

But the road to her EP wasn’t easy. Along with her record label drama, Marano struggled to translate her vulnerabilities to her songwriting. “I am very much that person who loves to always be positive ,and sometimes I have my walls up because I like to choose that mentality,” Marao says. “But there are a lot of times where I’m feeling a little moodier. And not just this ‘everything’s coming up roses’ feeling.” To overcome this, Marano started to journal. She wrote about her life, her breakup at the time and falling in love again at the end of that breakup. It didn’t take long for the music to flow, and soon, Marano wrote enough songs for complete an EP. The standout track was “Me”, a bright, breathy pop song that went on to become the lead single of her EP and inspire its title.

“The idea is these are all these different layers and different sides of me, of myself that I want to share with everyone,” Marano says. “Sometimes, at least for me, I try to hide certain parts of myself, because for whatever reason. Maybe it’s what I think people want to see. Or it’s easier to put up a certain side of myself. But with this EP comes this idea that we all have different sides of ourselves and every side is as important as the next.”

We all have different sides of ourselves and every side is as important as the next.

Other standouts include “Not Like Me”, a soft, summer-ready jam written with Jason Mraz, and “Let Me Cry”, a piano-powered ballad that Marano describes as the “most vulnerable and the most emotional” song she’s ever released. “I’ve never put out a song like that before, so this whole experience, being independent and releasing this music has been a really vulnerable experience,” Marano says. “It’s me completely putting myself out there and just telling everyone, ‘This is me. This is how I feel. This is my music. I’m doing it by myself.’”

The song also represents a side that Marano hasn’t always shown with her happy-go-lucky persona on the Disney Channel. As an actor who has often hidden behind the emotions of her characters, Marano is finally sharing her story. “It’s such an important outlet for me to get everything that’s going on in my mind, that never seems to shut up, on paper,” Marano says. “I find myself being able to let it go and let different things go. It’s all about putting yourself, your feelings and your thoughts out there, which makes it in some ways a scarier than acting.

I don’t know if it’s the beginning or an ending, but maybe it’s both of a chapter.

As an independent musician and the founder of her own record label, Marano has learned a lot about what it means to run a business, both as a boss and as an artist. But perhaps the best lesson Marano has learned is the the confidence to be herself. “I’m a little bit, not totally, but a little bit less scared to show more sides of myself and not hold myself to these standards of ‘I have to feel certain things’ or ‘I have to act a certain way’ or ‘I have to be certain thing,’” Marano says. “I have to just be myself, with how cheesy that sounds. But it’s true.” 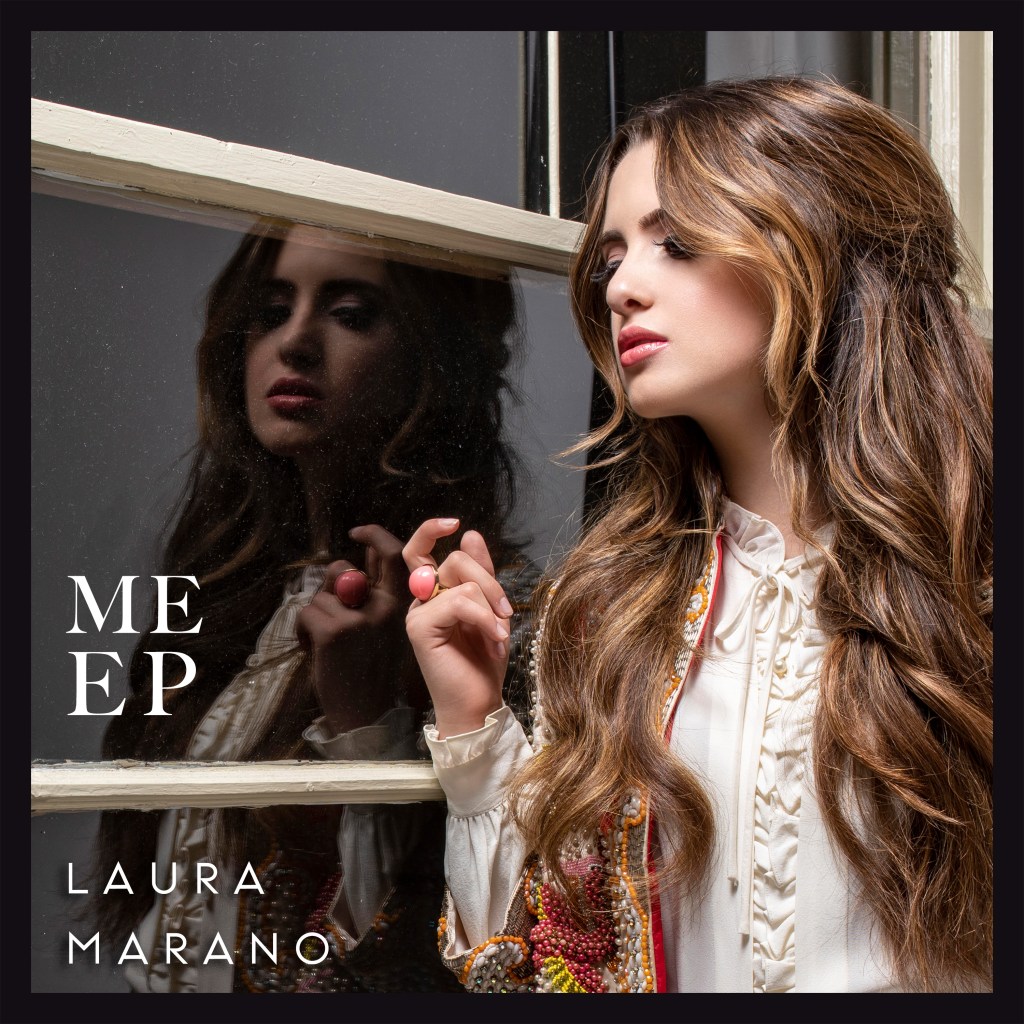 As for what’s ahead for her music career, Marano hopes for Me to be a part of a series of EPs (instead of an album), with each record representing a different “chapter of the same book.” Whether that happens or not, Marano has already turned the page on her career and isn’t looking back. “I don’t know if it’s the beginning or an ending, but maybe it’s both of a chapter,” she says.