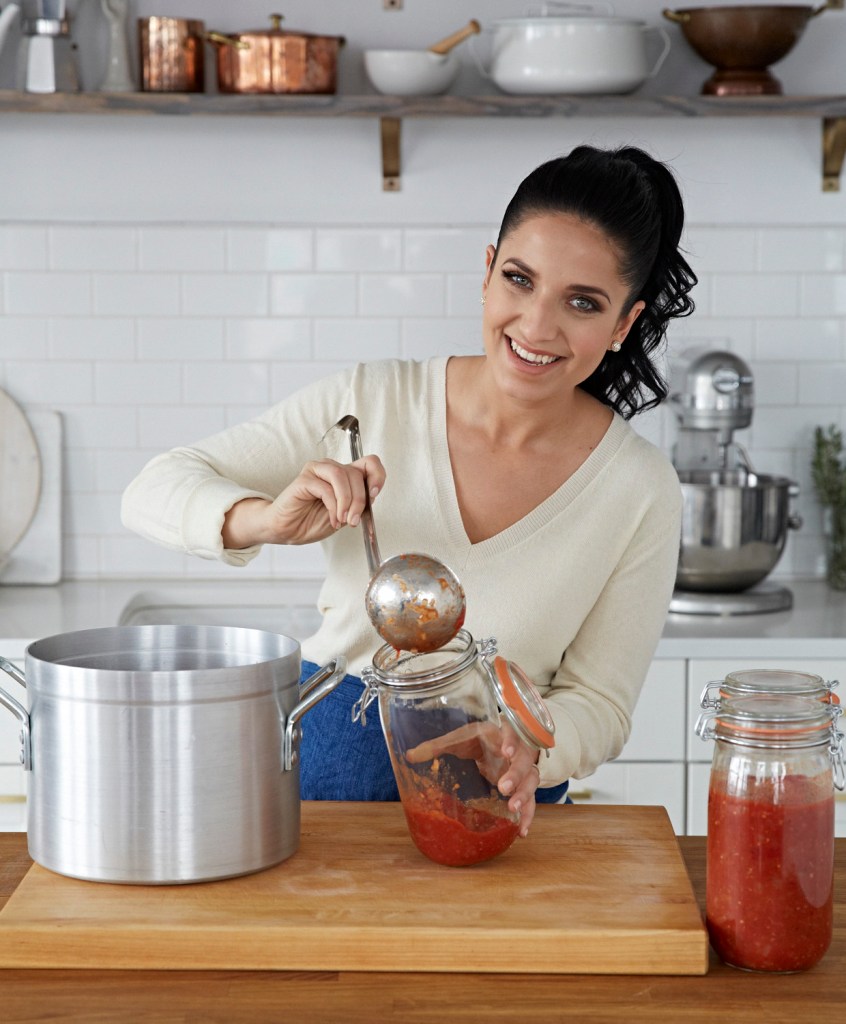 A few months ago, I was over at my parents’ house for dinner, and my mom served a simple tri-color salad from a new young chef she’d been following named Laura Vitale. I’ve always found the traditional Italian insalata tre colori incredibly boring (where are all the toppings?), and my mother is constantly trying new recipes from various Food Network stars, so I can’t exactly say I was excited at the time. But now I cannot shut up about this salad and its addictive Dijon-balsamic dressing. Little did I know that was only a taste of things to come.

You see, Vitale has a knack for combining bold pantry staples—zesty lemon, tangy Kalamata olives—into uncomplicated yet incredibly flavorful dishes that are insanely easy to pull off. You don’t have to be a seasoned chef, hunt down weird ingredients you’ll use only once, or master some multistep technique to put something delicious on the table in minutes.

This straightforward approach to cooking has garnered the self-taught chef from Naples more than 2 million subscribers on YouTube, where she got her start, like many other Millennials. After her father’s restaurants closed during the economic downturn in 2008, Vitale found herself unemployed and uninspired, so her husband built her a kitchen studio in the basement of their New Jersey home, where they filmed her Internet cooking show, Laura in the Kitchen. The series’ viral success landed her a Cooking Channel show, Simply Laura, and now a cookbook , which debuts today. 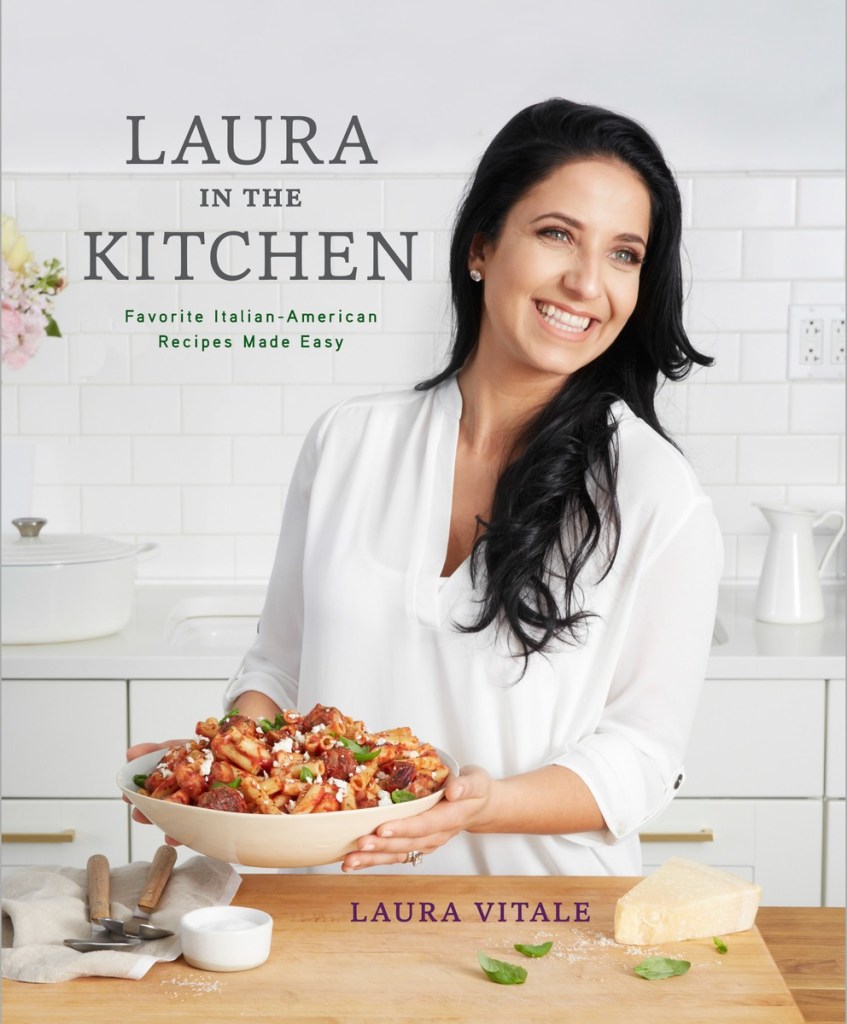 Like Vitale’s show of the same name, Laura in the Kitchen ($24.99) is a treasure trove of quick weeknight dinners, guest-worthy entrées, delectable desserts, and breakfast and brunch dishes you can prepare in advance. While all of the 120 recipes have an Italian bent, none of them will break your back in the making.

For the proof in the pudding, so to speak, try whipping up this no-cook sauce for dinner tonight. It’s as easy as boiling a pot of pasta and tossing together a few chopped-up ingredients. Bonus: It tastes even better cold as leftovers for lunch the next day. 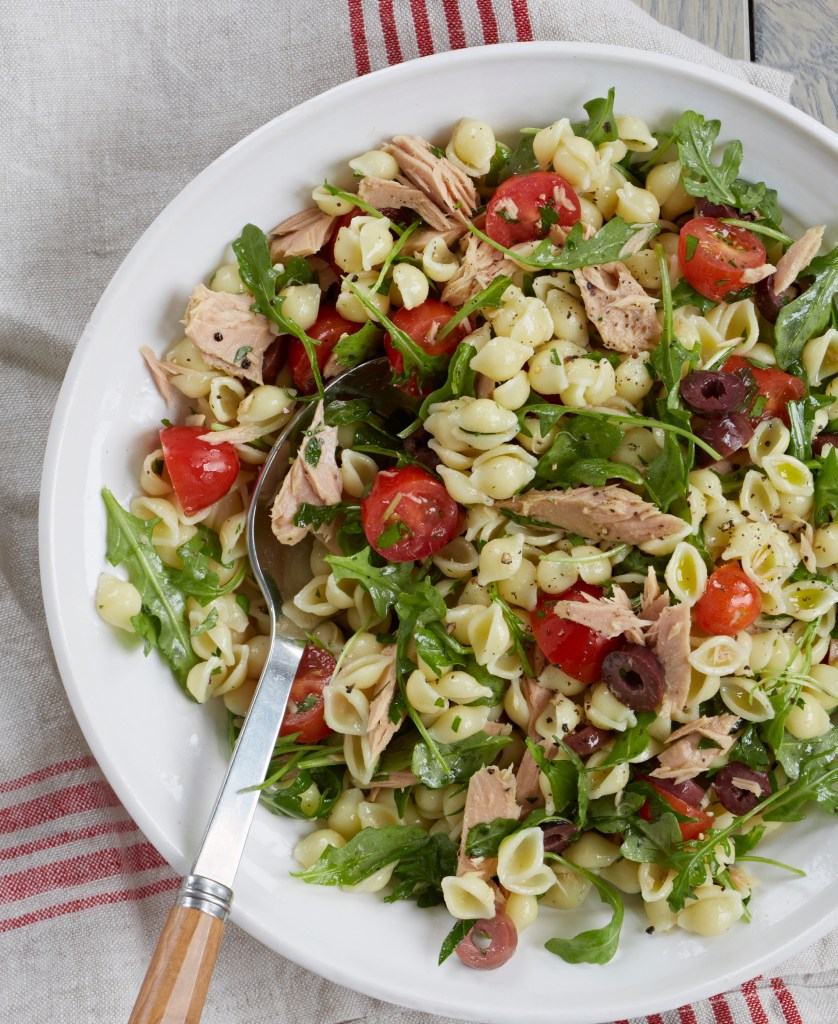 Instructions
1. Bring a large pot of generously salted water to a boil. Add the pasta and cook until it is al dente, following the package instructions. Drain well.

2. In a large serving bowl, combine the tuna, arugula, tomatoes, olives, oil, parsley, and lemon juice. Add the pasta and toss to combine everything well. Let sit for 15 minutes to allow the flavors mingle, or, to serve cold, refrigerate for up to 2 hours. Season with salt and pepper to taste; serve.

Reprinted from Laura in the Kitchen: Favorite Italian-American Recipes Made Easy. Copyright © 2015 by Laura Vitale. Photos by Lucy Schaffer. Published by Clarkson Potter, an imprint of Penguin Random House, LLC.