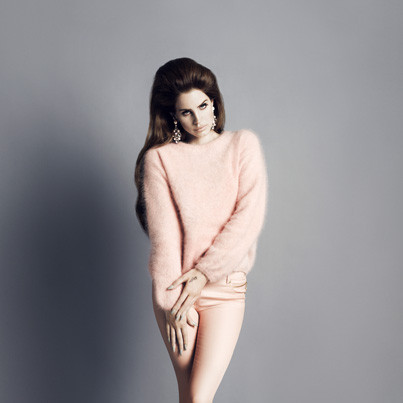 It’s official: After rumors began last month that the somewhat controversial Lana Del Rey would be upping her fashion cred even more with an H&M campaign, the Swedish retailer confirmed the news today, releasing the first images of the campaign.

After bursting on the scene last year thanks to a viral music video and a widely panned performance on SNL, it’s been nothing but up from there for Del Rey, who has since arrived as a bonafide It-girl with a Vogue UK cover and a Mulberry bag named after her.

From what we’ve seen, the ads are pitch-perfect match; Del Rey’s vintage duds and retro-inspired hair and makeup seem to fit in with the ’60s-inspired clothing perfectly. According to WWD, the singer will also be appearing in H&M’s winter campaign, and a special music video featuring Del Rey’s cover of “Blue Velvet” will be released on H&M’s site on September 19.

But we have to ask: How does Lana stack up against other celebrity campaign faces?