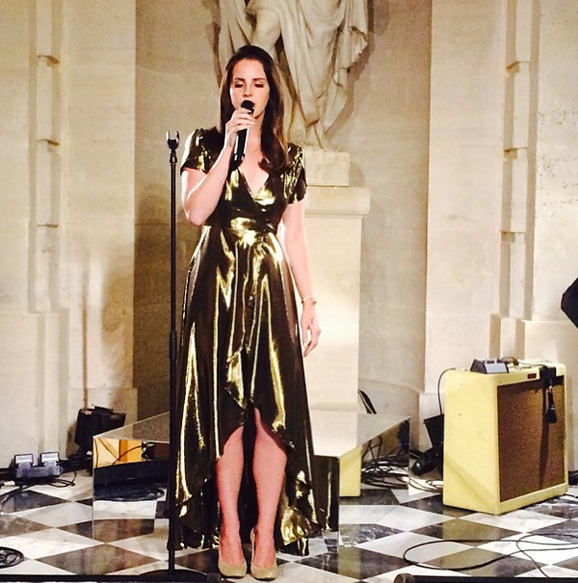 Ever since Lana Del Rey performed at Kim Kardashian and Kanye West’s rehearsal dinner last weekend in Paris at the Palace of Versailles, reports have been circulating that West paid Lana Del Rey a huge sum of money to do so—as much as $2.8 million.

It turns out, that number is way off. The singer was caught by TMZ cameras on Wednesday, May 28, and shot down those rumors immediately.

When asked by TMZ how much it would cost the cameraman to have her sing at his wedding, Del Rey responded, “I’d do it for free just like I did this one.” She went on to say: “I would never let a friend pay me to sing at a wedding.”

Del Rey’s song “Young and Beautiful” is reportedly a favorite song of Kardashian, and West had surprised her with a band covering the song when proposed to her on her 33rd birthday back in October. At the time, rumors were flying that Del Rey had turned down the gig, but now it seems likely West was saving the big performance for the big wedding.

Del Rey wasn’t the only super star performer during KimYe’s over-the-top wedding weekend either. Andrea Bocelli sang “Con te Partirò” for the walk down the aisle and John Legend performed “All of Me” for the couple’s first dance. No word on whether they too waived their performance fees.

And there you have it, it can be a huge money saver to have friends who have platinum records under their belt.