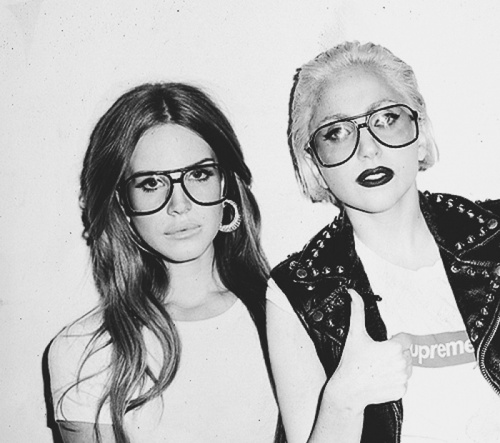 Despite the fact that they’ve appeared chummy in recent years, it turns out that there’s definitely some bad blood between 27-year-old singers Lana Del Rey and Lady Gaga. On Tuesday night, a song of Del Rey’s (which reportedly could have been written as early as 2009) called “So Legit” leaked, and in its lyrics, the starlet completely slams the pop superstar.

“Stefani, you suck/I know you’re selling 20 million/Wish they could have seen you when we booed you off in Williamsburg/You’re looking like a man/You’re talking like a baby/Have we gone all Gaga crazy?” Del Rey croons.

“Diss tracks” have been incredibly popular in the music industry, with Gaga herself being guilty of running her mouth.

At the Spring 2013 Mugler show, she launched into an aggressive rap where she attacked fashion writer Cathy Horyn. “Nicopanda got style trick, Cathy Horyn your style ain’t dick/Walk a mile in these foot high heels, I run in these you ain’t runnin’ shit/You chew beef, I wear meat,” she rapped. Clearly, what goes around comes around.

Both Gaga and Del Rey have stayed mum on the subject—but we’re willing to bet this isn’t the last we’ll hear of this drama.

Listen to the song below and let us know what you think!