Before her success in To All the Boys I’ve Loved Before, Lana Condor was asked to be “walking anime” in an audition. For her StyleCaster Self-Love issue cover story, Condor, 22, opened up about the stereotypical roles she’s auditioned for, which include nail salon workers and characters with heavy accents. She also recalls a casting director asking if she could be more like “walking anime” in an audition, which she simulated by fake giggling and covering her mouth with her hand. They wanted me to be so cutesy because that’s what they think Asians are,” she said. “A lot of times people assume I have an accent, and I don’t.”

Condor—who stars as Lara Jean Covey in TATB and its sequel, To All the Boys: P.S. I Still Love You, which premieres on Netflix on Wednesday, February 12—also opened up about the time she was asked to be more like Hello Kitty in an audition. “I was like, ‘Hmm. What? You mean the cat with no mouth because when they developed Hello Kitty, they didn’t want women to speak?’” she said in her StyleCaster Self-Love issue cover story.

But perhaps one of Condor’s most common asks is to read lines in Mandarin, even though she doesn’t speak it. “Casting rooms are sometimes like, ‘But she doesn’t speak Mandarin?!’ And I’m like, ‘Well, I’m not Chinese.’ Just because I’m Asian, you assume I speak Mandarin? That’s weird. Because when I read the breakdown, you said you needed an Asian American actress. You didn’t say specifically [Chinese or Mandarin-speaking],” she told StyleCaster. 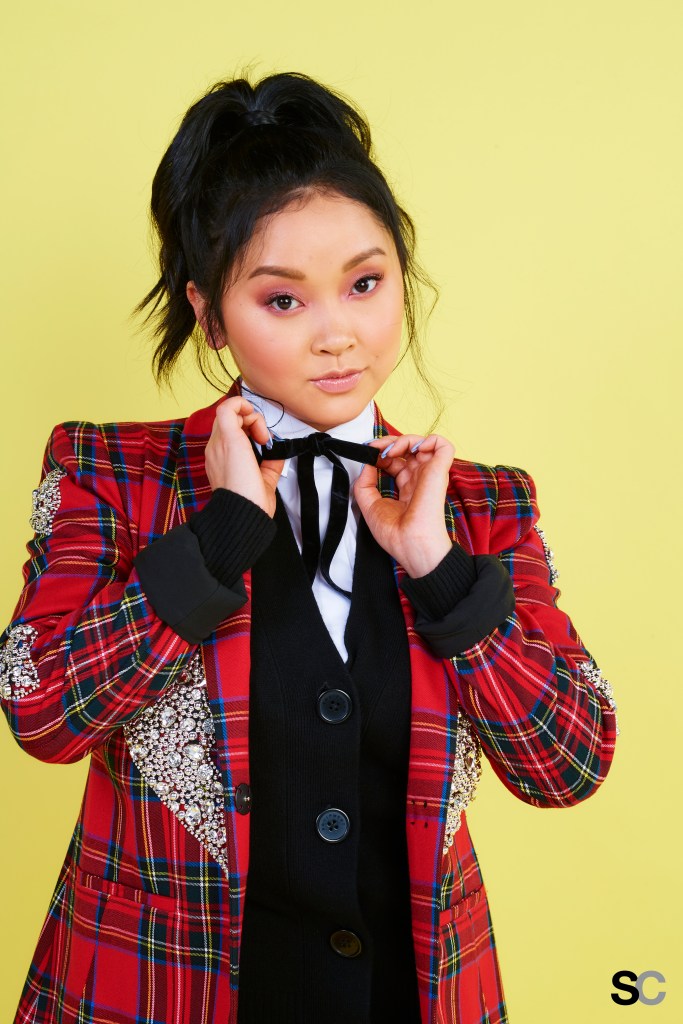 Prior to To All the Boys, Condor also revealed that she was typecast in supporting roles as either the best friend or the nerdy character. “You’re either a shy computer nerd or you’re the comedic relief best friend,” she said. It wasn’t until To All the Boys that she saw herself as a lead. Since then, the film has changed her life. She teased a scene in the upcoming sequel, where Lara Jean walks down a staircase and has a Cinderella moment.

“I’m standing there like, ‘Don’t eff this up,’ and it hit me, ‘Oh my God. I’m going to walk down these stairs and have this Cinderella moment. But I am Asian,’” she said for StyleCaster’s Self-Love issue cover story. “I want other Asian American girls and boys to see that moment and be like, ‘Yes! We can have this grand stairway entrance!’”