If you’re a reality TV fanatic, odds are you’re well aware of the drama that’s been going down between NBA star  Lamar Odom and his reality queen wife Khloe Kardashian that includes allegations of crack use and infidelity. We’ve taken most of the gossip with a hearty grain of salt, although—if this weird rambling video exclusively obtained by TMZ is to be believed—there’s a chance Lamar could be guilty of cheating after all. 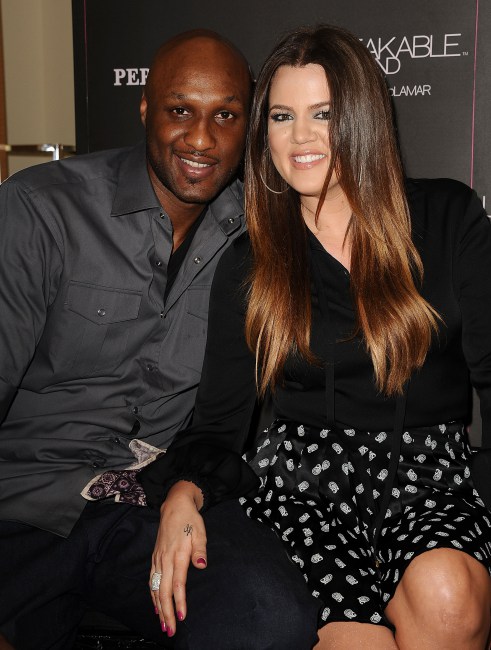 Keep in mind the three-minute video is super-grainy, and it features Odom and his BFF Jamie Sangouthai—both of whom may or may not be seriously under the influence of something—incoherently rapping about a variety of seemingly bombastic topics, though most of them are a Herculean feat to understand. However, we did make out one specific line that Odom rambled:  “And when Khloe’s out of town, I guess I’ll still be on the DL.”

Then Jamie—who you may recall is Odom’s friend from growing up and often served as point of on-air contention between Khloe and Lamar in their E! reality show—continued rapping where his buddy left off, saying: “You know what it is. We the QU [Queens] pimps. Ask any of these shorties. We ran through their cribs. Up in them hills, down to the hills, over in East LA, they take us to the jungle and we A-OK.” Lame, we know, but also sort of telling.

Could the video be a intoxicated admission of guilt on Lamar’s part, or is it totally harmless? Watch it below and let us know.