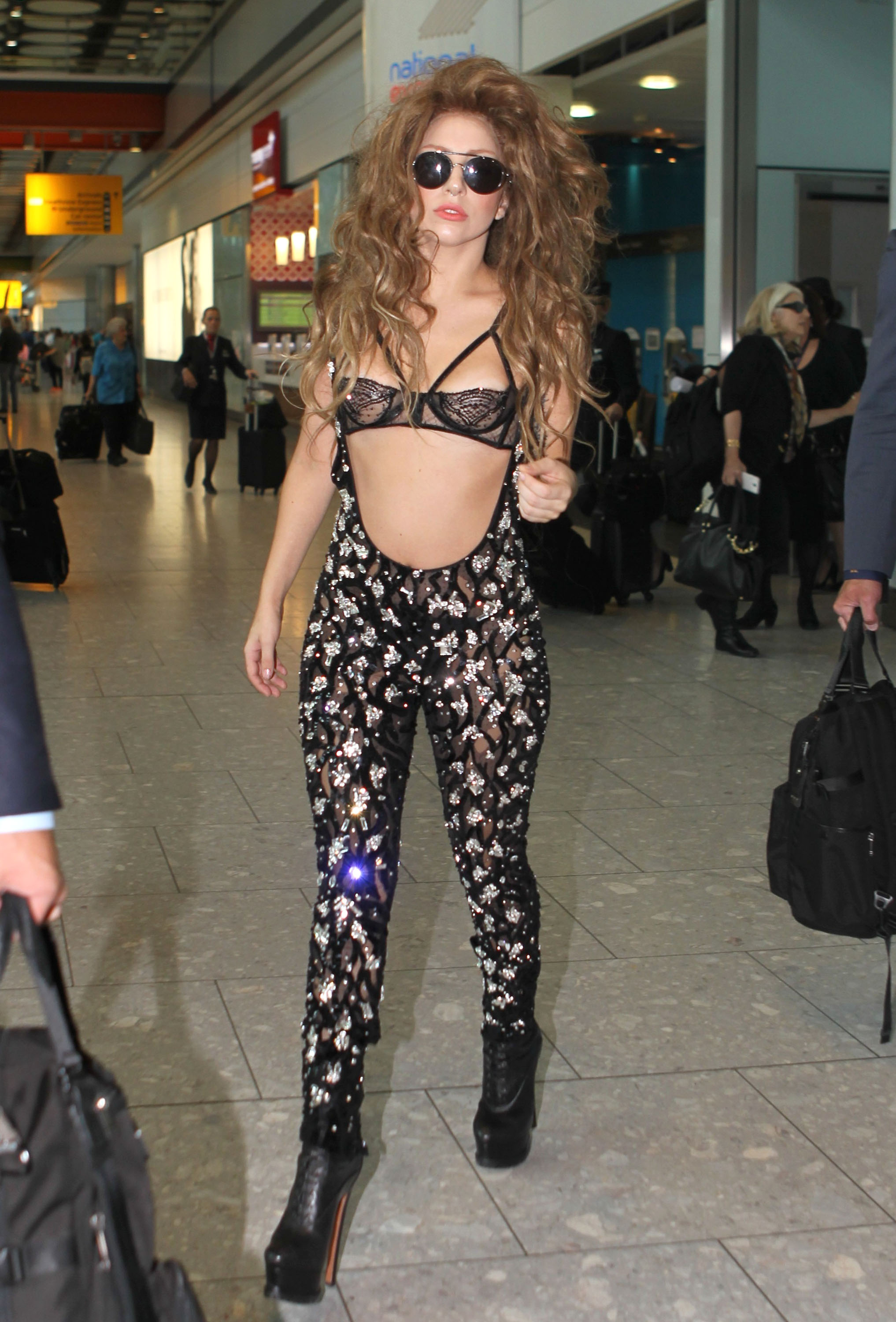 Here’s some celebrity airport style that’s, um, a little out of the box.

They say you should always travel comfortably and still adhere to your personal style, and apparently for Lady Gaga, that means a Fall 2013 Atelier Versace jumpsuit and towering Alaïa boots. Two days after sitting in the audience of the MTV VMAs wearing a shell bikini top and a thong, Gaga took a flight from JFK Airport in New York to London’s Heathrow in this astonishingly revealing look.

Prior to boarding the plane, Mother Monster was photographed in the same ensemble, implying that she remained in the sheer embroidered Swarovski covered ensemble for the duration of the trip. We’ve all heard of a little mile-high makeover (like when Lauren Conrad switched into stilettos and a slinky dress from sweats on an early episode of “The Hills”) but apparently that isn’t good enough for Gaga. Hey, no one can argue that she isn’t committed to fashion!

More: Lady Gaga Walks Around New York in Her Bra

Gaga has a penchant for Versace, even penning a song for her upcoming album ARTPOP titled “Donatella,” in honor of Donatella Versace and her many contributions to the fashion industry. While we once associated Gaga with shock-value looks (hello, meat dress!), it’s clear she’s made a serious effort to switch it up, swapping things like raw meat for barely any clothes at all.

What do you think of Lady Gaga’s airport style? Too much or totally fine? Let us know below!