At last, she has worn it! If you recall, one of the highlights of New York Fashion Week was Thom Browne’s zombified Spring 2014 show, which had market editors and fashion fans alike reeling from its general amazingness. And as soon as we saw it, our gut told us that avant-garde lover Lady Gaga was simply made to wear it. And now, she has. 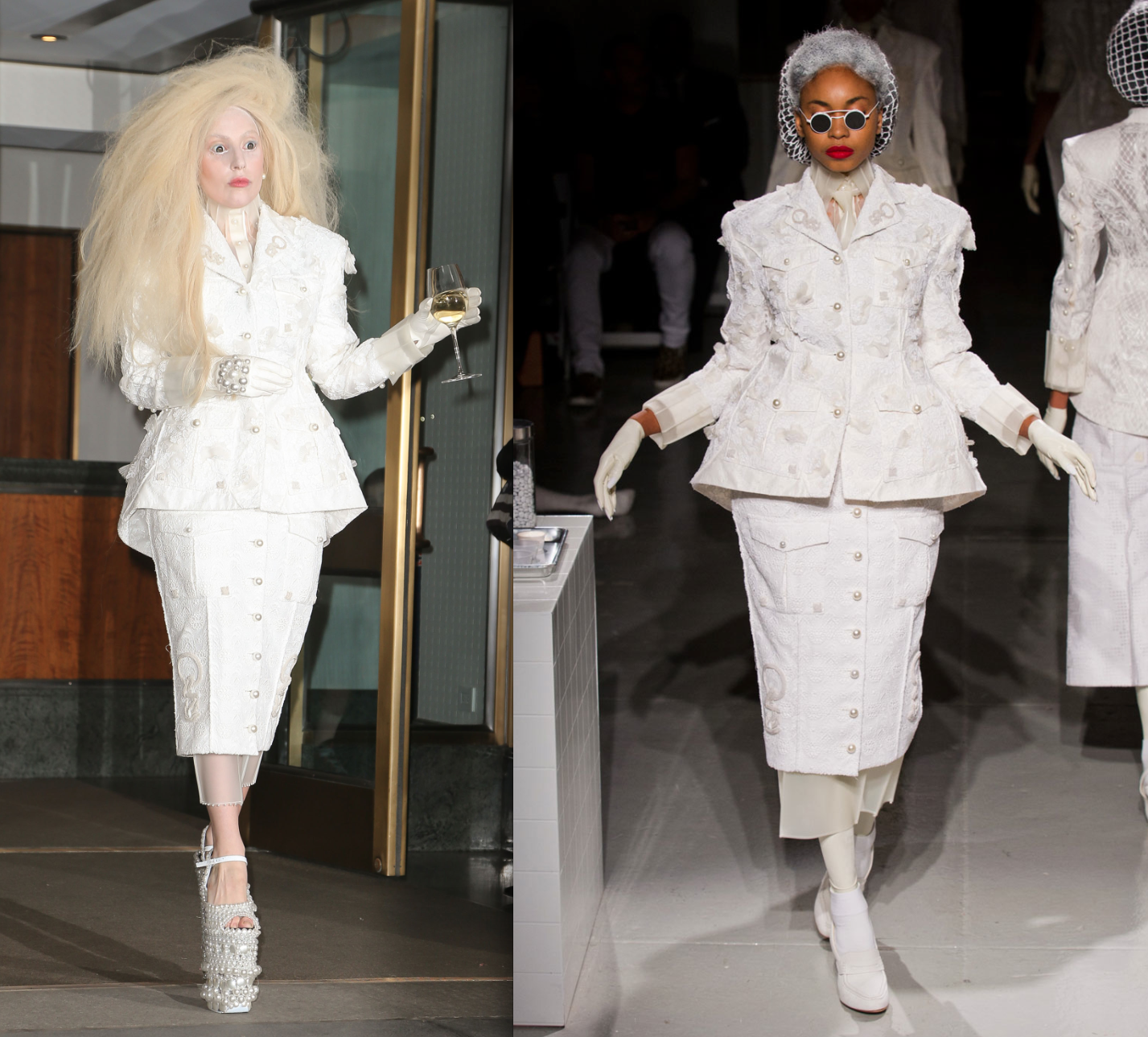 Gaga was honored as Glamour magazine’s 2013 Woman of the Year last night in New York, and she showed up to the occasion in one of the looks from Browne’s riveting collection. The two-piece suit in cream and white lace and tulle is embellished with pearls; Gaga opted to forego Browne’s classic white loafers in favor of sky-high pearl-emblazoned wedges that added at least 10 inches to her height. She even paid homage to Browne’s mental hospital-chic theme with her wild, teased out hair and all-white makeup.

If anyone can pull off this collection, it’s Gaga. And we’re happy to say she did so with aplomb; in her choice of accessories, hair, and makeup, Gaga illustrated that she understands what Browne was going for and the story behind the clothes. We would love to hear what Browne himself thinks of her look; his Twitter account reveals nothing, just an acknowledgment that she wore his design. Brava, Gaga!