One of the most highly anticipated awards show guests is always Lady Gaga. She’s never not dressed to the nines (tens, elevens, billions), and we knew her Academy Awards ensemble was going to be one for the books. After killing it at every red carpet event so far this year, Lady Gaga’s 2019 Oscars look was, of course, nothing less than perfection. The A Star Is Born actress wore a classic black Alexander McQueen gown on the red carpet, and it’s so beautiful, I think I might cry.

Lady Gaga’s Oscars dress was perfect for the 2019 awards show season. At first glance, the look drips with old Hollywood glamour. Everything from the classic strapless neckline, to the fluffy ball gown skirt, to the endlessly elegant black fabric, left the dress feeling incredibly vintage-inspired. (The diamond statement necklace and longline black gloves Gaga paired with the dress only further played into this aesthetic.)

But it wouldn’t be an Alexander McQueen gown without a twist. Look carefully at Gaga’s bodice, and you’ll notice sharp, structured hips leading into her full, ball gown skirt. This can’t-miss-it-once-you’ve-seen-it detail leaves the gown feeling classic and contemporary—equal parts glamorous and haunting. 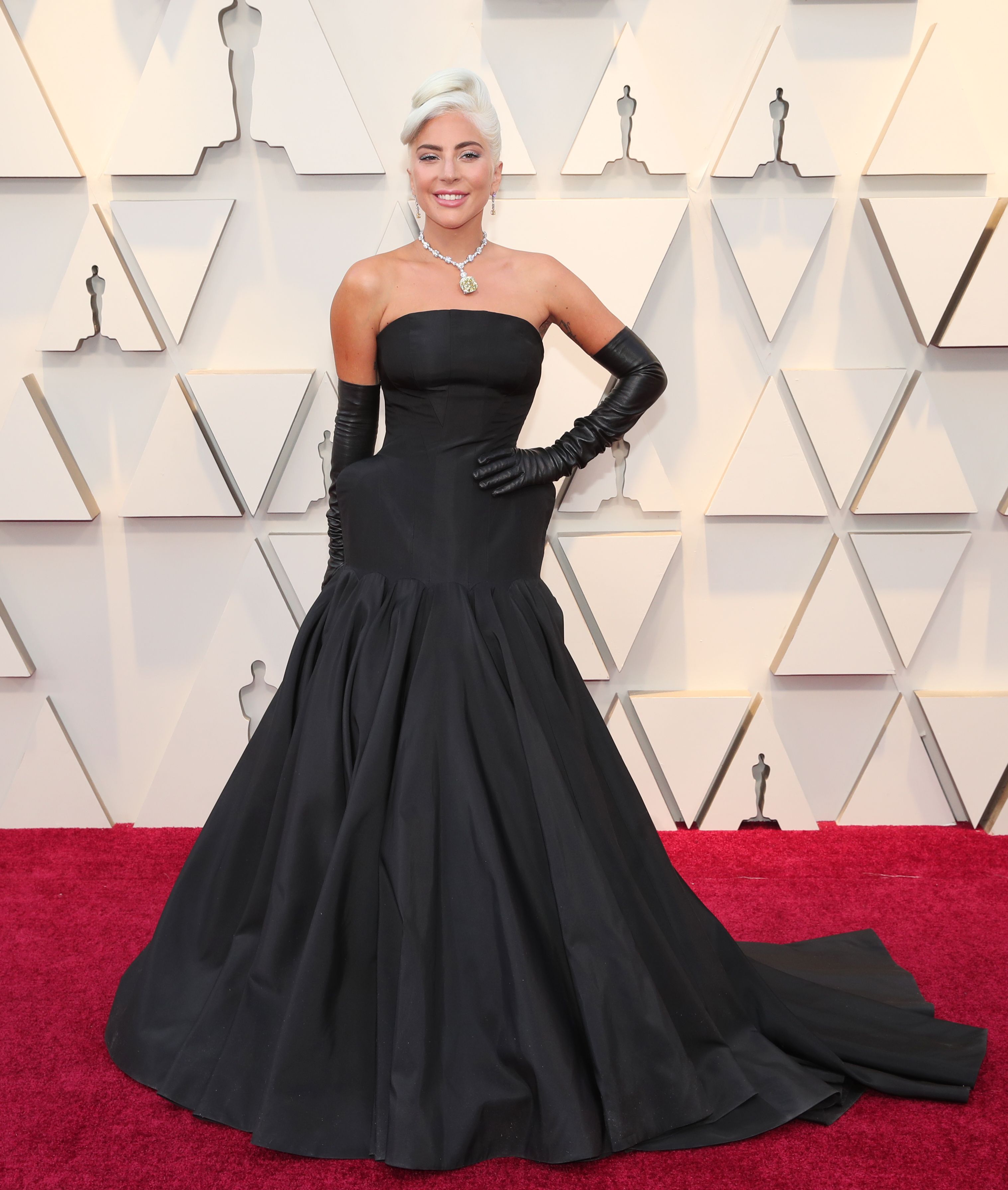 Gaga opted for a hair and makeup look that played into the classic glamour of her ensemble. The singer and actress left her ice blonde hair in a carefully coiffed updo, drawing attention to the gown’s understated neckline (and undoubtedly, to the tattoo she just got to commemorate the film she’s representing).

Lady Gaga is nominated for two different Academy Awards this year—Best Original Song (for “Shallow”) and Best Lead Actress (for A Star Is Born). The last time Gaga was up for an Oscar was in 2016, when her song “Til It Happens to You” was nominated for Best Original Song, after being featured in the 2015 documentary The Hunting Ground. 2019 has been good to Lady Gaga so far, though, as she’s already won a Golden Globe and three different Grammys. Lady Gaga is always one to watch, but I have a feeling 2019 might be her most iconic year yet.