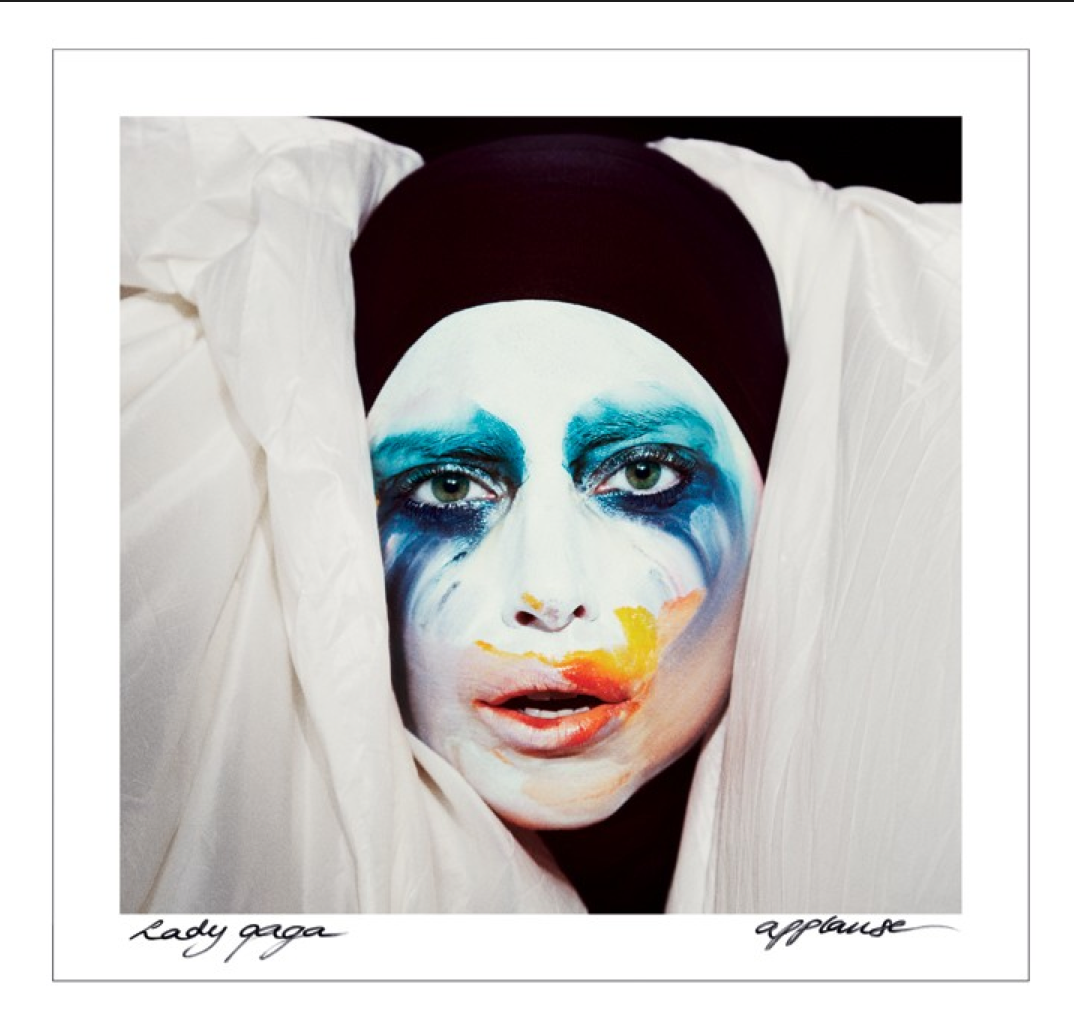 The excitement surrounding Lady Gaga‘s much anticipated album ARTPOP (out November 11!) and return to the spotlight after a necessary hiatus following a severe hip injury is reaching new heights. Thanks to Gaga’s secrecy surrounding the project, we’re all a bit in the dark as to what to expect—but chances are it will exceed all expectations.

Now, we finally have a clue: The 27-year-old superstar has revealed the cover art for her upcoming single “Applause” to WWD—and it’s pretty awesome. Shot by famed photographers Inez van Lamsweerde and Vinoodh Matadin, the picture is a striking look at Gaga covered in smeared theatrical makeup cloaked by a white coat by Gareth Pugh. We’re not exactly sure what it means, but given Gaga’s penchant for creativity and metaphors, it’s likely steeped in meaning.

When speaking to WWD about her absence, Gaga admits that it was difficult to prematurely end her tour, but that it ultimately worked out for the best:

“I had six months to beef up my brain and my body. I got to put a giant white or black sheet of paint over my whole canvas and I got to review ARTPOP again. I was given the time to really be creative because it’s a gazing process, it really is. I have to gaze into the work for long periods of time for it to be good. I have that feeling, that wonderful feeling, when me, Inez and Brandon look at each other and we go, ‘It’s so good. That’s the one.'”

As for “Applause,” which is out August 19 (six days before she returns to the stage at the MTV Video Music Awards), she notes, “I’ll tell you that it is very fun. And that it’s full of happiness, because what I’m saying in the song essentially is that I live for the applause. I live for the way you cheer and scream for me. Give me that thing that I love. Put your hands up, make them touch.”

Although we’ve yet to hear it, it’s pretty much a guarantee that her Little Monsters will be doing more than applauding for their fearless leader.

What do you think of Lady Gaga’s cover art?