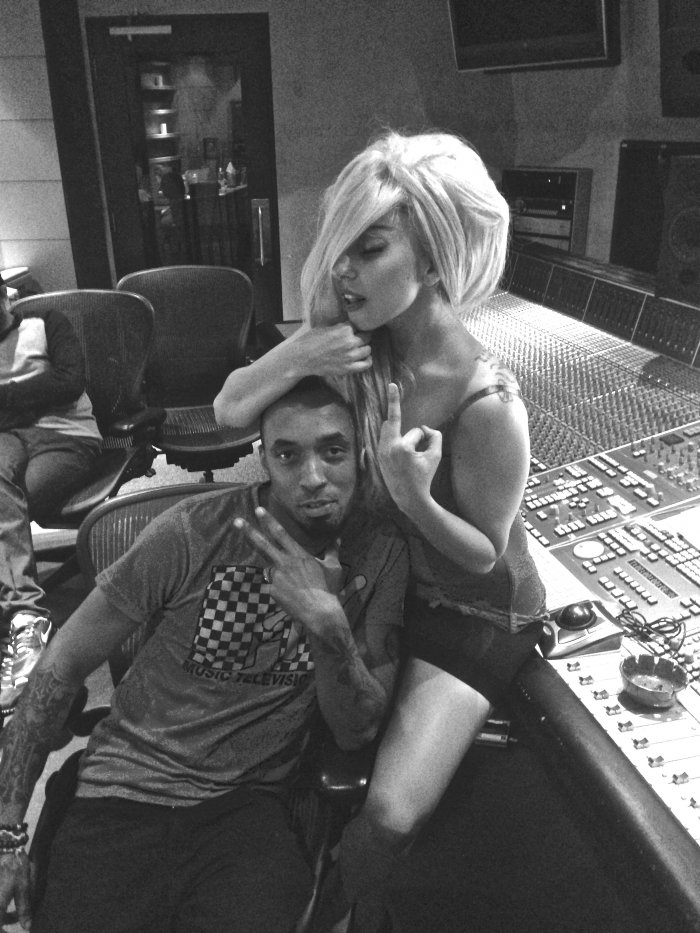 She’s back, ladies and gentlemen! Lady Gaga broke her months-long social media silence this morning when she took to her fansite LittleMonsters.com to post a photo of herself with a producer in the studio.

Fans have been eagerly awaiting the singer’s return after she underwent serious hip surgery in March and hasn’t really been heard from since, aside from a surprise appearance at the Versace Versus party in New York a few weeks back, where she also served as the music director and even teased some snippets from her in-progress album. It’s rumored that the controversial singer may make a “comeback” performance of sorts at the MTV VMAs in August, which may coincide with the release of the album’s first single.

Her manager, Troy Carter, participated in a panel at the recent D: All Things Digital conference, and he further teased fans with some info about the album. “One of the things that came out publicly was that we’re working on an application right now, just because you can’t interact with an MP3. It’s very passive to get in your car, you turn on the radio and listen to a song. To actually engage with the music in an application, we feel that’s kind of pushing it towards the future and will probably become the standard. Just allowing fans to engage with the content. Back in the day, you open up your album, you read the liner notes, you read the lyrics, you wanna know everything there is to know about that artist. To be able to turn the album into a living, breathing thing.”

After releasing a song with rapper Kendrick Lamar and featuring a hip-hop-inspired track called “Cake Like Lady Gaga” on her film collaboration with Terry Richardson, we definitely expect something a little different from Gaga this time around. What do you think?