Sporting a white tank top, denim short-shorts, oversized cat-eye sunglasses, and slick white pumps, Gaga, who also paired her look with a platinum-blonde curly bob and a striking red lip, immediately drew comparisons to “The Seven Year Itch” actress for her retro ensemble. The singer was photographed exiting her $200,000 Lamborghini Huracan (naturally) and entering the stadium, right after taking a second to wave to screaming fans across the street. 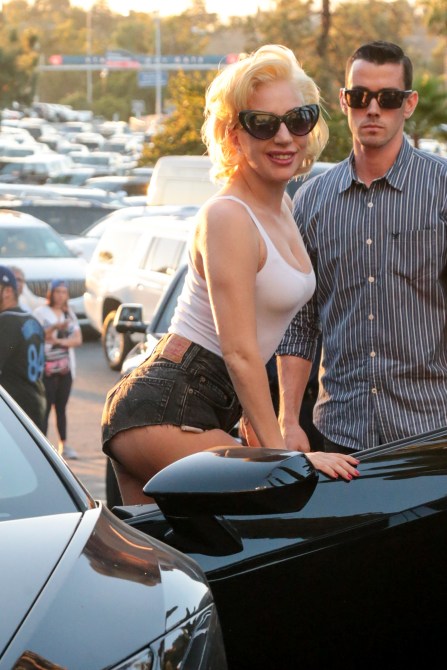 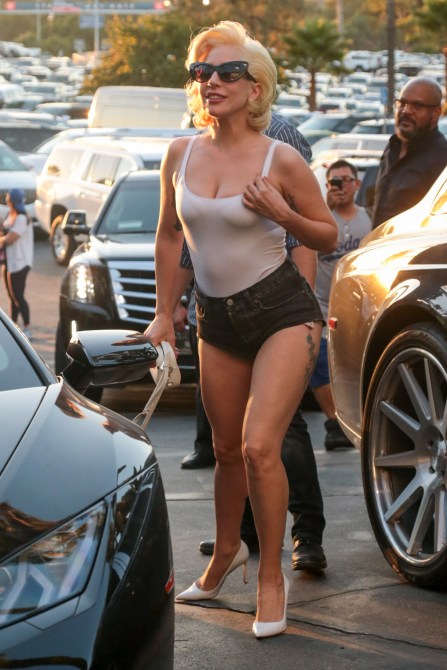 MORE: Lady Gaga’s New Wax Figure Looks Nothing Like Her, and the Internet Is Pissed

Of course, Gaga’s Monroe-reminiscent look also caught the attention of Little Monsters on the internet, who deemed the singer Monroe’s reincarnated doppelgänger. And though a majority of internet users thought Gaga was a dead ringer for Monroe, some compared her look to former Secretary of State, Hillary Clinton. (Could be the similar blown-out bobs.)

MORE: Lady Gaga Traumatized Beyoncé by Smoking ‘Nine Joints’ of Weed in Front of Her

However, given that Halloween is just a few days away, Gaga’s outfit could’ve been an early costume. Still, whether she’s dressing up for Halloween or is actually Monroe’s doppelgänger (crosses fingers), she’s iconic nonetheless.