At her self-proclaimed “Art Rave” in Brooklyn last night—the release party for her album “ARTPOP,” which came out this morning at midnight—Lady Gaga did more than debut her latest musical effort. She also unveiled Volantis to the world: a “flying dress” of sorts, which she climbed inside and took for its maiden flight inside a warehouse. 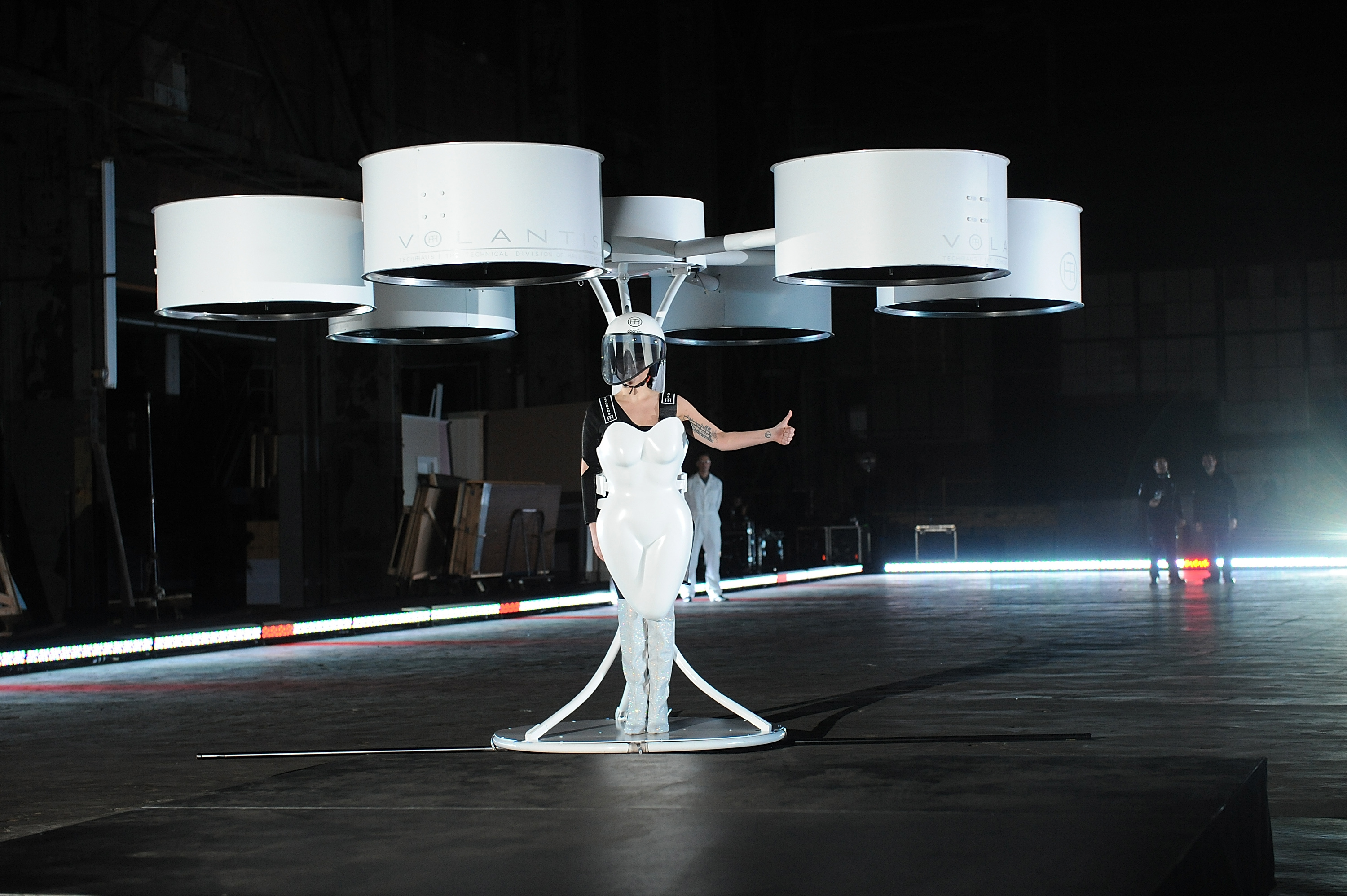 Gaga teased the existence of the dress last week, when she and her TechHaus team (the “technical arm of the Haus of Gaga”) sent out a press release announcing “the debut of the most extreme of its inventions to date,” which was to occur as part of the Art Rave celebrations Sunday night.

Then yesterday, she fanned the flames again with the tweet, “Today we will beta test VOLANTIS with the world. We invite you into our creative process during her initial stages of lift off.” And then, shortly after 6 p.m., take off. 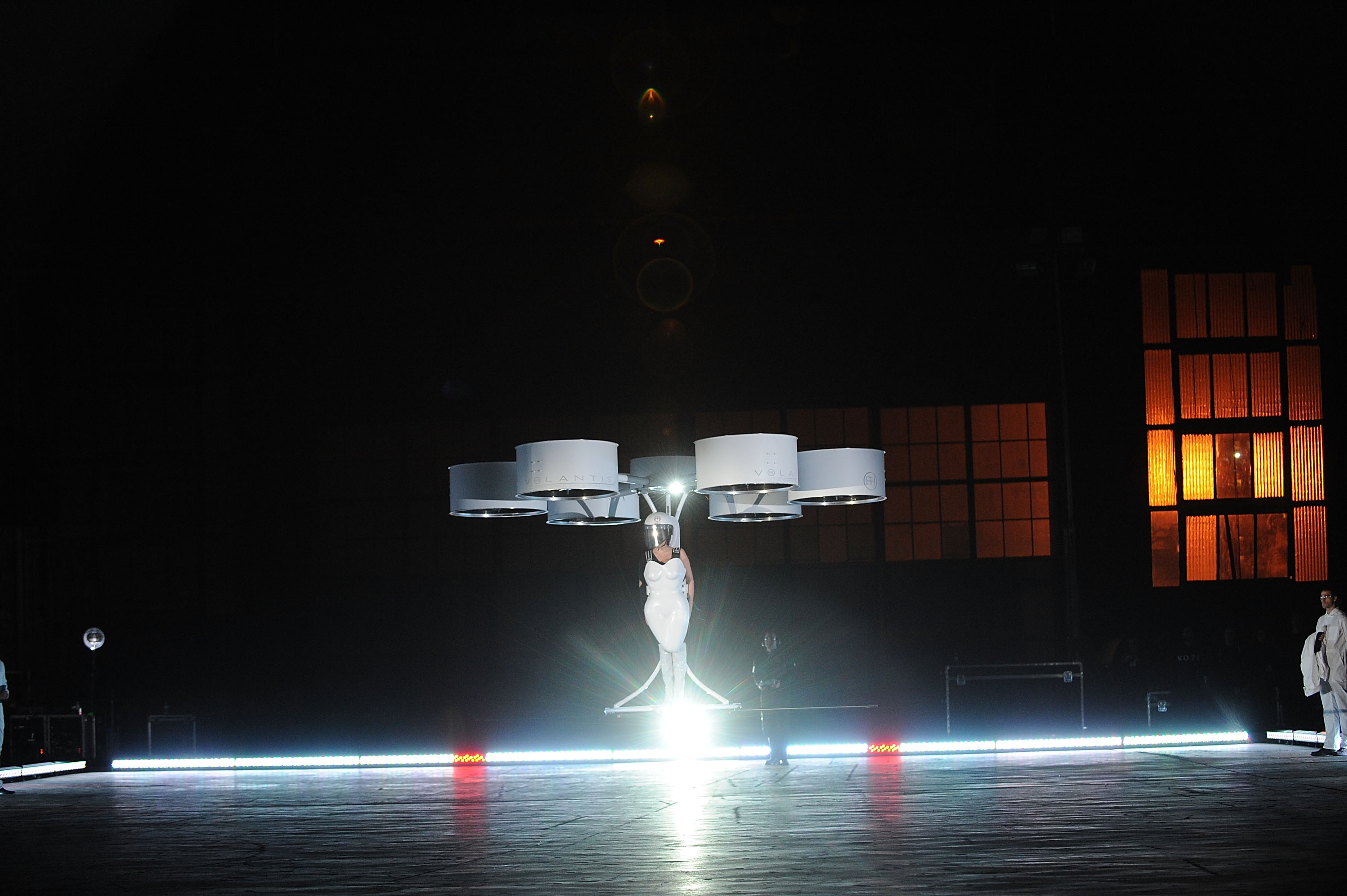 The “dress”—which might be more accurately described as a pod in which Gaga slipped into while six giant fans propelled her away from the ground—lifted from the floor of the warehouse and hovered around for a bit before landing again. In the clip below, you can see flight being attempted multiple times, but the craft never gets more than  a couple feet off the ground.

We think it would have been much more impressive if Gaga and her Haus team could have literally created a dress—with fabric, embellishments, cuts, and other more traditional fashion design elements—that could fly. Or maybe they’re waiting to debut that one in 2015, when Gaga really takes off into outer space?

What do you think of Gaga’s flying dress? Sound off below!