A Star is Born’s leading lady has been making headlines throughout awards season. Most recently, the singer-song-writer-turner-award-winning-actress won a Grammy for her hit song, “Shallow,” from the movie musical. But today’s news isn’t related to the star’s music or performance—it seems Lady Gaga and fiancé Christian Carino broke up. Here’s what we know so far:

A source told E! News that the “Born This Way” singer and Carino, a talent agent, called off their engagement last week but that Carino is “desperately trying to get back together” with her. Two other sources, however, have denied this rumor, saying the couple is still very much together.

Fans started questioning the couple’s relationship status when Gaga appeared at the 2019 Grammy’s alone and without her $400,000 engagement ring. Gaga performed her film’s chart-topping song, “Shallow,” in a unique, rockstar way that only Lady Gaga could pull off.

“She wasn’t wearing her ring due to performing,” a source told E! News. “They have put all their wedding plans on hold until after Gaga’s busy season, but still plan to get married this year.”

That does make sense, but it doesn’t explain why Gaga didn’t mention her husband-to-be in her acceptance speech.

Some fans are hopeful the rumors are wrong—so are we!

One Twitter user wrote, “I really hope that the whole Lady Gaga, Christian Carino breaking up is only rumor. I won’t believe anything until Gaga confirms it herself. You can tell he absolutely adores her and their love is genuine. They compliment each other well.”

Another wrote, “Hello @ladygaga I know you probably won’t see this but I hope everything’s alright with Christian, I’m worried for you anyway I love and support you thank you for everything, I’m so proud of you”

“Every Instagram post from Christian Carino about @ladygaga literally makes my heart melt He genuinely is her biggest fan,” another added

It’s true. Carino has had his fair share of adorable Instagrams for Gaga. After her Golden Globes win, he shared this funny shot of the star starting her morning off with some Fruit Loops. “What a rager,” he wrote.

He’s right! Gaga is currently following 38 people on Instagram, as of right now, and @christiancarino is not one of them. Uh-oh! What does this mean? That’s not usually a good sign in today’s modern world.

The couple made their last public appearance at the 2019 Sag Awards where their PDA was in full swing. 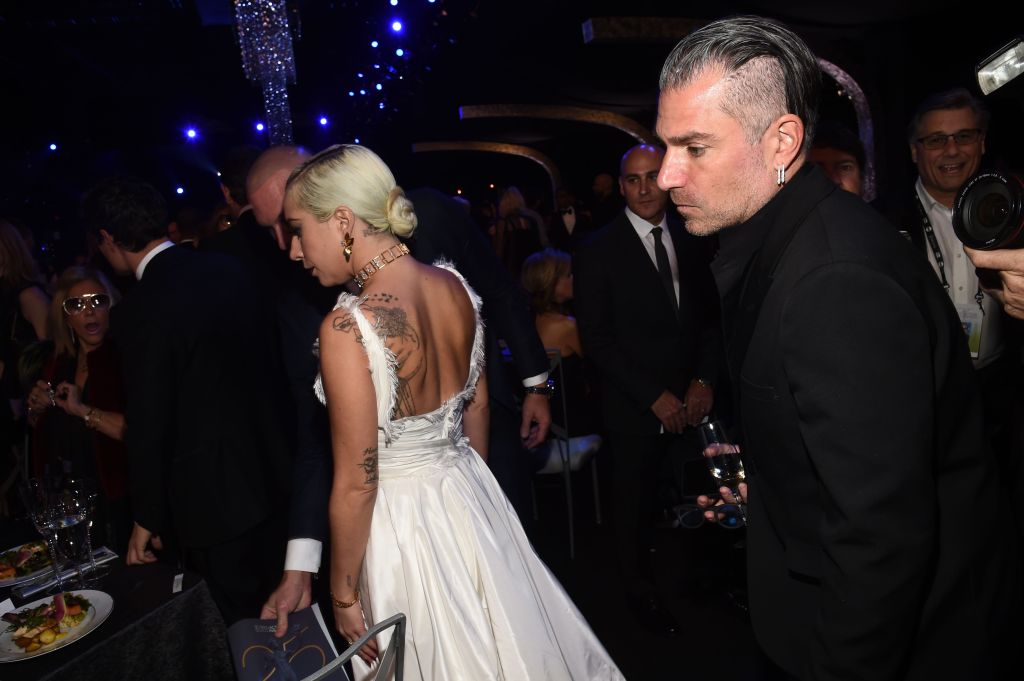 The 50-year-old talent agent and his 32-year-old fiancé also attended the Golden Globes together on January 6, 2019. Gaga was nominated at both awards shows for her role as Ally in A Star is Born.

As of right now, it appears the couple has definitely hit a few bumps. We’re hoping they can pull through. Gaga seems in high spirits though, just revealing a “La Vie En Rose” tattoo on Instagram for Valentine’s Day. The quote is a tribute to one of her most memorable moments in A Star is Born. “Happy Valentine’s Day. A tattoo toast to “la vie en rose” by the beautiful @winterstone my spinal cord is now a rose,” the singer wrote, whose tattoos spans the entirety of her back.