When awards season started, we all waited to see what stunning ensembles Lady Gaga would impress us with. True to form, Gaga’s much-anticipated Golden Globes dress—an ice-blue dream with a massive train—totally lived up to the hype. And the A Star Is Born singer/actress is clearly taking smaller awards ceremonies just as seriously. On Tuesday, Gaga waltzed into the National Board of Review Awards Gala in a stunning tuxedo gown carrying—wait for it—a feather clutch that’s bigger than my freaking head.

Gaga accessorized her Ralph Lauren dress with black pumps and diamond earrings—and wore a classic red lip to match. The entire ensemble screamed Old Hollywood, well, until you get to the clutch (or pom-pom, or whatever it is). The giant puff of black and gold feathers became the focal point of her stunning look—even the thigh-high slit in her gown couldn’t distract from what has to be the most interesting (and perhaps most confusing) statement accessory we’ve ever seen. 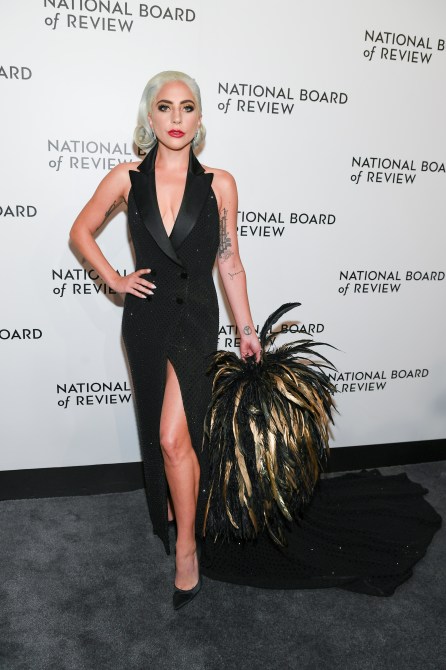 In fact, this feathery puff of magnificence (or whatever you want to call it) wields so much power it demands attention at all times—even when Bradley Cooper, one of the most beautiful men on this planet, is standing right next to it. 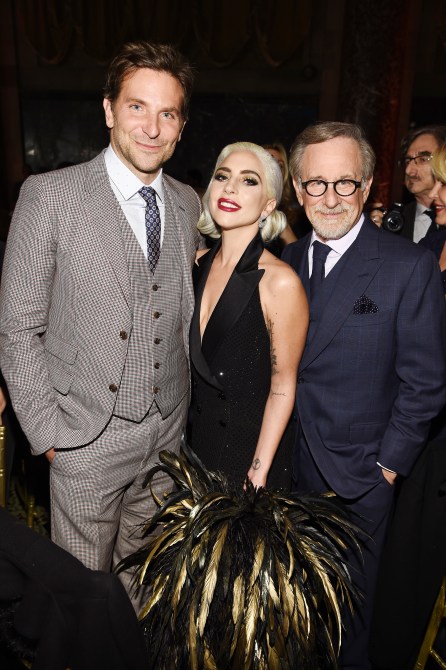 As if the sheer existence of this massive feather pom-pom/clutch wasn’t enough, the poof had its own designated valet—Stephen Colbert—who carried the statement piece when Gaga hit the stage to accept her Best Actress award at the gala. That’s basically the Hollywood equivalent of someone saying, “Here, hold my earrings” before they get into a fight, leaving the rest of us feeling like that woman clapping and cheering in the background. 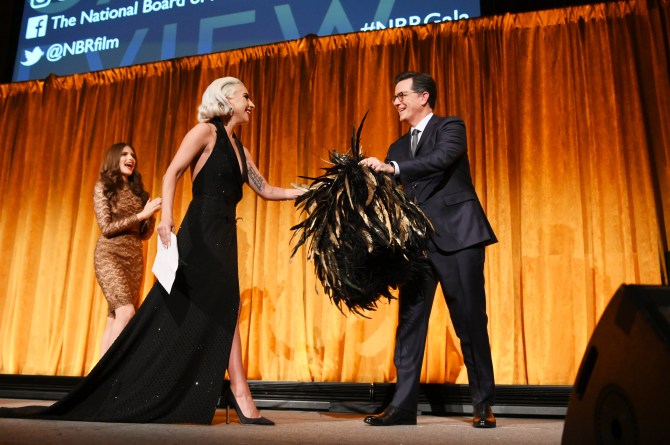 Though we understand we should love and respect this massive pom-pom, the question remains: What…is it? But also, do we care? Showing up to an awards ceremony looking like your own cheerleader—pom-pom and all—is a sartorial power move if we’ve ever seen one. And honestly, we’re totally joining her cheer squad.