Lady Gaga is Elle’s October cover star, and for the Ruth Hogben-helmed shoot—as well as the accompanying interview—the pop star shows a different side of herself, with one key characteristic of note: all the photos show Gaga through panes of glass. This might be a metaphorical statement on Gaga seeing herself clearer than ever now, and being more honest about her roots and her past self.

“I am—Stefani is—a perpetually tortured artist,” Gaga reveals in the interview. “That’s why I changed my name. I can’t be her in public. She would be a mess!”

MORE: 5 Things We Learned from Gaga’s Appearance on WWHL

And to accompany the inside spread, Elle also collaborated with photographer Hogben to craft a behind-the-scenes fashion film of Gaga’s shoot, appropriately titled “The Glass House.” Again, only snippets of Gaga are shown, and largely through the windows of the titular house.

The film is set to a cool remix of her latest single “Applause,” and it sets the tone for the spread and the interview nicely. Watch the clip above, then head to Elle to read snippets from the interview, which hits stands September 24. 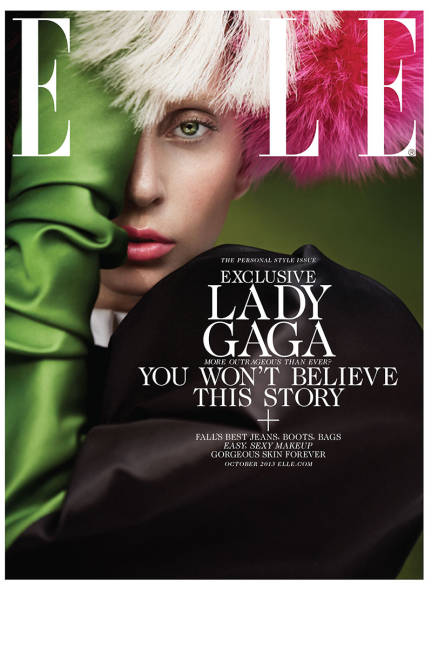