Let me start off here by saying that I have always really identified with Lady Gaga on a deeply personal level. You’re probably already rolling your eyes, but hear me out for just one second. So, Gaga and I both have strong Italian, Catholic, New York roots (which in and of itself could be its own little society), and sisters named Natali(e). We’ve both battled eating disorders and are extremely devoted to mental health advocacy. And as far as I can tell without actually knowing her, we seem to have similar personalities: bold, eccentric, and animated, yet introverted and rooted to strong values at the core. So basically, we are the same person.

And now for the fun part: we look a lot alike, or so I’m told. 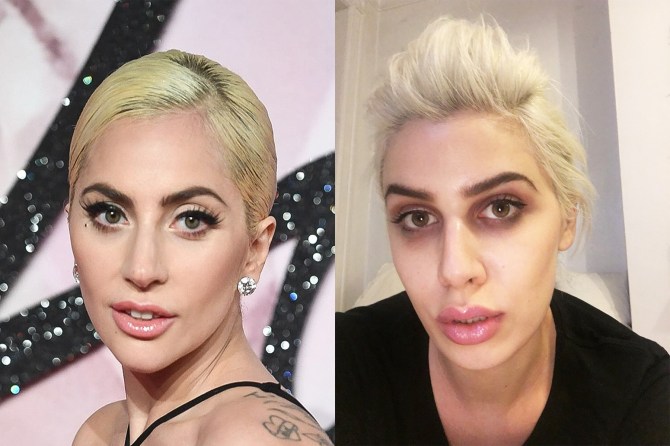 It all started in college, not long after she released her first single, when my friends and random, inebriated strangers at dive bars would call me LADY GAGA (all caps because they would YELL IT) just to be funny because of my bold outfits, big hair, and general eccentricity.

Once I graduated college, I moved to New York City and shortly thereafter bleached my hair. And since then, it’s at least twice a week that I get stopped or even harassed by strangers and/or paparazzi mistaking me and my white hair and dark eyebrows for Gaga. I have been chased through Gramercy Park, accosted by a group of rowdy teens outside my office building, and bombarded by paparazzi in Lower Manhattan not once, but four times. A few months ago, I was on a regional flight to Pittsburgh when the passenger next to me not-so-inconspicuously phoned his wife before takeoff to let her know he was sitting next to Lady Gaga. Nope, the real Gaga. Yes, he was sure. How dare you doubt my pop-culture awareness, Sandra! Because there she was, flying economy, to Western Pennsylvania. 🙄 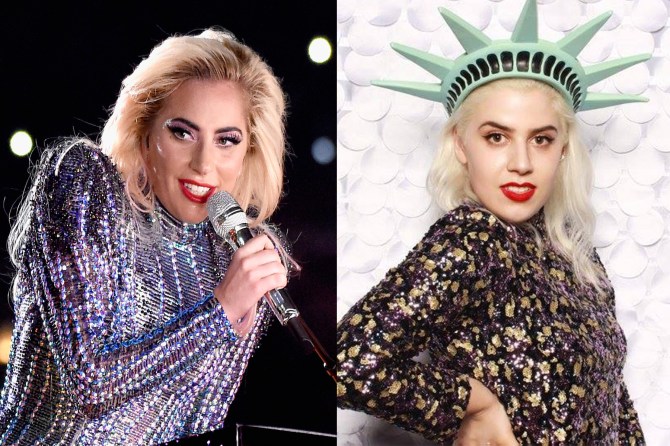 And it doesn’t stop there. Recently at Starbucks, instead of spelling my name with a “K” or something weird, they spelled “Christina” like “Lady Gaga” (not even close, how weird!) and subsequently caused a scene among patrons who thought they were in the presence of the woman who now goes by Joanne (why didn’t they write Joanne on my cup?). 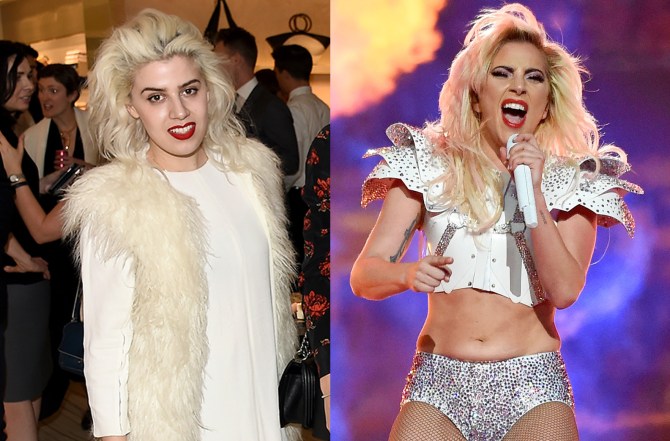 And then of course, there are the people of the interwebs, God love ’em. A friend’s grandmother who didn’t know me commented on a picture of us together and asked what her granddaughter was doing with Lady Gaga. Strangers of Instagram tell me variations of the following: “You look like Gaga! Hey, are you and Gaga related? Omigod you look just like Lady Gaga haha.” And perhaps, most notably, even my own Mother sometimes can’t tell the difference between Gaga and I in photos like this one. (I mean, come on, even baboons know their own babies! Also, hi Mom!)

The moral of the story is, well, nothing really, except it makes life a bizarre experience to closely resemble someone known the world over. And also, I think Lady Gaga and I need a selfie together. Or else, if she ever needs a body double, I’m here for it. Joanne, call me!