OK here’s the thing. The world fell in love with Lady Gaga and Bradley Cooper the second their trailer for A Star Is Born came out. Don’t @ us. You know it’s true. Their chemistry is palpable and naturally, fans love to imagine their favorite characters actually falling in love in real life. Lady Gaga responded to Bradley Cooper dating rumors, because there are a lot. They’ve been dealing with rumors from the beginning, despite the fact that they are both very newly single.

As we’re all aware by now, Gaga called off her engagement to Christian Carino just before the Oscars and that breakup once again ignited romance rumors.  Also, Cooper just ended his long-term relationship with Irina Shayk. So, is Gaga in love with Cooper? Well, the short answer is yes. But not in the way we think. She loves him because they worked together on a project that they put their heart and souls into. They now share that bond forever. But it’s a love based in a solid friendship and admiration for one another. A familiarity that comes with spending hours and hours pouring over lines, songs, lyrics, music, etc. together. Also, she has nothing at all to do with the reason Cooper and Shayk called it quits.

The pair brought fans to their knees during their steamy rendition of the Grammy and Oscar-winning song, “Shallow.” It was a HOT performance—but it was just that, a performance.

Gaga opened up about the heart-stopping (and romance-igniting) performance on Jimmy Kimmel Live. During their chat, Kimmel pointed out that the couple “raised eyebrows” with their performance, which led to many believing the intense connection alluded to an actual romance. But Gaga shut that notion down immediately. First, with an epic eye roll— we think she knew the question was coming.

“Yes, people saw love and guess what? That’s what we wanted you to see,” the actress-singer, told Kimmel.

So it was all for show?

“[“Shallow”] is a love song, A Star Is Born is a love story,” she explained. “It was so important to both of us that we were connected the entire time…When you’re singing love songs, that’s what you want people to feel.” OK—so the performance is a love song and they wanted to give another Oscar-worthy performance of it while at the Academy Awards? We’ll buy it.

“I’m an artist and I guess [Bradley and I] did a good job…fooled ya!” the singer said with a laugh.

It’s a bit surprising that the two performers would take it so far as to—what? Trick the audience? Of course, it was a performance, but most people just get up there and sing the song. It almost feels like they were trying to spark romance rumors. They literally ended their song with a moment so full of anticipation we were convinced they were about to make out. That is a hard thing to “act.” Maybe they should’ve won Best Actor and Best Actress. That Oscars performance had more chemistry than Ally and Jackson had in the entirety of A Star is Born. Just sayin’.

Cooper even wraps his arm around Gaga’s waist during their cheek-to-cheek affectionate performance. But, like Gaga said, it was all part of the performance. And there is a love and respect between the two of them, so it wasn’t hard.

Gaga thanked Cooper during her teary acceptance speech for Best Original Song. The singer said, ““Bradley, there is not a single person on the planet that could’ve sung this song with me but you,” she said. “Thank you for believing in us, thank you so much.”

Aw! They really are the dream BFF team. Giving us all the feels.

Still, Gaga has nothing to do with Cooper and Shayk going their separate ways. A source told US Weekly, “nothing romantic” ever happened between the A Star Is Born costars. 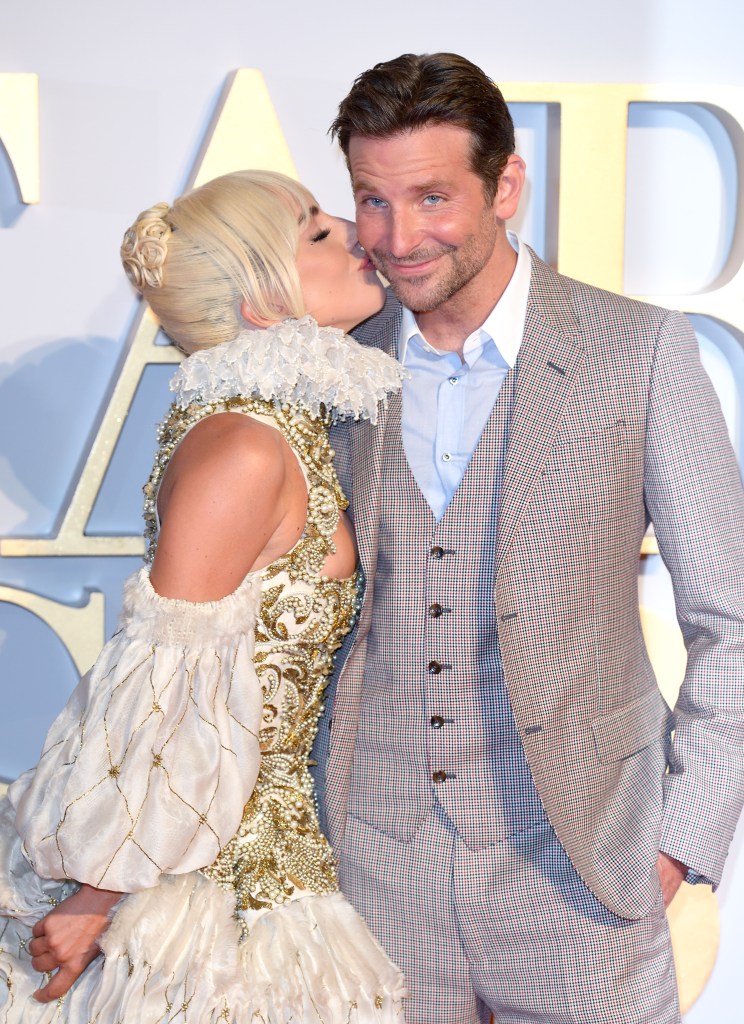 But they are sticking by each other as collaborators and friends. Their performance was heart-melting, but they were acting— that’s show business, baby!