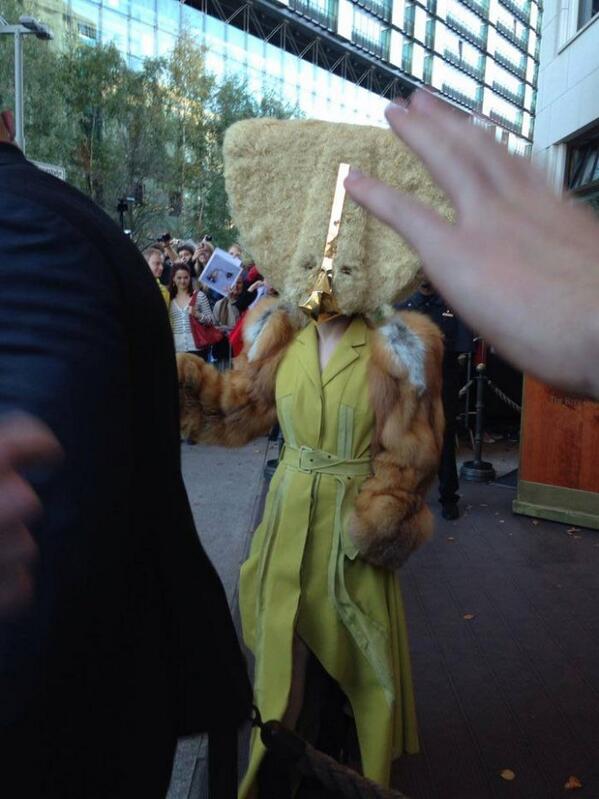 Lady Gaga is in Berlin right now, gearing up for a special performance of her forthcoming album “ARTPOP” for all her German Little Monster. As such, she’s been out and about rocking some particularly avant-garde outfits—like wrapping herself in what amounts to bedsheets—and then this one, which she stepped out of her hotel wearing this morning.

Her ensemble consists of a mustard wrap dress, a fur coat, and what appears to be a giant headpiece with a bird beak. While it might be obvious to state that she’s simply dressed as a bird, there’s might also be a bit of an homage to Egyptian headresses here, both in terms of the silhouette and the gold stripe that runs down the front of the mask.

We have to say, we love that Gaga seems to be ditching her chicer looks from the likes of Balmain and Balenciaga, and going back to her over-the-top signature style of dressing.

What do you think Gaga is going for here? Sound off in the comments below! 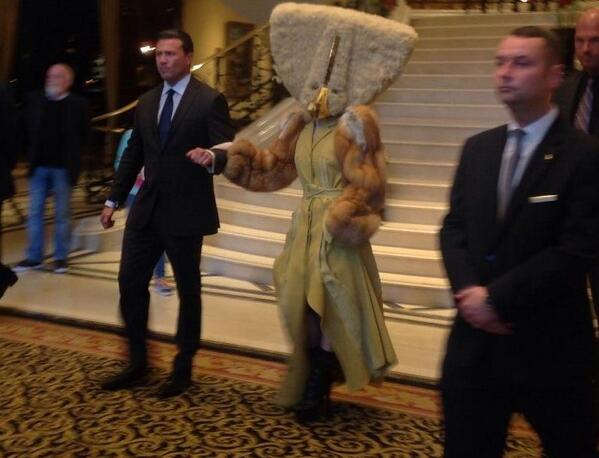