The 2019 Golden Globes red carpet is always a sea of jaw-dropping celebrity looks, and this year was no exception. Hollywood stars like Alison Brie, Amy Adams and Indya Moore dressed to seriously impress, but it comes as no surprise that perhaps the most-anticipated red carpet moment of the night was the reveal of Lady Gaga’s 2019 Golden Globes look.

The singer, actress and general queen hasn’t graced the Golden Globes since 2016, when she won an award for her performance in American Horror Story: Hotel. This year, the style icon is nominated for her acting and songwriting for beloved film A Star Is Born, and her much-awaited ensemble did not disappoint. Lady Gaga hit the red carpet in a jaw-dropping, off-the-shoulder ice blue gown, which she matched to her f*cking hair. That’s right, not only did she sport a massive ice blue ball gown, but she also sported sleekly styled ice blue hair. (We’re not OK.) 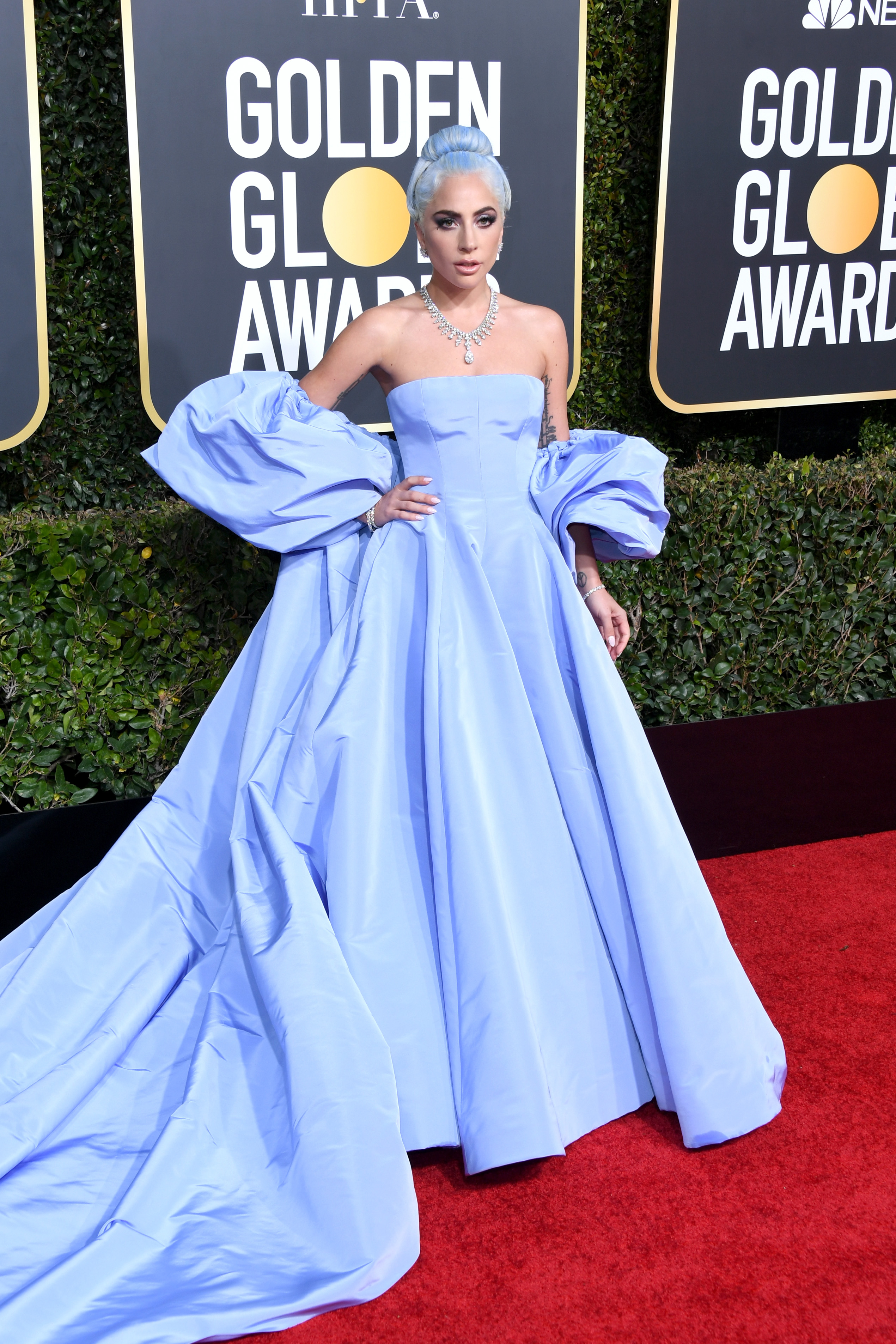 When we say Gaga’s dress was jaw-dropping, we mean jaw-dropping. The empire waist gown featured a train at least six feet in length. Like, people had to carry this thing around to make sure people didn’t step on it. That’s a queen move. But it wasn’t just the train that was spectacular—the gown’s bodice was equally so. The neckline was cut like a standard strapless dress, but Gaga wore massive puffy sleeves around her elbows like an extremely drapey shawl. To be clear, she wasn’t wearing a shawl—those were literal sleeves. (Which somehow makes the dress even more badass.)

To top off her already-stunning ensemble, Gaga wore a massive diamond necklace and equally commanding diamond earrings. Her hair was slicked into a coiffed updo—one resembling a futuristic ballerina bun, rendered in the same ice blue as her dress, of course. Her dramatic eyeshadow featured the same shade of blue, and the trifecta of color gave us ice queen vibes in the best possible way.

Lady Gaga has always been the star to watch on any red carpet (TBT to the meat dress and every single mask/veil Gaga has donned). It’s no surprise that she completely took our breath away this year. We’ve been fans of Gaga since “LoveGame” was a number one hit, and we can’t wait to see what else she’ll sport on the awards circuit this season.