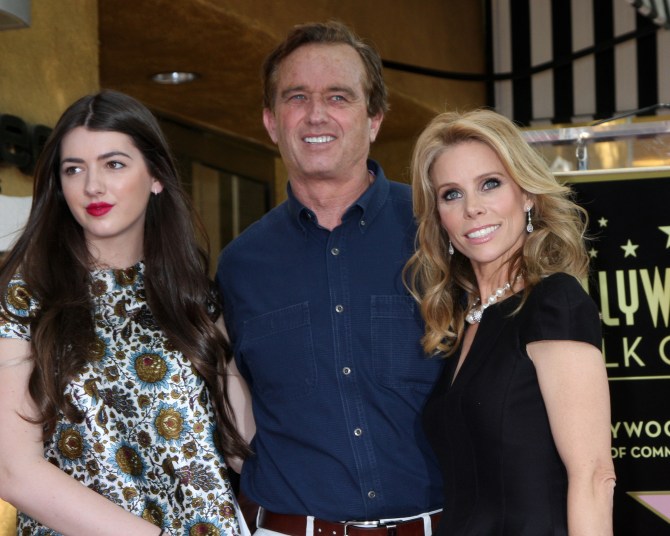 Kyra Kennedy, progeny of Robert F. Kennedy Jr, has been banned from social media indefinitely by her famous father, Page Six reports. Wait, what? OK, back up. Lil’ Kyra was spotlighted in the New York Times two days ago in a profile ushering in the era of a new digital zeitgeist, the “Snap Pack” (“Move Over, Rat Pack and Brat Pack: Here Comes the Snap Pack”). Kyra, 20, and her ghosty gang are depicted as your basic nightmare in the piece: entitled, vapid, the works. Never one to let the Times have all the shine, New York’s Allie Jones wrote a short eye-roll piece about the feature. And then all hell broke loose.

Kyra and BFF Andrew Warren, another Snap Packer, took to IG that night to troll Jones hard, posting such things on her pics such as “I can play games too bitch” and “Clearly taking your insecurities out on others. We can play too” (Kyra); and “Oooo ya fierce” and “Large N In Charge” (Warren).

So now, Daddy Kennedy has shut it down, ordering his socialite daughter to step away from her phone. “Mr. Kennedy has spoken to Kyra and informed his daughter that their family does not bully people. He has instructed her to shut down all of her social media accounts immediately,” his rep told Page Six. Warren is still very much on social, though; I guess his dad doesn’t care.

Her Insta and Snapchat have, indeed, vanished, but her Twitter still exists. Maybe that got a pass since Twitter is clearly so yesterday to her; she hasn’t posted to it since 2014. What I really want to know: Am I next? Bring it, Snap Pack—give me the best you’ve got. Or, like, let it go, because #whocares.