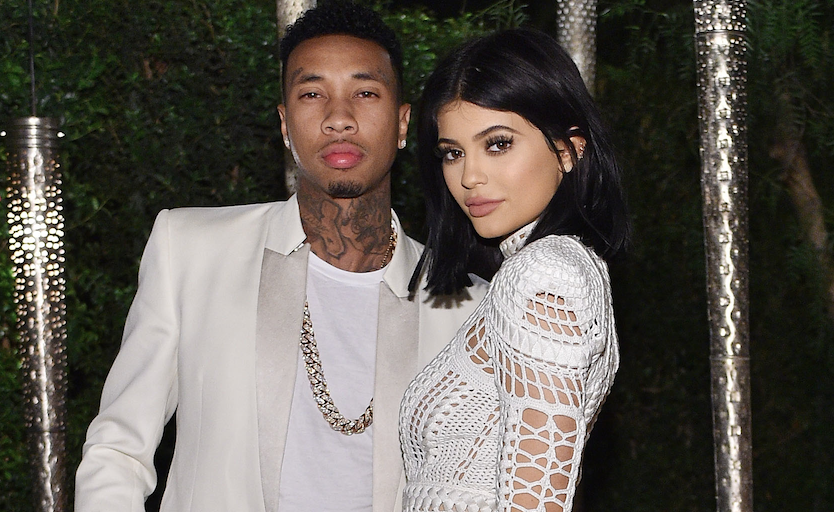 Kylie Jenner and Tyga are not about to be stepped up by the speed at which Taylor Swift and Tom Hiddleston are blasting through relationship milestones. Hiddleswift may have met each other’s parents over the weekend, but they don’t live together (yet). Though Kyga broke up a couple of months ago, they are once again back together—and Ky has asked Ty to move into her new Hidden Hills mansion, People reports.

Tyga “still has money problems,” a source told the publication, so a move into his on-again, off-again girlfriend’s huge house probably sounds pretty good right about now. (Oh, also, they’re in love or whatever.) Though he’s recently dealt with pesky things like back taxes, unpaid rent, and alleged diamond-stealing (just a “misunderstanding,” according to his rep), he also has no problem dropping $45,000 on an 18-carat diamond grill or $320,000 on a Ferrari for Jenner’s 18th birthday (some said it was actually leased, but Tyga obviously slammed those rumors), so—this may elucidate where those money probs are coming from.

As to her famous family (maybe you’ve heard of them?), they’re not concerned about the reemergence of Kyga. “Her family isn’t too upset about Kylie and Tyga being back together,” the source told People. “They don’t think it’s permanent.”

Who knows what happened to Jenner’s rumored boyfriend, PartyNextDoor, and Tyga’s rumored girlfriend, Amina Blue, but—today is another day in Los Angeles. “They don’t know what will happen, but they care about each other and weren’t ready to walk away,” a second insider told People.