It’s the saga that never ends: Kylie Jenner and Travis Scott’s Grammys 2019 photos are fueling more engagement rumors. One week after the 2019 Super Bowl, in which the Kylie Cosmetics founder was photographed with a massive ring on that finger, Jenner and Scott walked the Grammys red carpet—with an interesting accessory on the Keeping Up with the Kardashians star’s hands.

For her Grammys look, Jenner wore off-white pants with a straight-jacket-inspired top from Balmain. The whole look was accessorized with long matching gloves. Now, we’re no experts, but the gloves—which seemed to be attached to Jenner’s top—conveniently covered hands—a.k.a. her engagement ring finger. Of course, there are ton of reasons that Jenner covered her hands. Gloves are in (Cardi B also wore a pair). She’s a germaphobe. She didn’t feel like doing her nails. But there’s also the reason that she didn’t want cameras photographing hands—and a possible engagement ring. As stylish as they are, gloves are definitely a way to keep one’s hands from being seen. 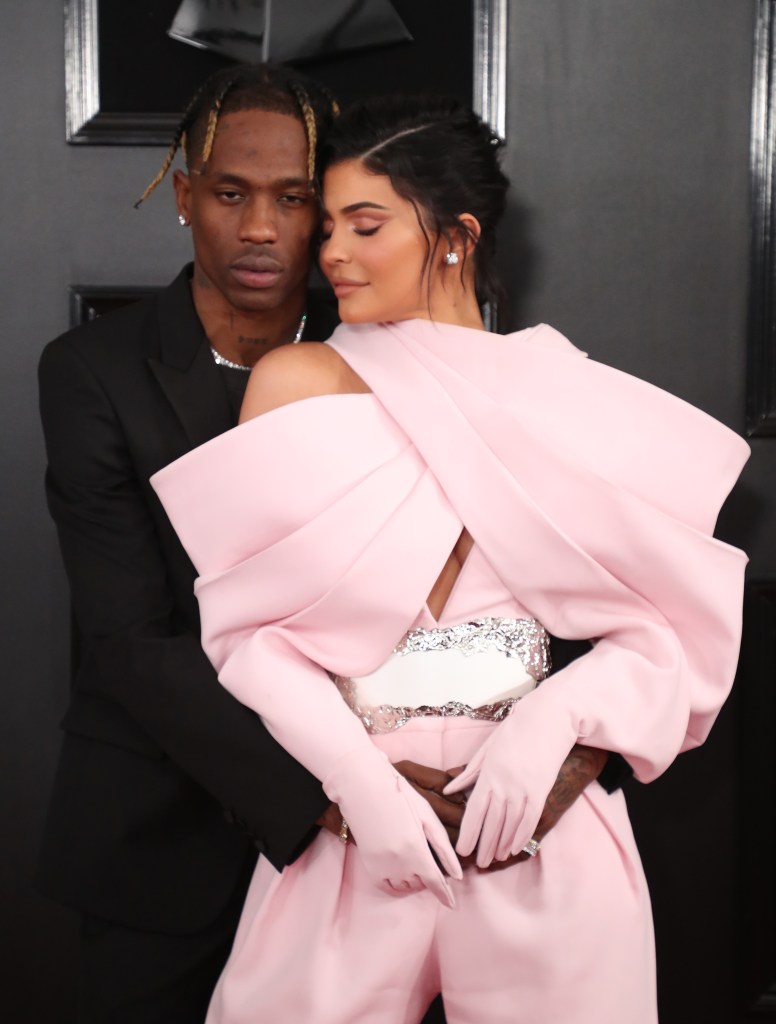 Jenner was last photographed with a ring on her finger at her and Scott’s daughter Stormi Webster’s first birthday party on Saturday, February 9. Eagle-eyed fans spotted the E! personality with a dazzler on her ring finger, which didn’t help the speculation. “Everyone really gonna ignore that ring?! 😍😭 Fav couple ever! #Websters #StormiWorld @KylieJenner @trvisXX,” one fan wrote.

Though engagement rumors have circling Jenner and Scott for a while, the speculation reached an all-time high at the 2019 Super Bowl last weekend, when fans believed Scott would propose to his girlfriend of two years at the halftime show. And while Scott didn’t propose at the halftime show, Jenner was photographed with a massive ring backstage, leading fans to believe that she was proposed to at the Super Bowl after all.

No word yet on whether Scott and Jenner are actually engaged (we’re starting to lose hope that they’ll ever tell us), but the 21-year-old’s Grammys gloves outfit is definitely not helping the speculation.