As you may or may not recall, there were some rumors going around that Travis Scott cheated on his reality star girlfriend and mother of us his child. But in this (super awkward) video, Kylie Jenner and Scott react to the cheating rumors. Guys—it’s cringeworthy. We truly can’t imagine just trying to go about your day and having a reporter follow you around asking personal questions about your life.

Regardless, it seems all is well in the Scott-Jenner household because the pair was just spotted on a family dinner. And who third-wheeled? A TMZ reporter asking all kinds of questions about their relationship. He grilled them, asking how they were doing and commenting on how great it was to see them back together. Eek. The most awkward part is that neither Jenner or Scott even look at the guy—but again, understandable but he’s ~totally~ invading their personal space.

Since the cheating scandal broke, Scott has been working hard to prove his love to Jenner. Just two days after the 26-year-old denied cheating on his beauty mogul GF, he gave Jenner a shout-out at his Astroworld tour stop at Madison Square Garden. The rapper performed at New York City’s Madison Square Garden on March 2, and a video obtained by TMZ shows Scott ending his show with “Sicko Mode” and a sweet call to the mother of his daughter (one-year-old Stormi Webster). 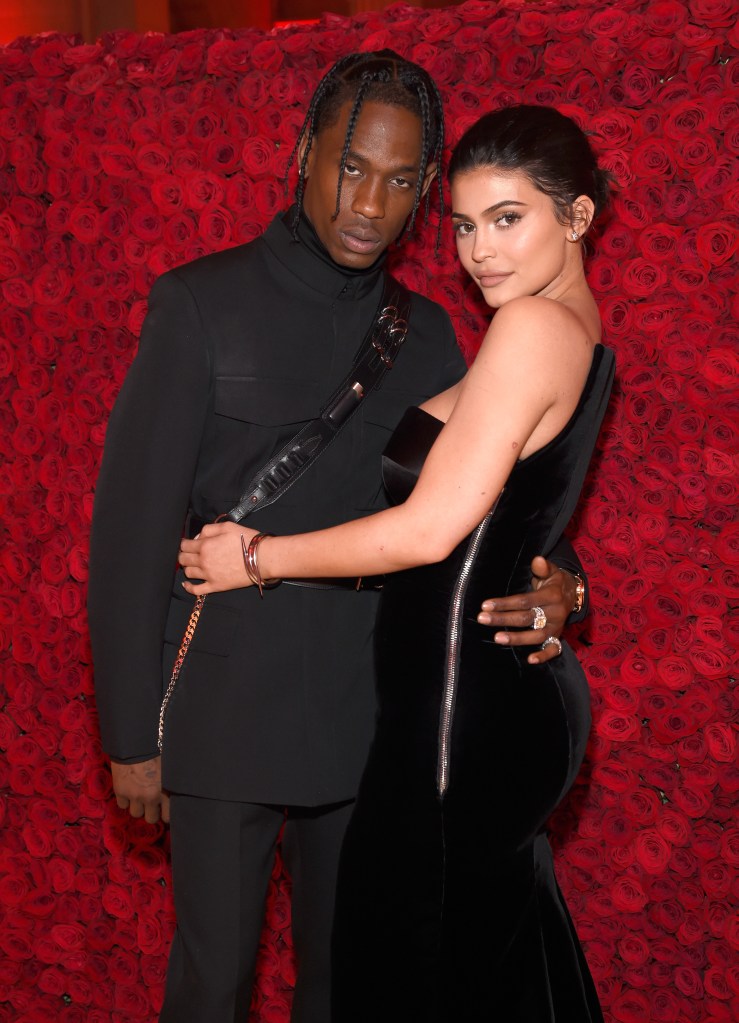 Scott said to the crowd, “I love y’all NYC,” and then added, “Love you, Wifey.” He is using the affectionate name the couple call one another (Jenner often calls Scott “hubby,” even though they are not married). So it seems like an intentional shout-out to his girlfriend. He wants her to know he’s publicly showing his love and adoration for her and wants fans to know he’s still super on-board with the young businesswoman.

For now, it seems like the couple must be on good terms. They looked perturbed when getting into their car but we’re guessing it had something to do with the stranger with a camera and not any ill will or animosity between them.