After being secretive about Kylie’s entire pregnancy and their daughter birth back in early 2018–it looks like the world is getting more details about that special moment. Kylie Jenner shared Stormi’s birth in a new video from Travis Scott’s Look Mom I Can Fly Netflix documentary. Though a good chunk of the documentary chronicles Trav’s childhood and his music career–Kylie and Stormi also have major moments in it.

Stormi is in the movie quite a bit. However, some birth footage of the babe-as well as Kylie snuggling up to the little one fresh out of the womb has never been seen before. There is also a moment when Travis is congratulated by his family. Though Stormi’s birth was kept under wraps, we’ve certainly seen a ton of the tiny tot in her first year and a half of life.

She often appears on her mom’s Instagram–looking stylish on vacation. Back in Feb 2019 for her first birthday–her parents planned her a massive blow out party– with a Stormiworld theme that was a play on Travis’ Astroworld album and tour. It was quite cute. In fact–the little was on hand with her parents at her dad’s Look Mom I Can Fly movie premiere. She even blessed us with her presence on the red carpet. 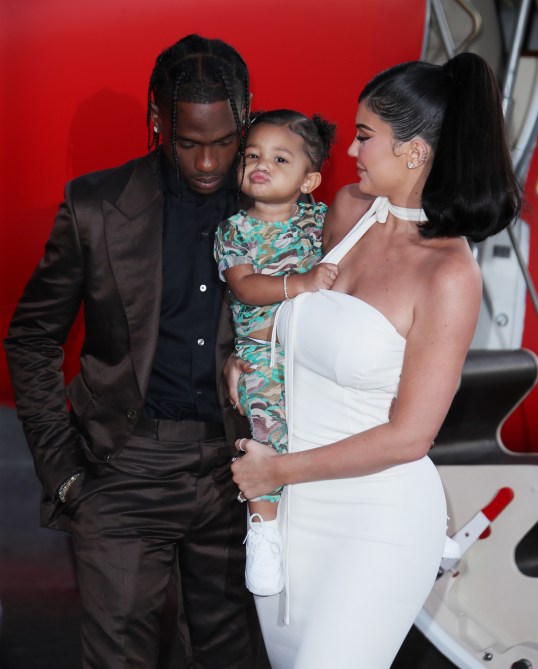 Though Kylie and Travis are said to be actively working on giving Stormi a sibling–they can’t seem to agree on getting married. “Marriage isn’t important to Kylie, but it’s increasingly important to Travis,” an insider source told Us Weekly. “Travis is definitely into it. Kylie hasn’t expressed huge interest in getting married, but they’ve talked about it a lot.”