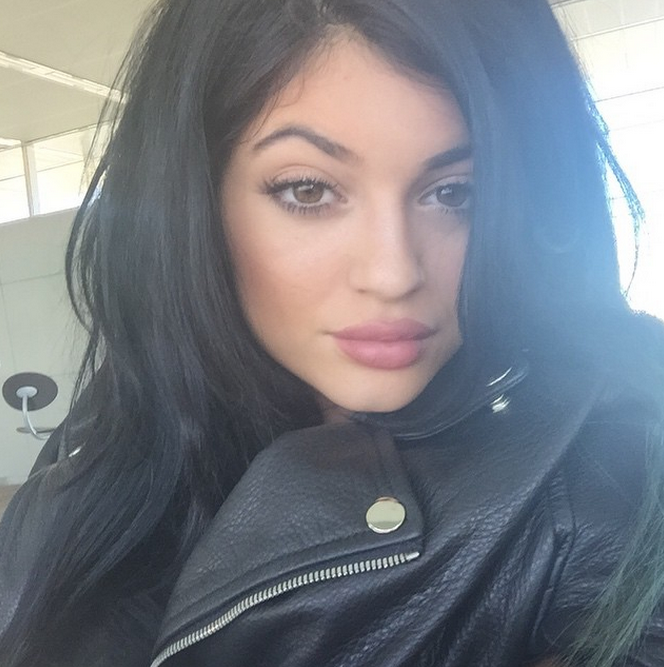 Obviously, Kylie Jenner‘s massive lips are the cause of much speculation: Are they real, or aren’t they?

Since fans and the press started commenting on her shockingly plumped-up pout last year, Kylie’s maintained that the look is real–well, kind of. No, she’s not admitting to injections and fillers, but instead thanks the strategic use of makeup. Now, it’s been revealed Kylie spends a full 40 minutes to score that inflated look—yep, that’s 4-0.

Just to put that into perspective, in the time it takes to do fly from Los Angeles to San Diego or complete an entire yoga class, Kylie can apply makeup to one part of her body.

On Sunday’s episode of “Keeping Up With The Kardashians,” Scott Disick commented on how the teen achieves the inflated look.

While Kylie fixed her makeup in the mirror, Scott said, “Have you seen her do her lipstick? It takes like 40 minutes and then she like pulls one lip, pushes one out.”

He then adds: ‘I don’t understand why everybody thinks it’s so cute to duck [your lips] out!’

MORE: Dear Kylie Jenner, Ease Up on the Sexy Selfies (an Open Letter)

Kylie opened up about her famous, full lips in the February 2015 issue of Cosmopolitan: “You guys have watched me grow up since I was 9. My face is going to get different. Now, I know how to do my makeup, contour and everything. I’m not against surgery. I’d never say no, but I don’t desire it right now.”

You’ve got to hand it to her: If Kylie really does spend a full 40 minutes perfecting that pout, at least the girl’s committed.