Le sigh. We want to move on with our lives, we really do, but the KarJenners have doomed us to live in the past. After months of silence, Kylie Jenner finally reacted to the Jordyn Woods scandal involving Khloé Kardashian’s ex-man Tristan Thompson and honestly, we’re cringing. To give you the quick and dirty version of what went down, (because a long weekend is coming, and we have other things to do) here’s the tea. NBA player Tristian Thompson enjoys the company of any woman he’s not in a relationship with. He saw Jenner’s former BFF Jordyn Woods at his house party during Valentine’s Day weekend, kissed her as she walked out, and all hell broke loose.

If you recall, because this entire thing–was a thing for WEEKS, Thompson openly cheated on Kardashian back in 2018. When the news broke that he’d been spreading his peen all over these good United States, Khloé went into labor with their daughter, True Thompson. The Good American designer tried to convince herself that Thompson wasn’t a f*ck boi–even though he did the SAME THING to his first baby mama, but we guess the Woods ordeal tipped her over the edge.

In a new clip from an upcoming episode of Keeping up with the Kardashians, we get to see how Khloé and Kylie reacted to the smooch heard around the world. In the clip, Kylie is clearly upset about the whole ordeal saying, “she [ meaning Jordyn] f*cked up.” Later, Stormi’s mom is seen comforting her big sis, saying, “Just know I love you.”

The mastermind behind it all, Mama Kris Jenner tearfully tells her youngest daughter, “For you and Jordyn, it’s like a divorce.”

For her part, Khloé seems to be in shambles–we all recall that she was ranting at Jordyn all over Al Gore’s internet like her “man” wasn’t the aggressor, but in the clip she’s screaming “Liar!!” into her phone as her friends are telling her all of the dirty deets.  We all know what happened after that, the internet dragged True’s mama for coming for a little girl, Woods spoke her peace on Red Table Talk, and Kylie went on vacation with her man. 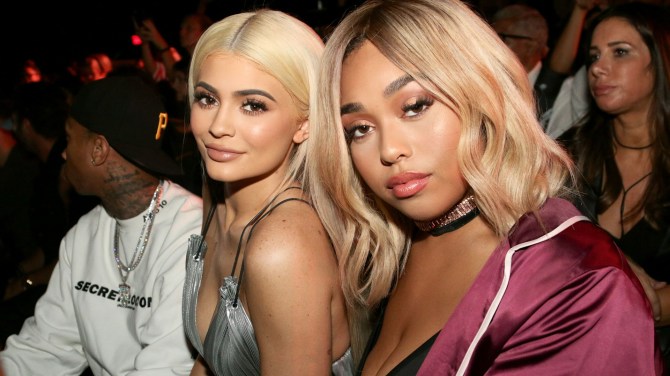 Thankfully, since this whole thing went down in February, everyone seems to have moved on. Woods has officially moved out of Jenner’s home, and she’s apparently learned what it’s like to be a Black woman. Khloé is still selling flat tummy tea and posting inspirational quotes on the internet, and Kylie just launched Kylie Skin.

An insider recently told People, “Kylie is still in contact with Jordyn occasionally, but they are never going to be best friends ever again. Kylie has moved on and seems very happy.”