And we’re sure this has nothing to do with distracting folks from Kendall’s Pepsi commercial at all...

The last thing I want to allude to this early on a Monday is an act of trickery, but Kylie Jenner really isn’t fooling anyone with a reported act of kindness that took place over the weekend. For those who are unaware, the 19-year-old reality player, makeup maven, and occasional model, apparently jumped at the chance to help a lonely Sacramento high schooler, Alberto Ochoa, be the envy of his prom when she accepted his request to join him at the rite-of-passage shindig this past Saturday, after his first prom choice reportedly turned him down.

MORE: How Kylie Jenner and Tyga Fell in Love

“The high school junior became an instant legend among his peers on Saturday night,” the Daily Mail details, “when he surprised them all by turning up at [the] Rio Americano [High School] prom with the reality star hanging on his arm.” 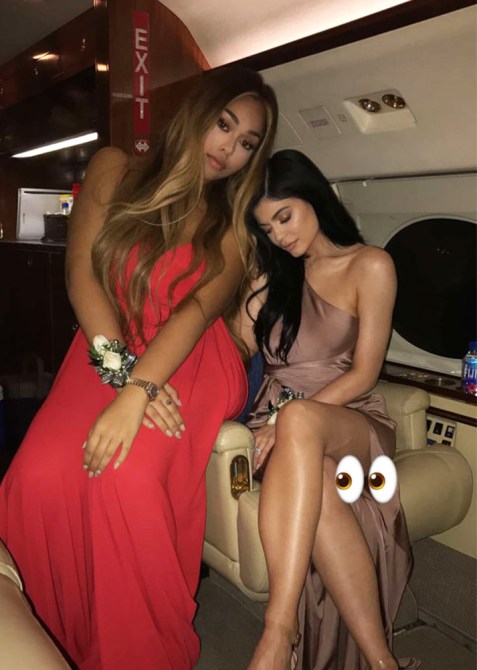 And of course, there were lots of snapshots and videos of the dolled-up Kylie performing her kind deed at the Tsakopoulos Library Galleria, where the school-based function took place, including the obligatory “hands where I can see ‘em!” final slow dance, because this is Kylie Jenner we’re talking about and of course, Keeping Up With the Kardashians cameramen follow her absolutely everywhere. Looks like her BFF Jordyn Woods made an appearance, too, what with their matching rose corsages.

In the end, however, I suppose no one was really a major loser that fateful night: Alberto was, unsurprisingly,  the subject of envy from most his prom peers (including that girl who turned him down), and Kylie partially made us all forget that tone-deaf Pepsi commercial that her sister, Kendall, is still getting blasted over.

Oops, was I not supposed to bring that up? My bad!

MORE: The Week In Naked Celebrity Instagrams, Because Why Not