We know what you’re thinking: “Kylie Jenner plastic surgery?!” Yes, we’re aware that the youngest member of the Kardashian-Jenner family is only 16 years old, but it has to be said: The kid looks really, really different.

It’s not breaking news that the Kardashian family has no qualms with, um, tweaking their collective visages. We don’t need to launch into a whole thing about how Kris Jenner, Kim, Khloe, even Bruce Jenner all look totally different than they did a few years (or in some cases, months) ago, but we will say that Kylie is also starting to look the most unrecognizable and—dare we say it—incredibly plastic.

MORE: Is Eiza González Addicted To Plastic Surgery? See Before & After

Sure, we could argue that it must be tough on Kylie that her 18-year-old sister and partner in crime Kendall Jenner is killing it on the model front, having walked in some big shows during fashion week, rubbing shoulders with Anna Wintour, and appearing on Vogue.com, or we could say that seeing yourself on TV and in tabloids can cause you to become increasingly self-critical, but the girl is 16 years old.

We’re not the only ones who think something’s up with Kylie’s look. According to a report in OK! Australia, experts claimed Kylie got Botox, lip plumpers, and has had a nose job, a claim which her rep of course denied.

Here’s the interesting part though: In early February, the teenager was rushed to the hospital after a trampoline accident, which some say was staged as an excuse for surgery. A quick peek on Getty Images, and it seems Kylie’s last public appearance was in late January, followed by one at the end of February. Hmm.

Hey, maybe we’re imagining things and she just got a lot of rest and relaxation and drank the miracle face-changing juice the rest of her family chugs. However, the below photo is a familiar-looking Kylie in late December, followed by several recent Instagram pics. Judge for yourself. 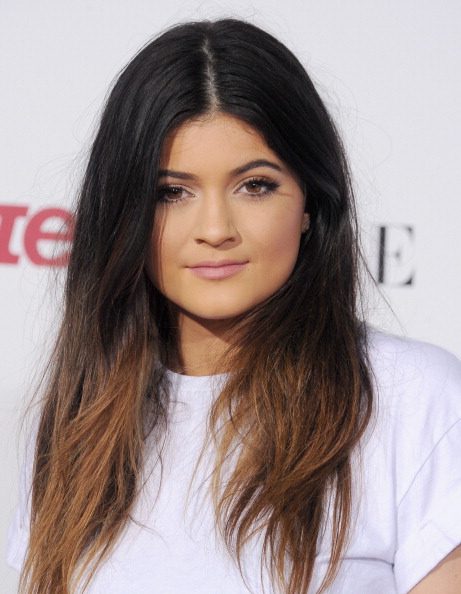 a little grey never hurt nobody

when your weave blows in the wind