Kylie Jenner‘s been known to sport some krazy wigs—from her platinum blonde bob at the 2017 Met Gala to her purple locks at Coachella—so you would think that when the 19-year-old cut her actual hair into something relatively normal like, say, a shoulder-length bob, we wouldn’t be freaking out. (Wrong!)

Fans of the younger Jenner sister (us included) were shook when Kylie casually dropped a bombshell on us on Instagram yesterday: She chopped off her waist-length dark brown hair into a striking shoulder-length bob. Though we’ll never know for sure how long Kylie’s hair was before she lobbed it off (homegirl loves her extensions), we’re still so excited to see the Kylie Cosmetics mogul’s new summer do.

MORE: This Designer Has Receipts that Say Kylie Jenner Stole Her Ideas

In typical Kylie fashion, she nonchalantly debuted the cut via a paparazzi shot with nothing in the caption besides a see-no-evil monkey emoji.

In other Kylie hair news (which really should be its own column, now that we think of it), the “Keeping Up with the Kardashians” star shocked us again earlier this week when she sported a dramatic platinum blonde pixie cut in a new trailer for “Life of Kylie,” the teenager’s upcoming docuseries on E! premiering July 6. 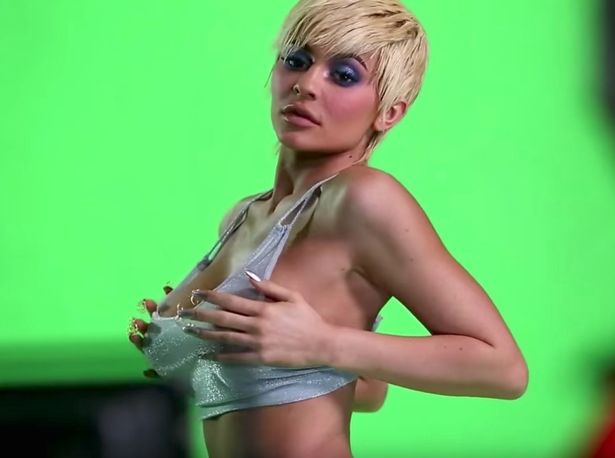 MORE: The Internet Is Roasting Kylie Jenner for Wearing Half of a Sweatshirt

Though we doubt the cut was real—it looked like the reality star was on set for a photoshoot judging from how *naturally* she grabbed her boobs—we’re still living for how Kylie looked in a pixie. Watch out, Kris. Kylie’s giving you a run for your money.