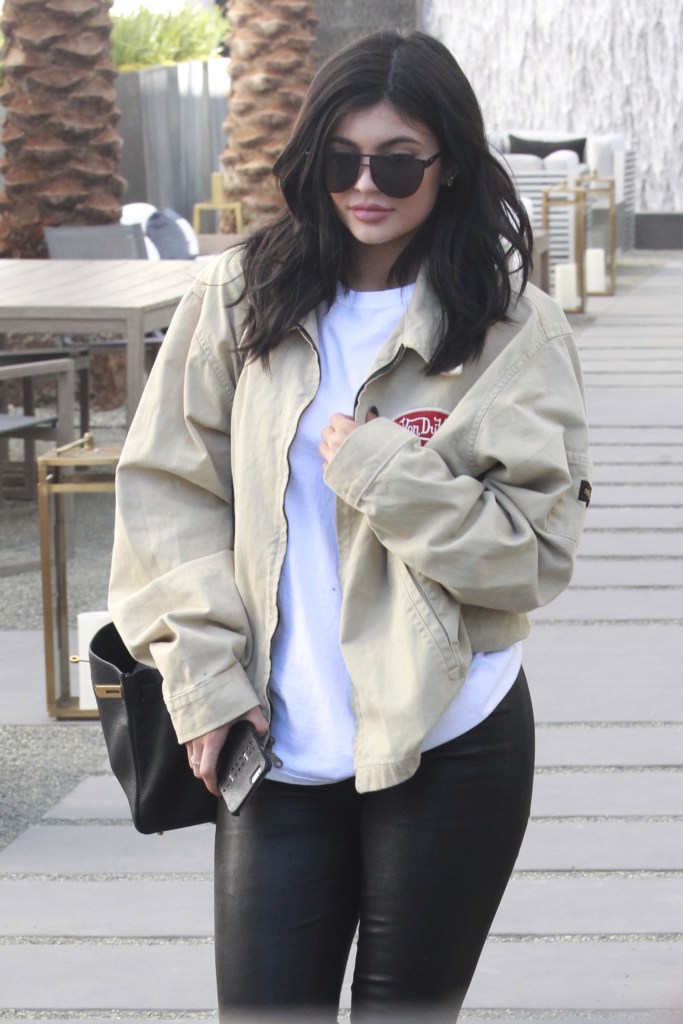 Most of us chop off our hair after a breakup or eat way too much ice cream, but Kylie Jenner doesn’t have time for that: She just bought a $6 million mansion in Hidden Hills, California, soon to leave her Calabasas mansion behind, TMZ reports. The rambling Cape Cod estate, along with her new boyfriend or whatever, PartyNextDoor, seem to be part of a carefully calculated broadcast from the teenage reality star: “Onward and upward.” OK, we get it, Kylie.

Outwardly, the 18-year-old doesn’t seem to be wasting a minute of sorrow (or a drop of tears) on Tyga, though the pair just broke up a week ago after two years of dating. She has been spotted participating in things like a photo shoot next to what appears to be her new pool, wearing a very summery outfit and bumping a volleyball—or trying to, at least. (Creative meeting for that one: “Idea: Let’s dress Kylie up in a diaphanous skirt and a lavender bikini top and have her hit a volleyball around!” “Oh my God, genius plan!”)

Anyway, Kylie’s new home is in the same nabe as her sister Kim Kardashian and mom Kris Jenner, so support will be at the ready if and when she actually decides to act like a normal teenager and feel some feelings about the breakup. Her old home, which she bought for 2.7 mil, has nothing on the new 7,000-square-foot place, which boasts six bedrooms, seven bathrooms, a pool, a wine cellar, and a gigantic walk-in closet. The old place, sadly, had only five bedrooms and a smaller pool. Kylie has been Snapchatting up a storm of late from what appears to be her new home, posting things like an enormously compelling Snapchat of herself asking, “Yo … are these chipmunks? Is this a community of chipmunks by my pool?” Kylie Jenner, asking the deep questions.