Kylie Jenner may not know everything, but she does know the difference between a chicken and a pig, and she wants to be sure you know she knows. To back up a tic: Kylie’s mom, Kris Jenner, gave her a little brown pig in a recent deleted scene of Keeping Up with the Kardashians.

It went a little like this: Kris got on the intercom and calmly announced, “Kylie Jenner, to the foyer; I have a little surprise for you!”

Kylie, who’d been casually hanging out upstairs, appeared at the top of the stairs to squeal—a bit like a little pig, in fact—”Is that a chicken?!” Ah, yes. The moment that launched a thousand Vines.

Honestly, we’re not sure why E! kept this moment out of the actual show and cordoned it off in the deleted scenes, because this is comedy gold. But true KUWTK fans found it anyway, and then they shared it with the world via social media, so—thanks, guys.

Apparently, Kylie did not appreciate being seen as the Jessica Simpson of our time, so she took to Snapchat (obvs) to clear up the confusion. “All right, so everyone keeps tweeting me this one Vine of my mom getting me a pig, and I mistake it for a chicken,” she said. “But here’s the real story behind me thinking that it’s a chicken.” 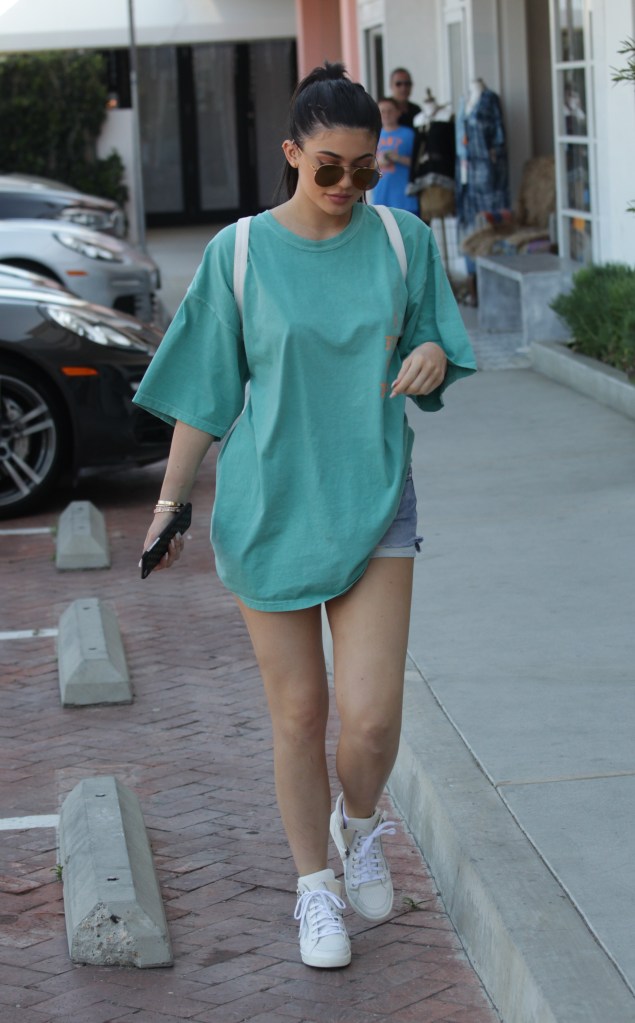 It’s not what it looks like, she said. “I love chickens. My mom asked me what I wanted for my housewarming gift [for her second mansion? Third? Who knows anymore] and I told her I want chickens. I want a chicken coop. I’m, like, dying to have a chicken. We had, like, over 10 conversations about it, so when I saw her downstairs with something all wrapped up in her arms, and I was upstairs, of course I assumed that it was a fucking chicken.”

“I never asked for a pig. We had, like, 10 conversations about this damn chicken,” Kylie added, emphatic, her eyes widening to show off her epic lashes (and Kyliner-lined eyes, we’d guess).

“But, yeah, I just wanted to make the public announcement that I do know the difference between a chicken and a pig, so you guys don’t have to worry,” she finished. “All my friends are private Snapchatting me about how funny they think the Vine is. So—thanks guys, I get it. I look real fucking stupid.”

Well—you said it, we didn’t. But we can understand why she’d think it was a chicken. If this story is true. She did, after all, tell Interview that she had high hopes for chicken-owning someday. “When I’m, like, 30, I want to go off the map, have a family, and live in Malibu with a farm, and just raise my own chickens,” she said last December. She’s not 30 yet, but maybe she’s bumped up that chicken-raising date by about, oh, 11 years.

MORE: Kylie Jenner Takes Us All on a Snapchat Tour of Her New Mansion