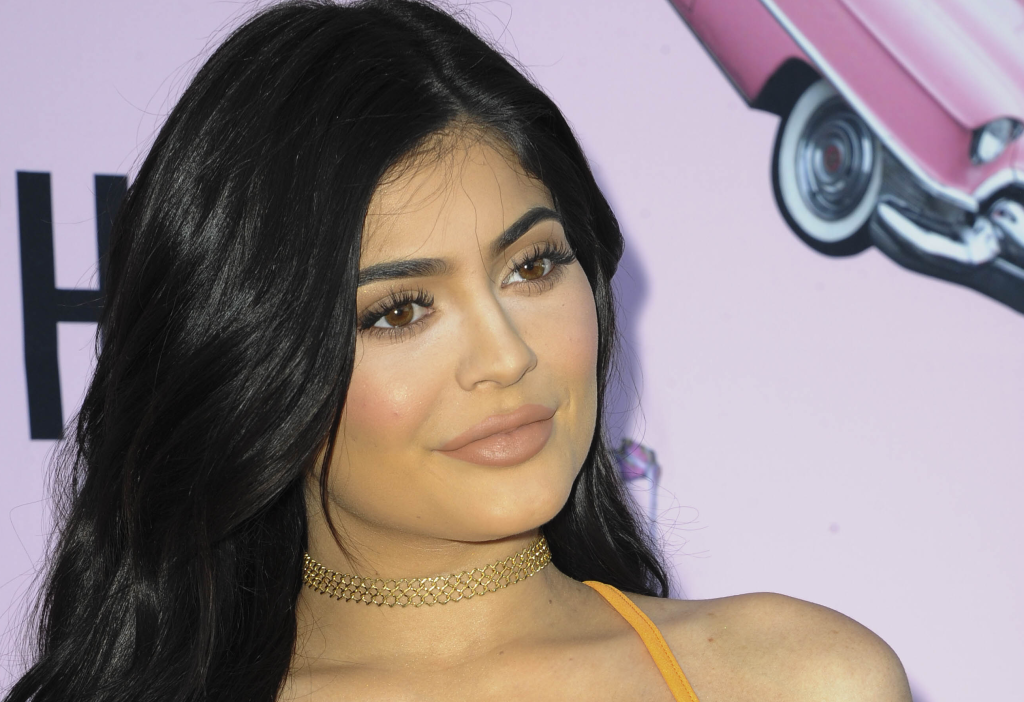 Kylie Jenner doesn’t have a birthday—she has a birthmonth. And as the actual date of her birth is upon us (tomorrow), the mini mogul has been Snapchatting the finest presents rolling in. Though she already posted the best gift of all a few days ago, when Tyga gifted her with a $200,000  Mercedes Maybach, the past 24 hours have been all about documenting loot sent to Jenner’s Hollywood Hills mansion in honor of her 19th birthday.

Like, for example, a bouncy castle from Shopify, which powers her Kylie Cosmetics website. “Oh, my God. Thank you, Shopify!” Jenner says in a video showing off the castle. “This is so funny.” She couldn’t resist posting one of her trademarked selfie videos, lip-syncing to Big Sean’s verse on DJ Khaled’s “Work for It” from the inside of the castle. “Start a new relationship with you, this is what you do / I had you after twelve but you came right after at two,” she mouthed.

Next up: A seriously baller bouquet from someone named Heather. “Look at how huge these are—136 flowers, 60 hydrangeas,” she said. “Heather, you are crazy.”

Even Alexander Wang couldn’t resist getting in on the fun. The designer sent her not one, not two, but three boxes tied with black ribbon, with a note that said, “Thought this outfit was perfect for you.”

Don’t worry: There’s more. People identified as “Carrie and Katie” sent over treats with Jenner’s dogs on them.

Someone named Mike sent sunflowers, which are apparently Jenner’s fave.

And Jenner rounded out the day before her birthday with some cupcakes. “I love you guys!” she said, getting the whole thing on tape.

Brace yourself for tomorrow. If this is the lead-up, we can only imagine what’s in store.