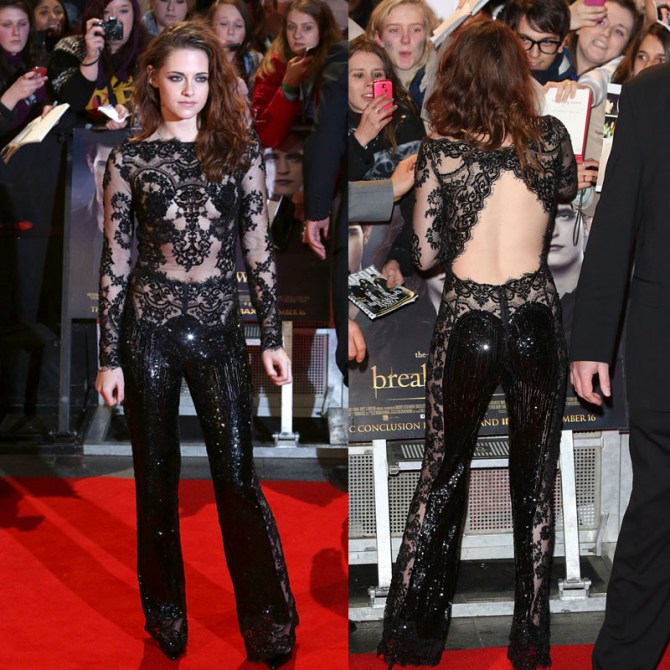 Following her stunning sheer Zuhair Murad gown at Monday’s Los Angeles “Twilight” premiere, Kristen Stewart choose an equally racy jumpsuit by the designer for tonight’s London premiere. It’s safe to say that her style has evolved since the first “Twilight” film, when she consistently kept her skin covered up and frequently opted for Converse instead of stilettos. Perhaps her sexualization post-Rupert Sanders has given her a newfound red carpet confidence.

As a side note, while everyone in our office admires her fashion risks, this jumpsuit inspired a lengthy discussion during which we concluded that here, she’s one bustier away from channeling Jennifer Lopez in “Selena.” There’s no denying that she’s got the body to rock this jumpsuit, but we do feel the overall look pales in comparison to Monday’s ensemble.

As the “Twilight” press tour heats up, we can’t wait to see what’s next—and we can only assume more skin is involved. What do you think of K-Stew’s latest look? Sound off in the comments section below!