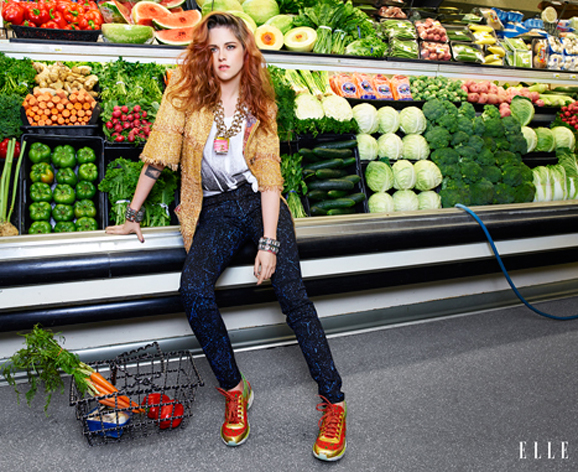 Kristen Stewart has become almost as well known for the perpetual puss on her face as she has for starring in the “Twilight” movies. However, it seems that the actress is hyper-aware of the fact that she never smiles, and explains why in this month’s issue of Elle.

MORE: This Major Star ALMOST Starred in Orange is the New Black

“Now I feel like if I smiled for a paparazzi photo—not that I ever would—that’s exactly what people would be desecrating me for,” she told the glossy. “They’d be like, ‘now you’re going to give it up, now you’re a sellout.’ Like, okay. What do you want? What would you like?”

Considering that Stewart is dressed head to toe in the Chanel for the shoot, we can’t help but roll our eyes at this. I mean, seriously, smile, you’re wearing Chanel. 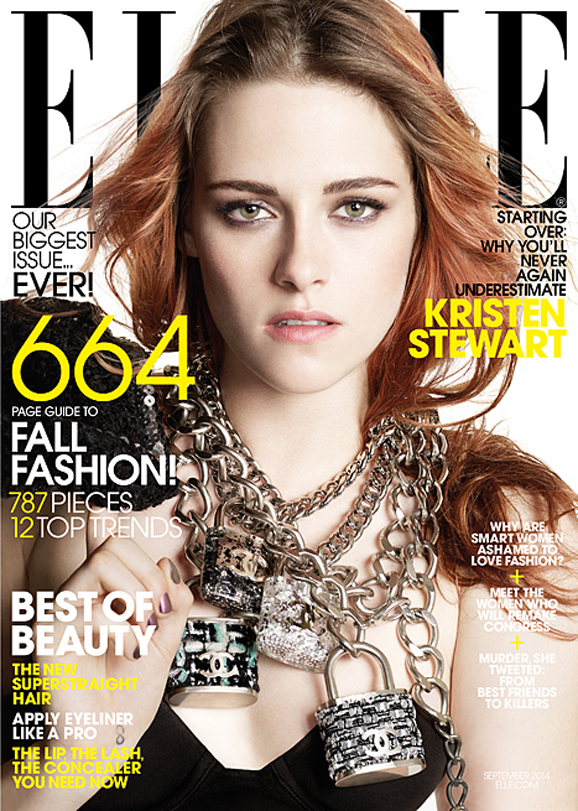 Another interesting tidbit from the interview: Stewart revealed that becoming famous overnight wasn’t so easy.

“The day the movie came out there was a picture of me—in the New York Post,” she recalled. “I was sitting on my front porch, smoking a pipe with my ex-boyfriend [Michael Angarano] and dog. And I was like, ‘Oh shit, well, I have to be aware of that.’”

Being called out for smoking, and not wanting to smile—oh, the pitfalls of being rich, gorgeous, and very famous.